Today is a hard open and shortened session. https://www.cmegroup.com/tools-information/holiday-calendar.html  Due to the Federal holiday on Thursday, November 25, the weekly Commitments of Traders report will be released on Monday, November 29 at 3:30pm.

The US equity markets are rolling over in part to renewed concerns over a new South African Covid-19 variant. Major Asian stock indexes were down about 0.5-2.5%. FTSE was off 3.0%. WTI crude oil is down about $4.30 and USD is down 50 points. The outside markets are suggesting a sharply lower open for CBOT agriculture markets, although some money inflow from equities onto some commodity markets could limit losses. There is still concern over the quality of the Australian wheat crop. Over the last couple days we saw a few import tenders, notably Egypt buying SBO and Turkey buying nearly 400,000 tons of wheat.  USDA export sales were good all around.

·         Austria reported an outbreak of bird flu on a small chicken farm near Vienna.

·         Rotterdam meal values were mixed over two-day period and vegetable oils mixed with SBO higher and rapeseed oil down about 20 eros.

·         India extended its domestic aid wheat program from end of December to March 2022.  Under the PMGKAY program, poor families will receive 5 kg of wheat and rice per month.

USDA export sales were good all around. 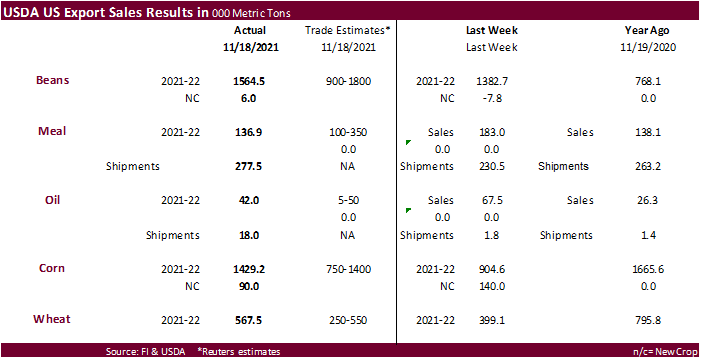 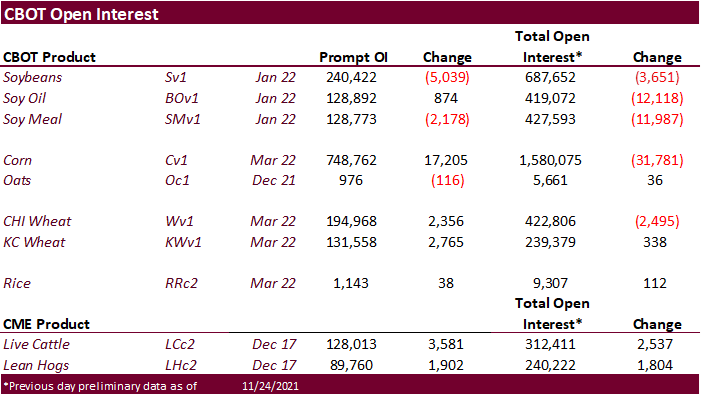 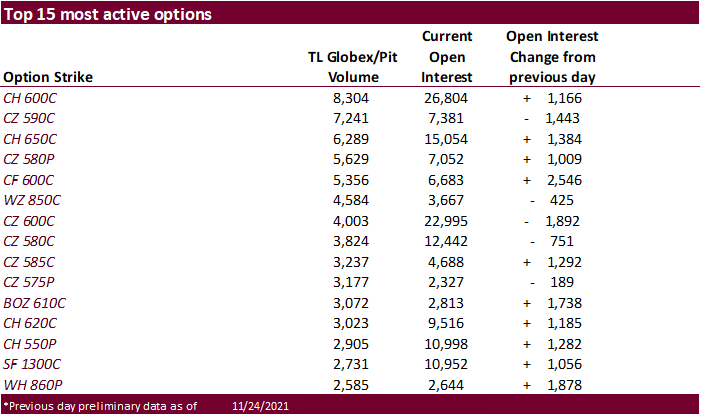