Prices
are bouncing off steep losses posted on Tuesday, with exception of soybean oil amid lower Asian vegoil prices and a reversal in product spreading. 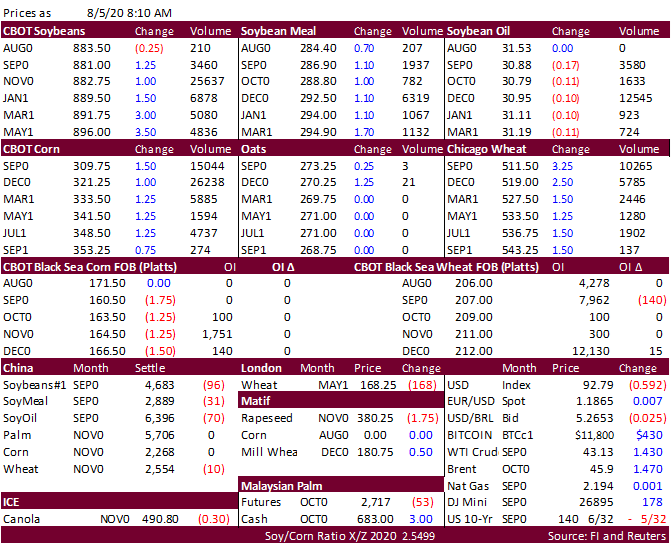 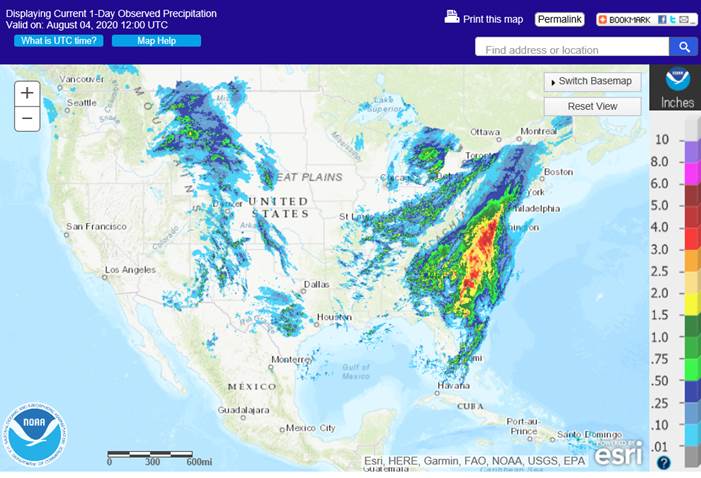 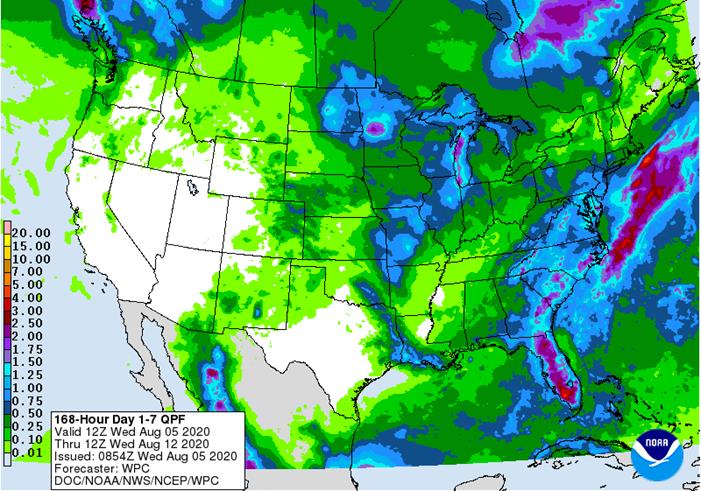 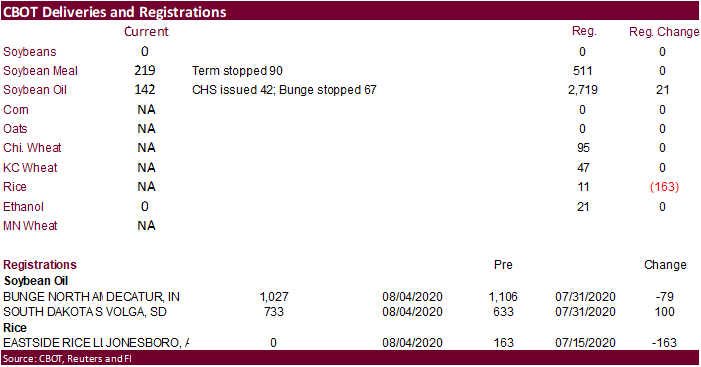 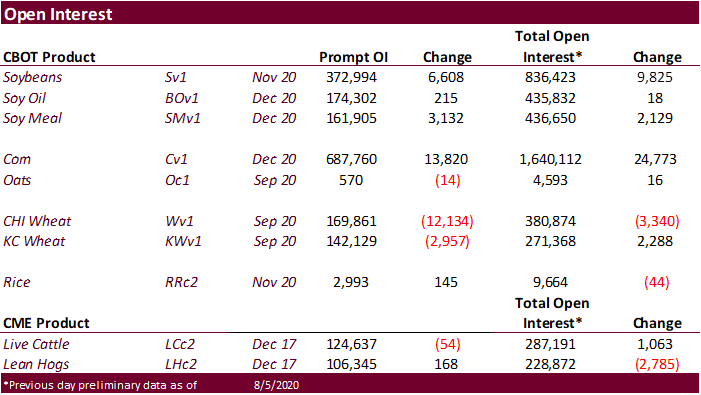 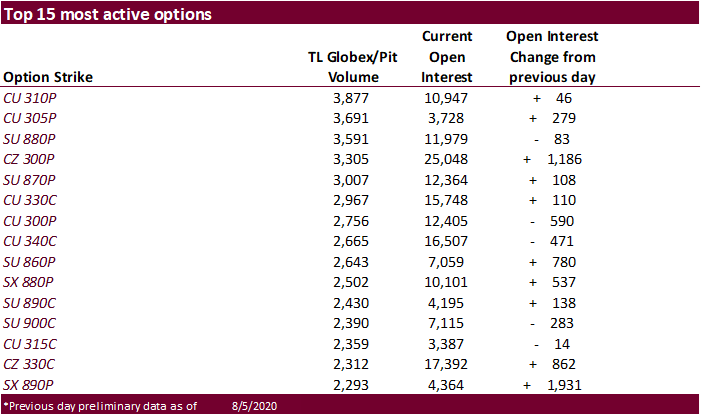 ·
The U.S. and China have agreed to high-level talks on Aug. 15 to assess Beijing’s compliance with the bilateral trade agreement signed early this year 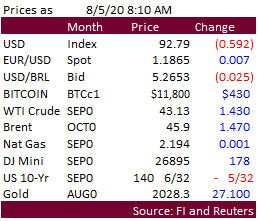