WASHINGTON,
September 23, 2021–Private exporters reported to the U.S. Department of Agriculture export sales of 138,403 metric tons of corn for delivery to Guatemala during the 2021/2022 marketing year. 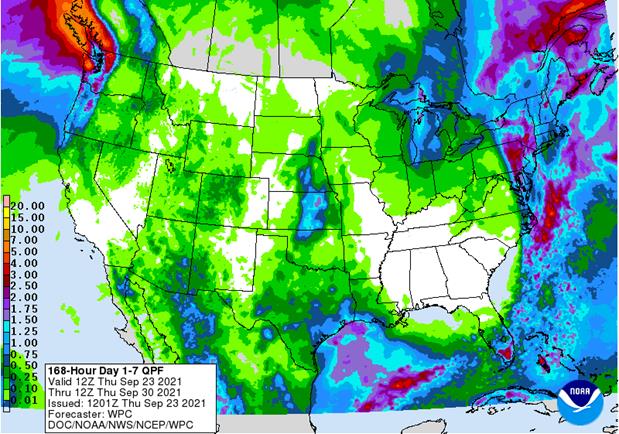 MOST
IMPORTANT WEATHER FOR THE COMING WEEK

o
The precipitation will offer a temporary reprieve from dryness, but will not be a fix all

o
Some flooding will be possible, but damage to crops should be mostly low

o
A little replanting of wheat may be needed in the wettest areas, although the planting season has just begun and there is not likely much fieldwork that has already been completed

o
The delayed withdrawal of seasonal rainfall will be good for rapeseed, millet, wheat and other winter crop planting

o
The past week has been quite wet in the Delta and the past several days have also been wet in the Tennessee River Basin, the Carolinas, Virginia, Georgia and the entire eastern Midwest

o
Totally dry weather is not expected, but a good distribution of rain is not likely especially in the high Plains region

o
Many of these areas will experience net drying

o
Concern over winter wheat planting, emergence and establishment will occur again this year in Canada and the northwestern Plains

o
The storm’s path is such that it should stay over open water in the Atlantic passing to the northeast of the northern Leeward Islands during the middle part of next week and then threatening Bermuda before turning to the northeast
in the early days of October.

o
Further intensification is possible once it becomes a tropical cyclone

o
If this path verifies, Japan should be spared from the storm’s intense wind and torrential rainfall, but it will need to be closely monitored

o
Rain totals of 1.00 to 2.50 inches have either occurred or soon will occur resulting in saturated field conditions and notable delays to summer crop harvesting and winter crop planting

o
Amounts reached 1.50 inches in central parts of the province while other areas received less than 0.25 inch of moisture

o
Showers will occur in the far south, but significant moisture will not be very great

o
Next week’s weather is expected to be wetter biased in France, the U.K., Germany and northern Italy

o
Eastern Europe will be drier than usual next week

o
The precipitation will be lighter than that which has been occurring, but still beneficial in ensuring much improved winter wheat, rye and barley establishment in areas that were considered too dry a week ago

o
Sufficient rain will fall to support normal coffee, cocoa, sugarcane, rice and other crop development from Ethiopia to northern Tanzania and from Ivory Coast to Cameroon and Nigeria

o
Showers will develop in the central and east next week

o
Most of this week’s rain will concentrate on western and southern parts of the nation while the northeast is dry biased.

o
Temperatures will be near to below average 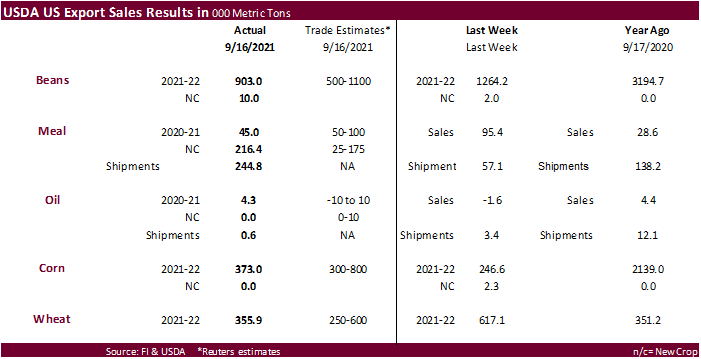