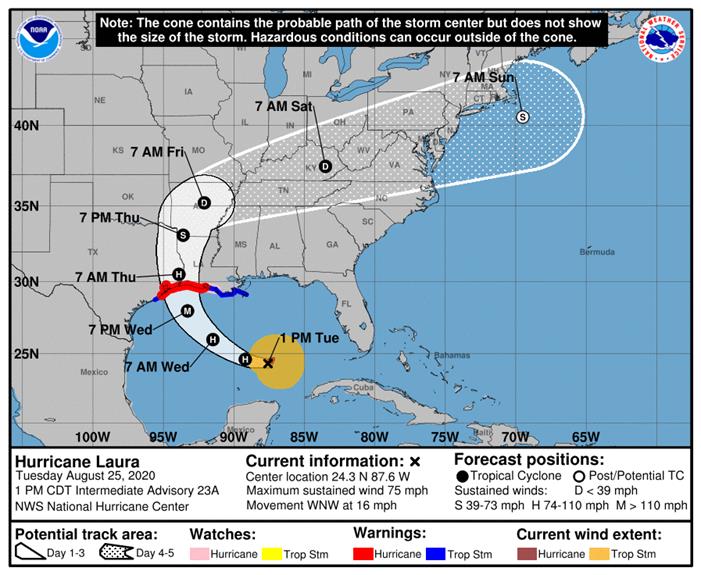 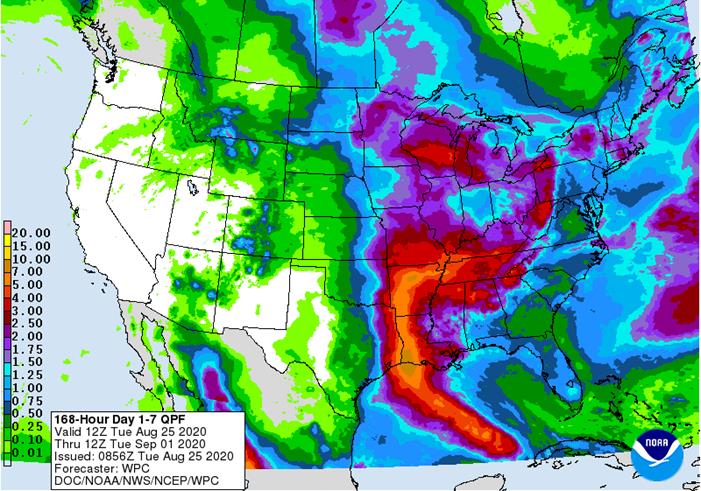 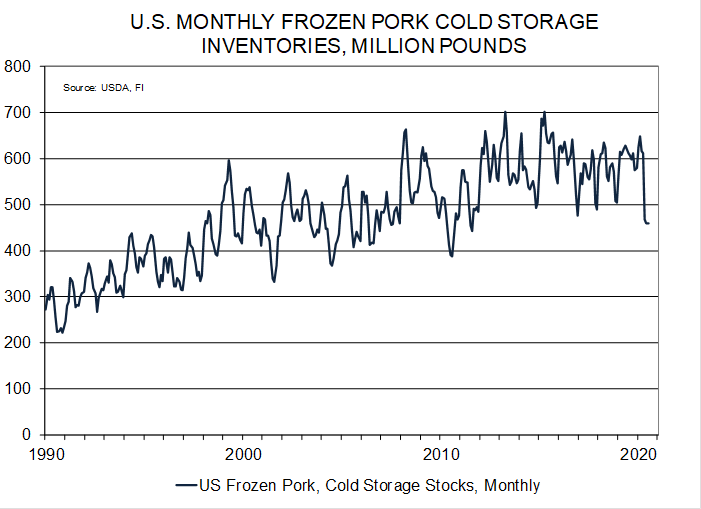 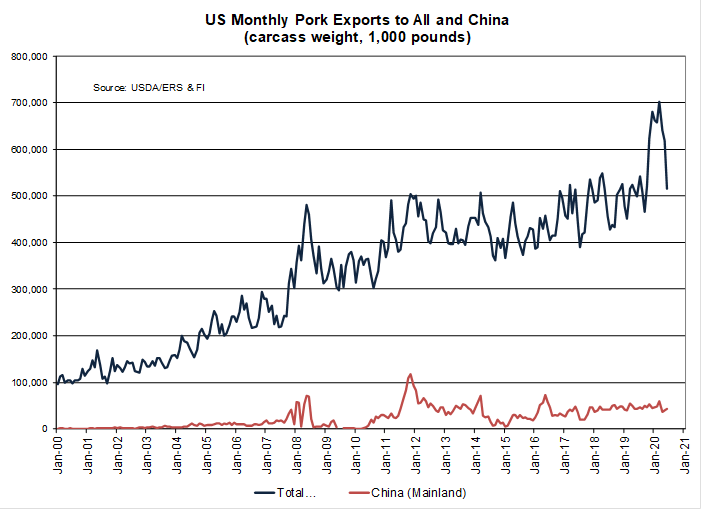 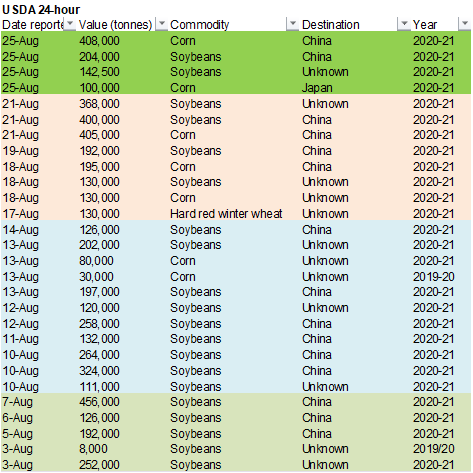 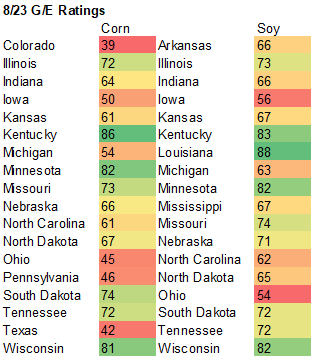 ·
Malaysian Palm oil hit a 4-week low.  Futures were down about 47MYR. 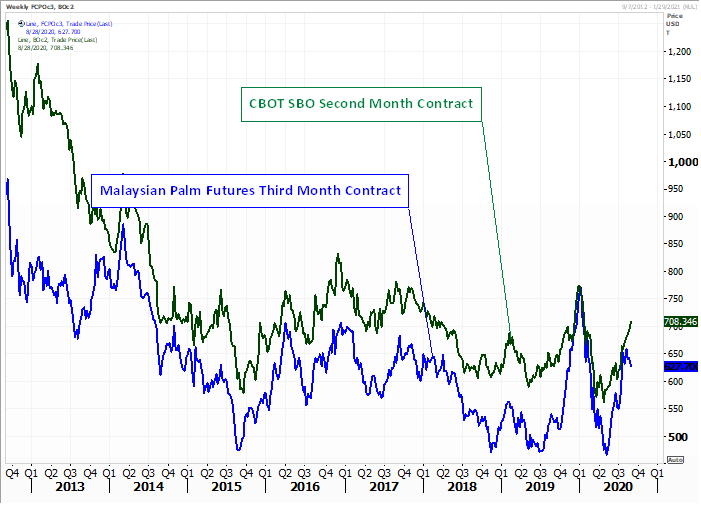 The
Covid-19 pandemic is negatively impacting the Argentine biofuels sector in 2020 as long-term lockdown provisions continue to restrict the full range of personal and commercial activities. Bioethanol consumption is forecast at 880 million liters, the lowest
in five years, with capacity utilization at 55 percent. Biodiesel production in 2020 is projected to drop to 1.85 billion liters, the lowest in the past decade in response to a reduction in local and export demand. The biofuels law requiring blend mandates
for ethanol and biodiesel (the mandate for biodiesel has not held in 2020) will expire in May 2021, with ongoing discussions as to whether an extension or new law may be options under consideration by the government.

·
The two tropical storms slated for the US Gulf will not be good for unharvested rice.  17 percent of the US rice crop had been harvested as of Sunday.