USDA
made additional 24-hour soybean announcements to China & unknown followed by 110,000 tons of corn to unknow.  USDA reported big soybean and sorghum export sales.  China soybean oil was up sharply (3.2%) followed by talk that China will replenish 2 million
tons of soybean oil for reserves.  China sold all of its 3.994MMT corn offered at auction.  Taiwan’s MFIG passed on corn overnight and South Korea’s NOFI passed on 69k of corn.  Perhaps they want to see lower global cash prices.  Iran passed on corn and bought
an unknown volume of soybean meal.

IT
IS ALL ABOUT THE TROPICS

Rain
is still expected in most of the Russian New Lands during the coming week to ten days. Sufficient amounts will occur to bolster soil moisture in those areas that have been drier biased in recent weeks 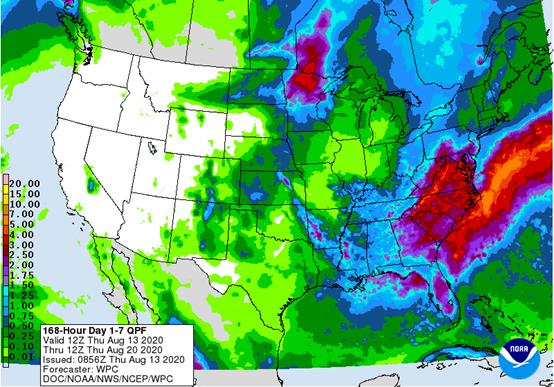 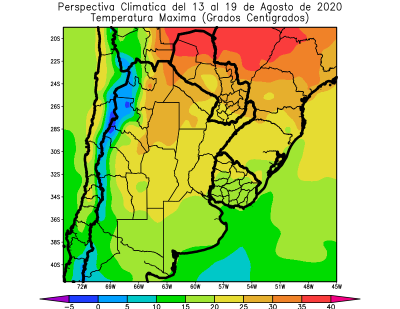 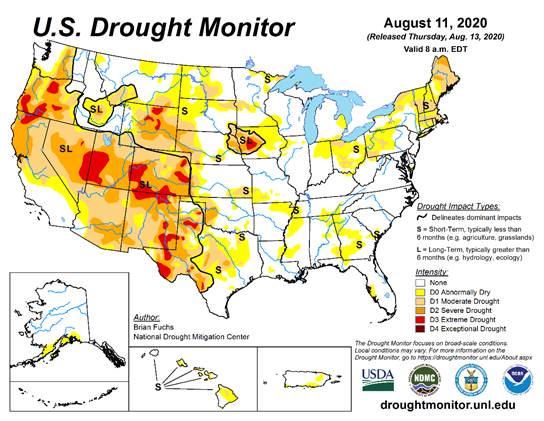 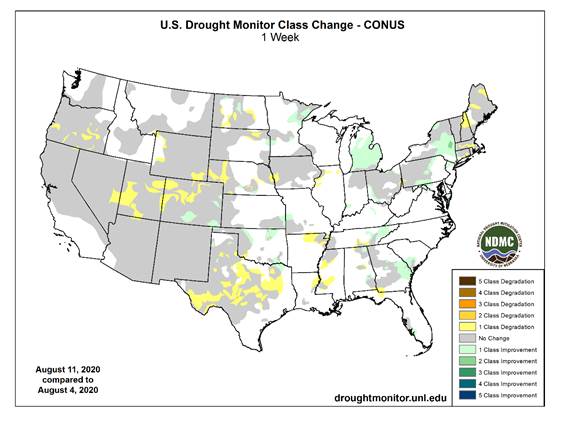 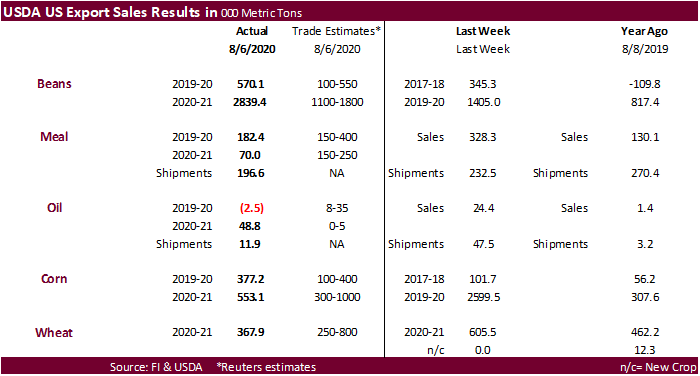 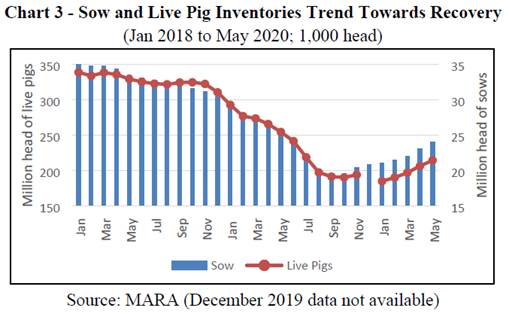 ·
Taiwan’s MFIG passed on up to 65,000 tons of optional origin corn for October 28-Nov 16 shipment.  Lowest offer was believed to be for Argentine corn at an estimated premium of 186.50 U.S. cents
a bushel c&f over the Chicago March 2021 corn contract. 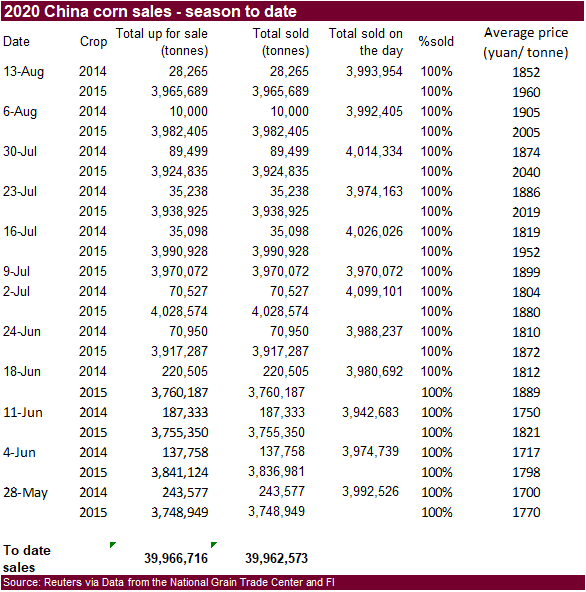 o
Export sales of 202,000 metric tons of soybeans for delivery to unknown destinations during the 2020/2021 marketing year