·         The Midwest will be wet Thursday into mid-next week, bias WCB. The rain will delay harvesting efforts and raise concerns over quality for corn and soybeans. There will be an importance period of drier weather October 10-15, which will be needed for producers.

·         This week the Delta will be on the drier side. Showers will fall in the lower Midwest and Tennessee River Basin. Overall fieldwork activity across the Delta should improve.

·         Rain will fall from the southwestern desert areas through the northern Plains early to mid-week this week.

·         Brazil will see rain in the central and southern growing areas (MG, MGDS, Goias, Parana) this week while Argentina will be dry through Saturday. 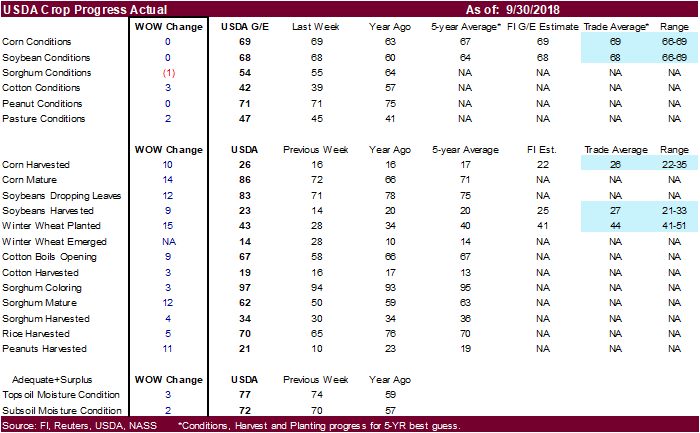 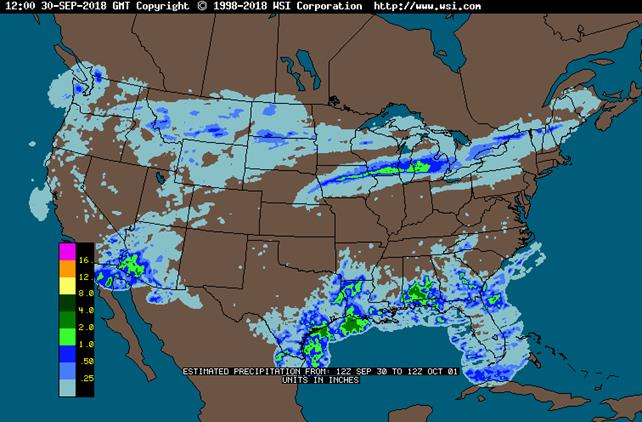 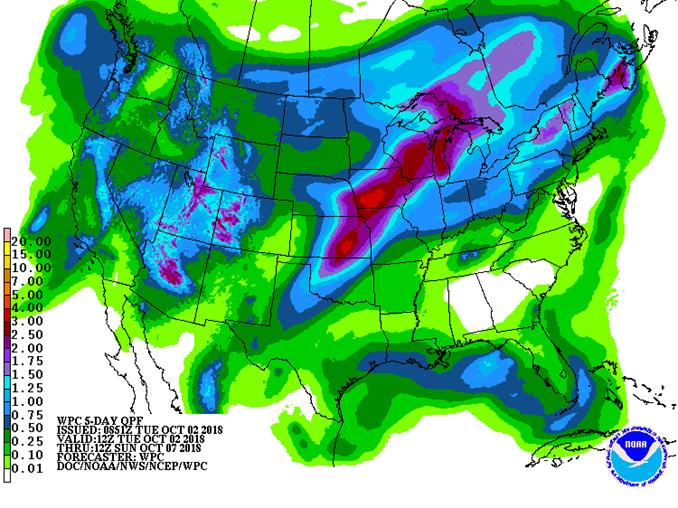 with some bands of

more in the south; 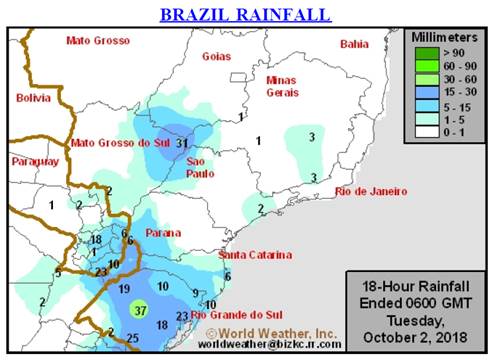 EIA monthly ethanol data was better than what we expected at 33.496 million barrels for the month of July, above 31.365 million a year earlier. Separately we raised our 2018-19 estimate for corn for ethanol use by 25 million bushels to 5.750 billion, 150 million above USDA, and compares to 5.603 million we are using for the 2017-18, which is subject to change later today when USDA NASS releases August corn for ethanol grind.

·         The soybean complex is lower on light technical selling.

·         Rotterdam oils were higher and SA soybean meal when imported into Rotterdam higher.

·         Other Brazil soybean crop estimates, like ours, are at 122 million tons. Planting progress in southern Brazil is very good and dry areas of MG should see rain later this month.