Please note I will be unavailable all day today

·         Models turned wetter for the rain event across northeastern TX through lower Midwest and upper Delta.

·         The central and eastern North America will see a cold air mass next week, bringing frost like condition that will extend into early October.

·         The Northwestern US Plains and southern most Canada Prairies will receive periodic precipitation slowing farming activity.

·         The US Southern Plains will see rain through the end of this weekend.

·         Russia’s Volga River Basin will see two waves of rain. The first occurs Sunday into Monday and the second a little later next week.

·         Western Australia will trend wetter last days of September and early October, but confidence in the rain event is low. East-central Australia may get some showers this weekend, but mostly in northeastern New South Wales and extreme southeastern Queensland.

·         After seeing rain, China’s weather will trend drier again in the Yellow River Basin for a while. 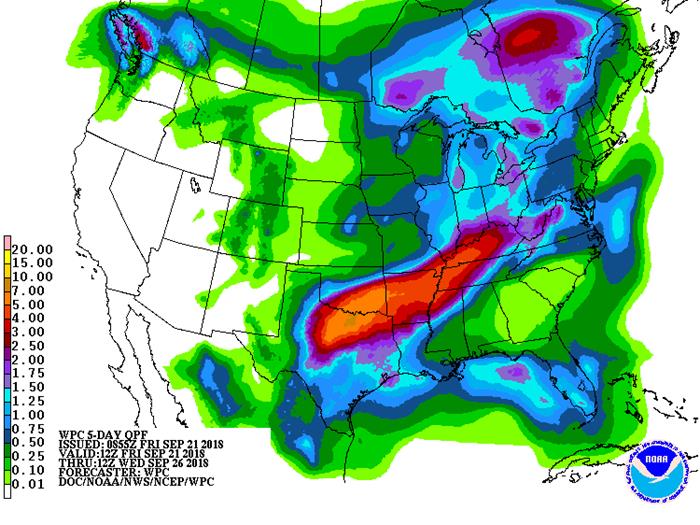 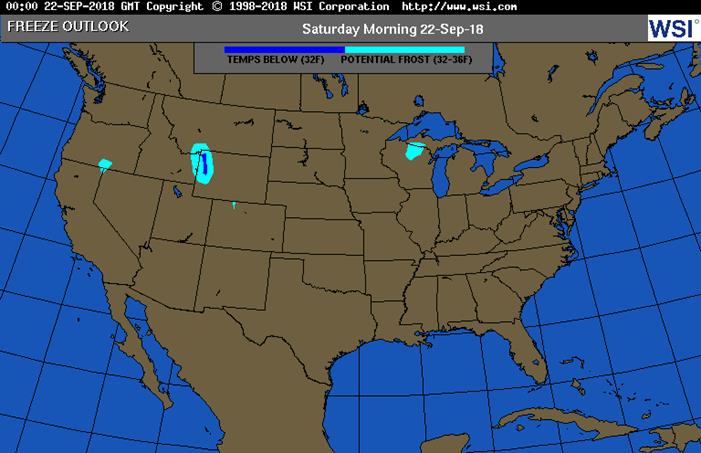 ·         Corn futures are higher on follow through short covering.

·         Poor ethanol margins are forcing downtime on a few plants across Iowa and Mississippi.

·         Reuters: CIF corn bids for September barges were bid at 28 cents a bushel above Chicago Board of Trade December futures CZ8, up 4 cents from Wednesday. Spot FOB offers held at around 43 cents over futures.

·         Soybeans and its products are giving up some of their gains from yesterday on long liquidation ahead of the weekend.  The rally yesterday was thought to be China and overall demand related, whereas Argentina (may have) bought up to 15 cargoes of US soybeans, Argentina sold at least three cargos of beans to China, end user buying for US soybean meal, good USDA export sales, and buy stops in November and January futures.

·         Price losses on Friday may not be large. China soybean meal was up overnight on supply concerns, up 2.4% this week.

·         Rotterdam oils were lower and SA soybean meal when imported into Rotterdam higher.