·         Over 250k of rice was lost after Super Typhoon Mangkhut impacted northern Philippines.

·         Remnants of Florence will shift to eastern Kentucky overnight and then northeast through southeastern Ohio and western Pennsylvania.

·         Parts of Victoria and South Australia saw cold temperatures that may impact wheat and canola production. Temperatures were not cold enough to induce permanent crop damage in very many areas. 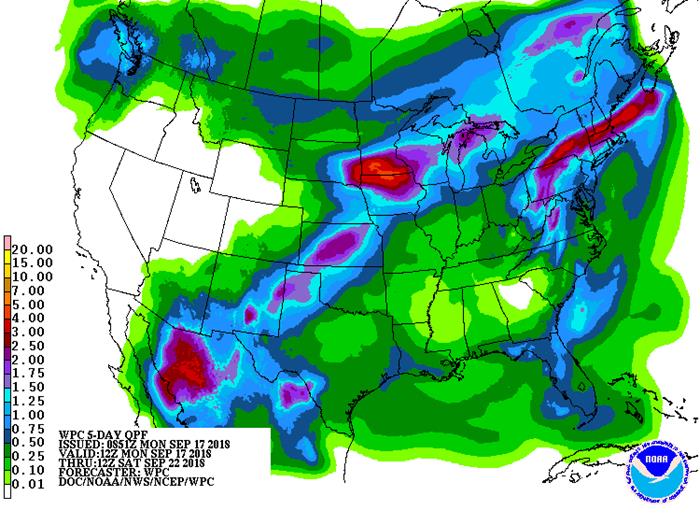 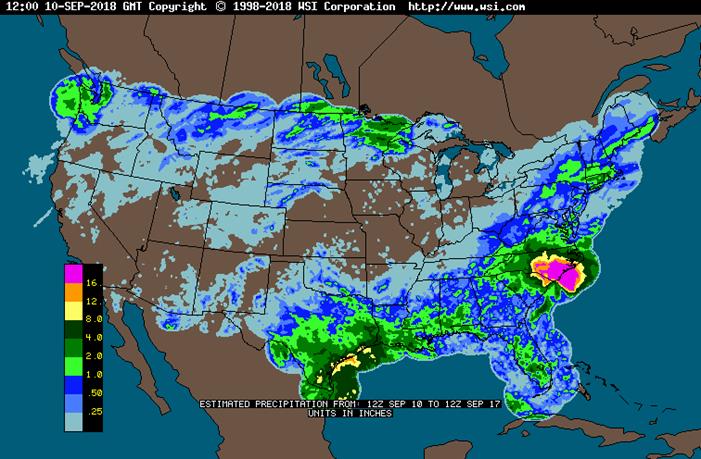 ·         Note the oats positions were removed from the weekly CFTC report.

·         Managed money established a new record short position in soybean oil for futures only and futures and options combined as of last Tuesday, at 97,265 and 97,356 contracts, respectively.

·         Traditional funds were heavier sellers in corn, soybeans, wheat and soybean oil than what the trade expected.

·         The soybean complex will see a lower start this morning on large crop prospects. We are looking for an improvement in US soybean crop conditions.

·         Argentina bought at least 2 US soybean cargos late last week, which should bring outstanding US soybean export sales to at least 880,000 tons. Some traders were talking 8-10 cargoes were sold.

·         Rotterdam oils were lower and SA soybean meal when imported into Rotterdam lower.

NOPA is due out later today. Reuters has 163.9 average and Bloomberg is at 163.5. Reuters stocks 1762 and Bloomberg 1751, both close enough for government work. However, we heard at least three other estimates that were not polled have the crush below 160, with two in the 156-157 range.

·         Parts of Victoria and South Australia saw cold temperatures that may impact wheat and canola production.

·         Typhoon Mangkhut destroyed at least 250,000 tons of rice but it’s not expected to impact rice prices as reserves are high.