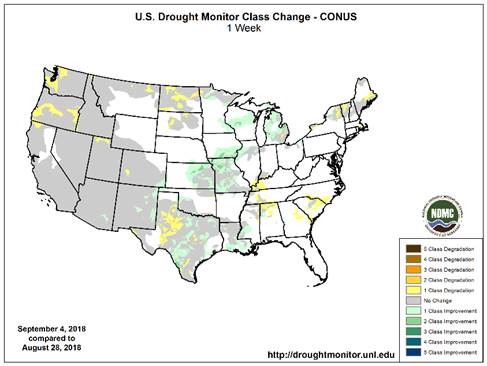 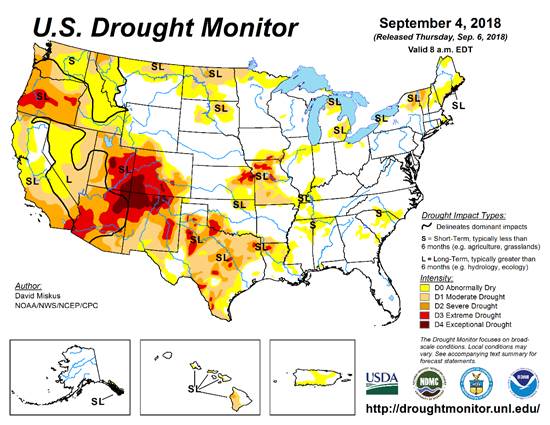 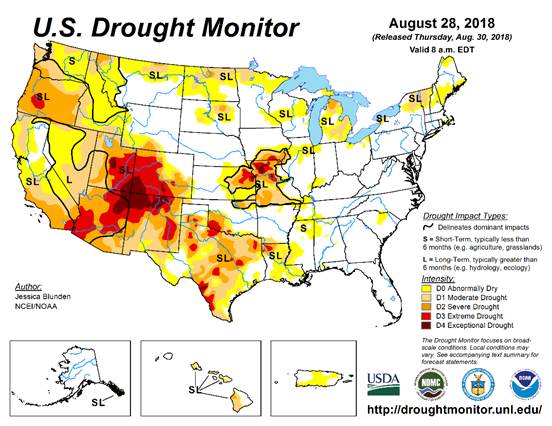 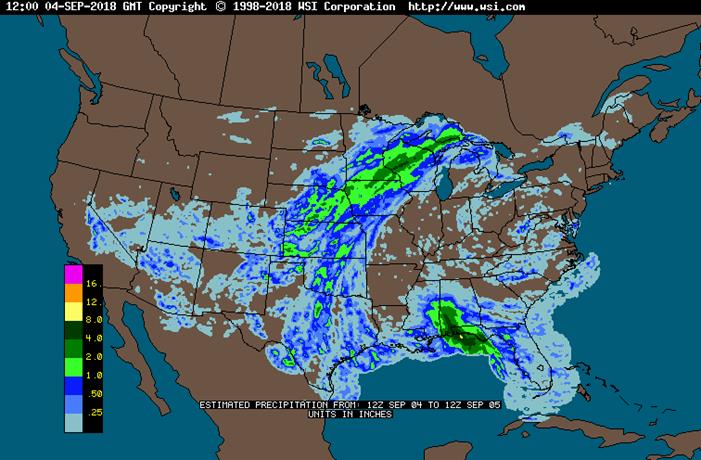 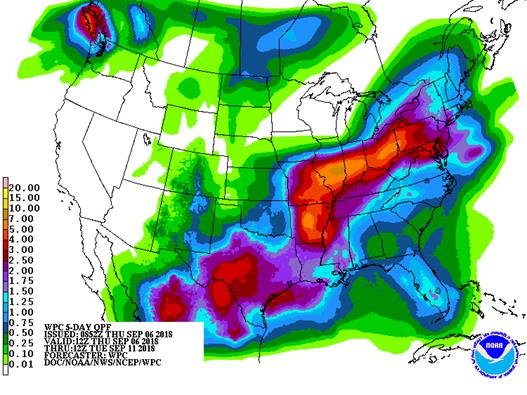 from central to east Mo.

amts from central to SE

·         Not much lead may come from the results of the StatsCan report as trade estimate didn’t deviate much from July 31 stocks reported this morning. There were revisions to last year but they were minor.

·         On Monday the USDA will update US corn harvest progress. We look for 3 percent complete, about in line with average.

·         Up 10. China reported three more outbreaks of African swine fever in Jiamusi city in Heilongjiang in China’s northeast, and in the cities of Wuhu and Xuancheng in the eastern province of Anhui. These cities had reported previous outbreaks. 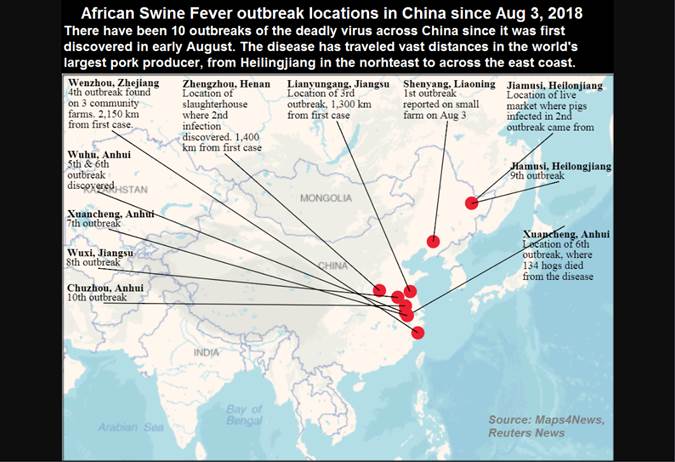 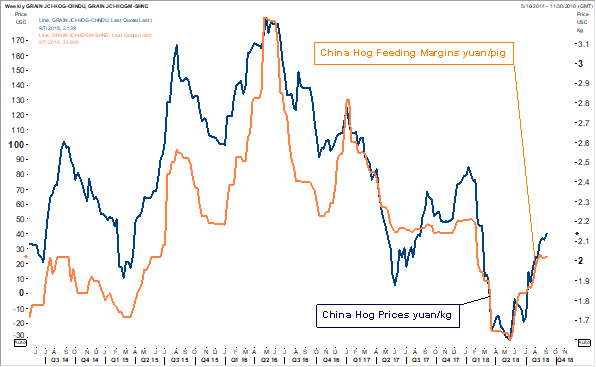 ·         Malaysia futures traded 14 lower and cash was down $2.50/ton. The lower trade is associated with expectations for rising palm production over the next few months.

·         MPOB is due out September 12.  Reuters poll estimated August end-stocks may increase 9 percent month-on-month to 2.41 million tons and production rising 9.9 percent to 1.65 million tons. August exports are seen up 2.3 percent to 1.23 million tons from the previous month.

·         Offshore values were suggesting a lower lead for US soybean meal by $2.00 and higher lead for soybean oil by 3 points.

·         US wheat futures are lower on lack of bullish news and slowing US exports. Prices are seen limited to the downside on tight global high protein wheat supplies.

·         Russia’s AgMin on Thursday again said Russia had no plans to impose an export tax on wheat. We would be cautious of such statements. Changes in inflation could trigger policy changes at any moment by the government to help fight rising food prices. Traders should monitor any outbreaks of protests/demonstrations.

·         (MPI) Black sea wheat basis DEC settled +.50 yesterday at 246.00. The spread between Sep and Dec exploded out to $21.00. As a reference this spread was at $6.75 on 8/15. The Oct-Dec is out past $15.00 after touching $4.00 on that same date. Shows where the trade is putting the risk. Continued chatter of Russian curbs into yearend loom over the trade. Black sea wheat exports for July-Aug were reported at around 12 MMT compared to 8.6 MMT last year. This pace allows the chatter to continue and it makes sense to slow the roll into year end.