·         6-10 day is slightly wetter for the central Midwest and temperature are unchanged.

·         The ECB will see rain mid-week. Rain returns to the US northwestern areas Friday and Saturday. 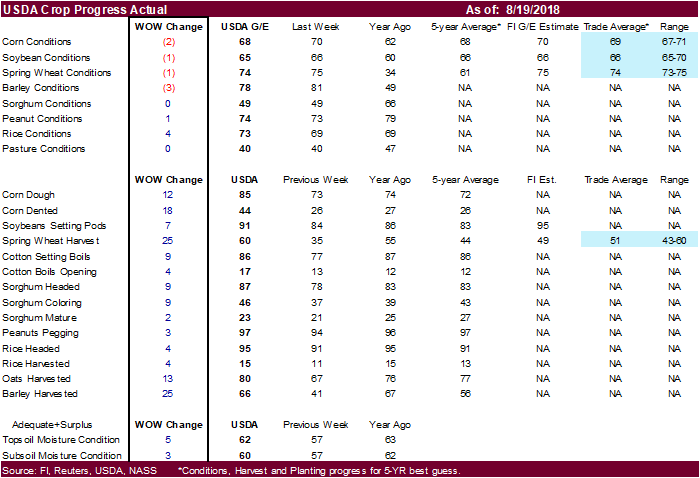 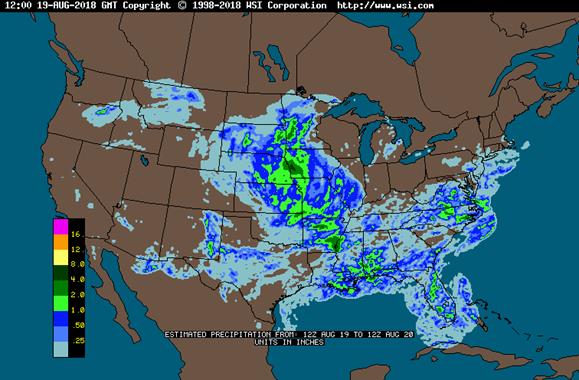 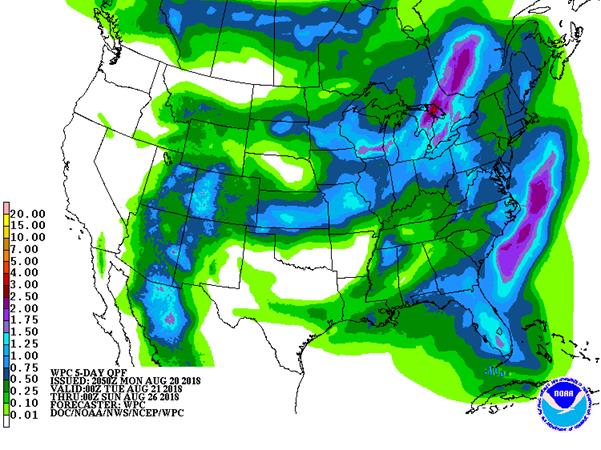 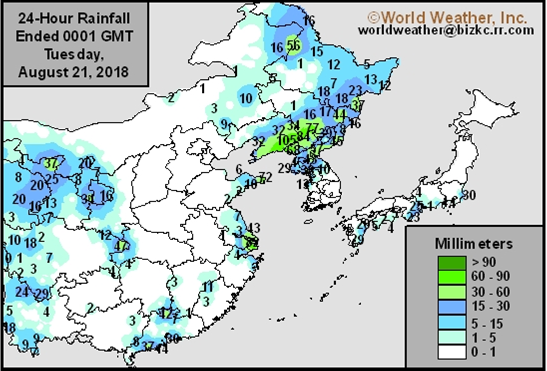 ·         Soybeans and meal are lower on light selling ahead of potential surprise announcements later this week. Traders will be cautious ahead of the US China talks scheduled to start Wednesday (Aug 22-23).

·         President Trump told Reuters he does not expect much out of the trade talks this week and there was “no time frame” for ending the dispute. Another round of U.S. tariffs on $16 billion of Chinese goods kick in at 12:01 a.m. (0401 GMT) on Thursday.

·         Soybean oil is higher on unwinding of meal/oil spreads despite a lower lead in palm.

·         China and Malaysia met and agreed to improve trade relations, including China importing a larger amount of palm oil from Malaysia.

·         Wheat futures are lower on follow through selling after a brief rally last week. Nearby Chicago appears to be headed to test its 100-day MA of nearly $5.20.