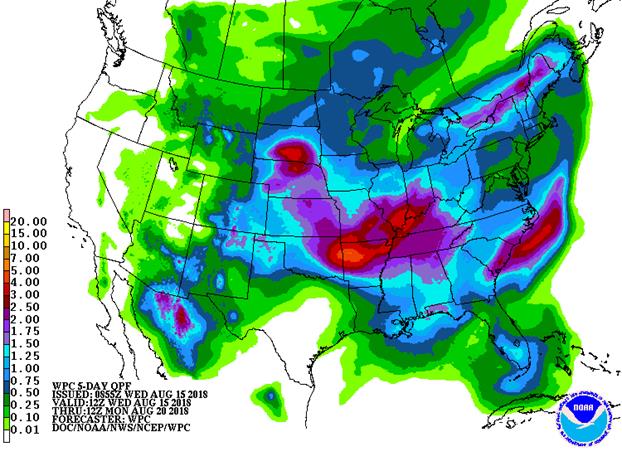 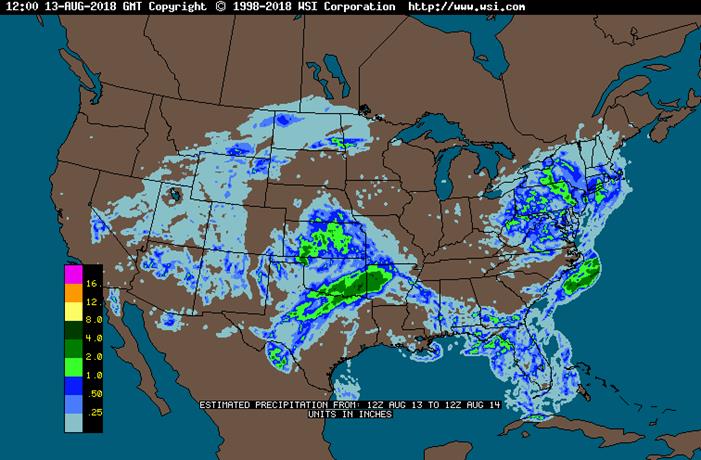 ·         US weather will remain mostly favorable through the end of the week.

and east-central and SE 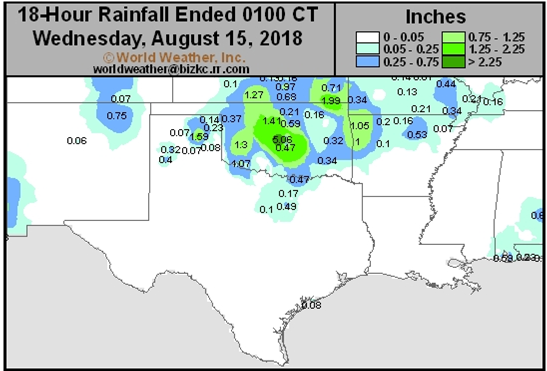 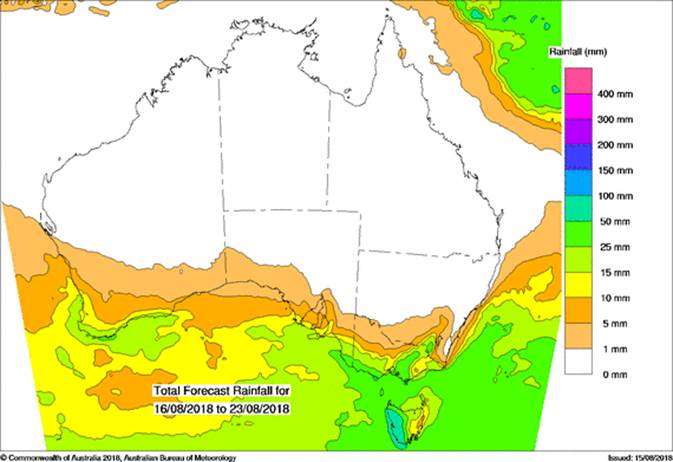 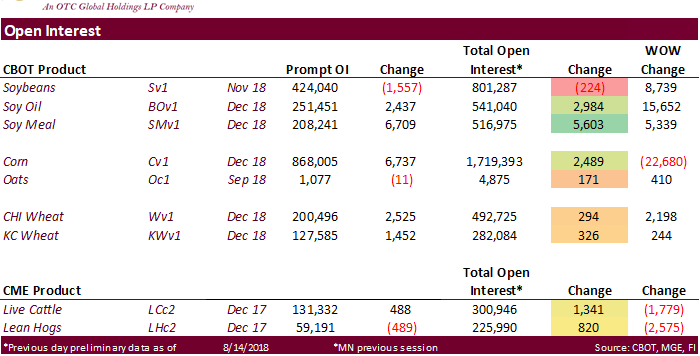 ·         US stocks are lower, USD slightly higher, WTI crude lower, and gold lower, at the time this was written. 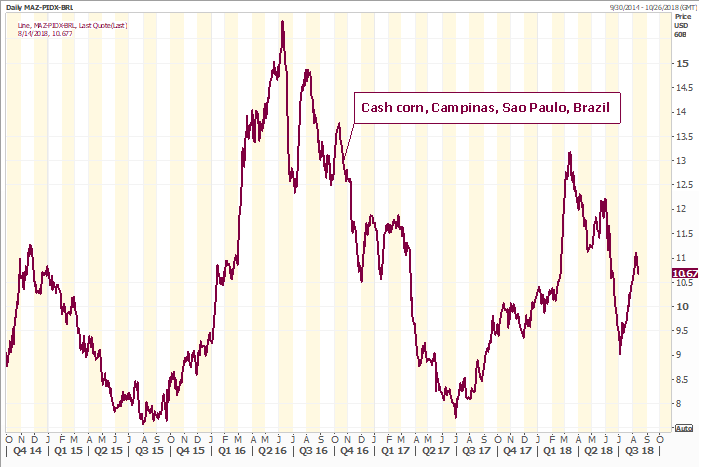 ·         The soybean complex is lower. Prices are giving back gains from yesterday. The USD hit a June 2017 high, so traders are getting anxious that the higher USD will start to impact US agriculture exports.