·         U.S. rainfall this week show scattered showers and thunderstorms from Texas to Nebraska and east through the Midwest, Delta and Tennessee River Basin. 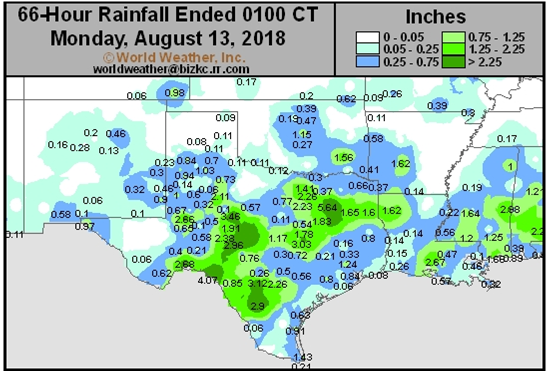 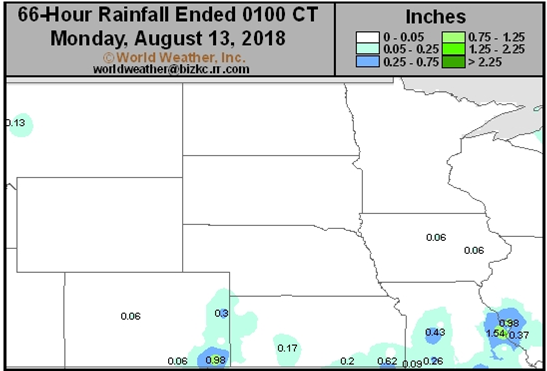 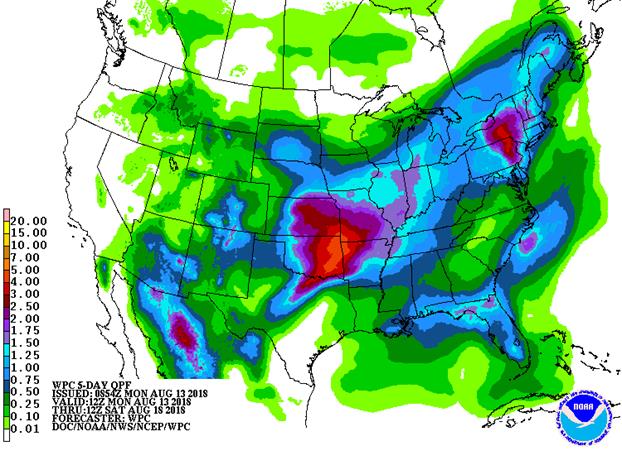 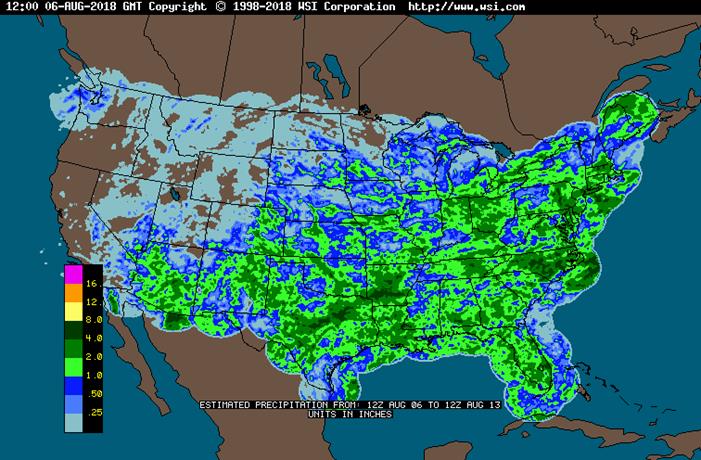 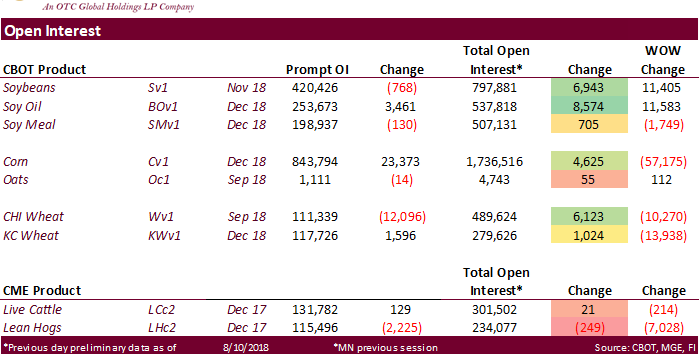 ·         Funds were active buyers in corn and wheat. Same goes for managed money. 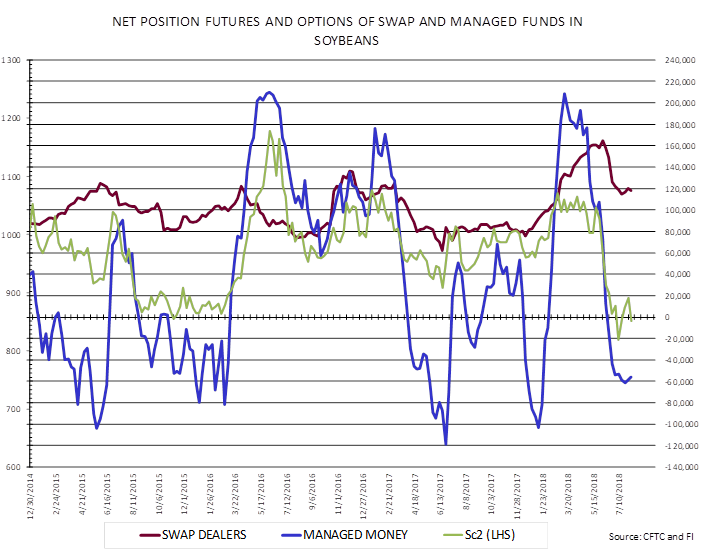 USDA FSA initial crop data showed corn at 85,770 million acres, 30,000 less than what we were looking for to be an ideal figure to be on target for USDA’s NASS acreage estimate released in June. Soybeans of 86,954 million were below our idea target and all-wheat of 44,510 million were slightly above. August is a poor correlation when predicting changes in planted area in October by USDA/NASS, but for now we think corn and wheat may see little changes, while the soybean area could be lower.

USDA Latest versus ideal FSA target to see little or no change in planted area:

·         Soybeans extended losses on Monday from follow through selling on record ending stocks for US and world as predicted by USDA and mostly favorable US weather. Good rains fell in the southern US Great Plains. This pressure wheat as well. The northern part of the Corn Belt had rain over the weekend but rain that fell last week boosted soil moisture levels.

·         Some traders are looking for China to purchase US soybeans in coming weeks to make up for a Q4 shortfall in supplies. There is one 70,000-ton US soybean cargo unloading at Dalian, according to Reuters. It’s been parked there for a month. Port congestion was one of the reasons for the delay.

·         Malaysia’s CPO export tax was set at zero percent for September, down from 4.5 percent in August.

·         Rotterdam meal was unchanged to lower and vegetable oils lower. Rotterdam rapeseed oil is not offered through October.

·         Germany plans to end the use of glyphosate. A major ag company recently lost a case in California and some SA countries are looking to end the use as well.

·         The long fund position in wheat is starting to come off and that is pressuring wheat prices on Monday.