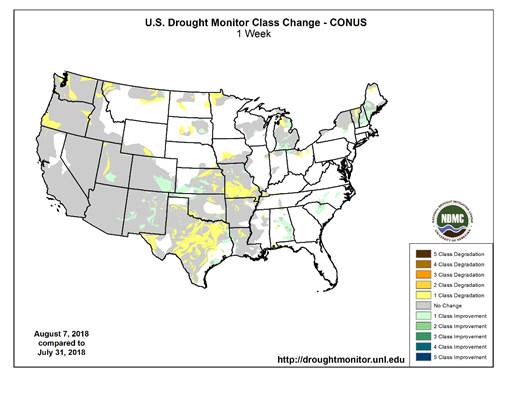 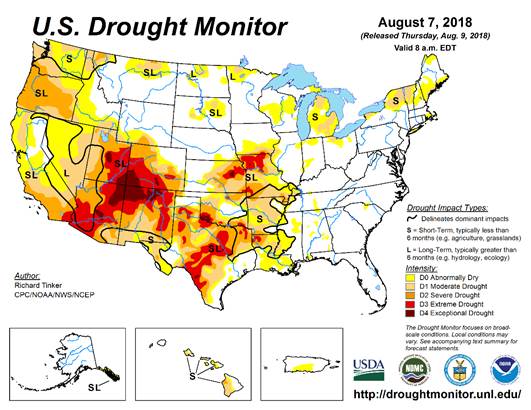 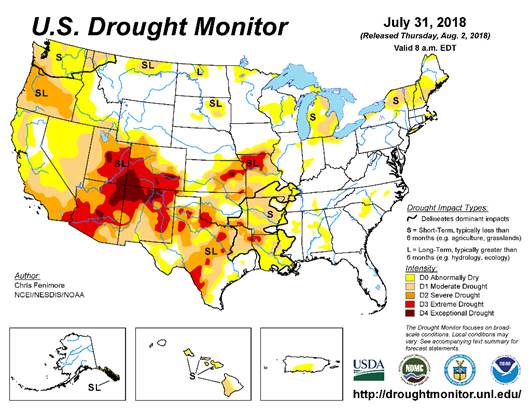 east Ms. and Ala. 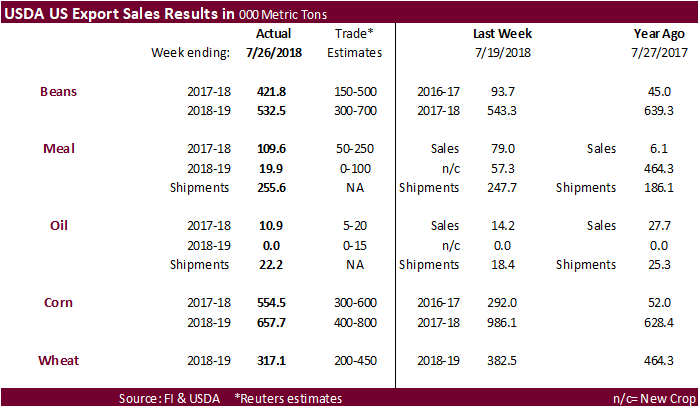 ·         US stocks are higher, USD higher, WTI crude higher, and gold higher, at the time this was written.

The Producer Price Index for final demand was unchanged in July, seasonally adjusted, the U.S. Bureau of Labor Statistics reported today. Final demand prices advanced 0.3 percent in June and 0.5 percent in May. (See table A.) On an unadjusted basis, the final demand index increased 3.3 percent for the 12 months ended in July.

·         Taiwan’s MFIG bought 65,000 tons of optional origin corn from the US or Brazil at 150 cents over the December contract for shipment between October 21 and November 9, later if from the US PNW.

·         Soybeans are mixed at the electronic close. Look for a two-sided trade. US exporters reported 135k soybean meal was sold to the Philippines.

·         USDA export sales were on the low side for the products. Soybean export sales on a combined basis were ok. Shipments of soybeans topped 1 million tons and were above USDA export inspections.

·         USDA’s US August Crop Production and S&D’s are due out Friday. If we are correct on our US ending stocks estimates for soybeans and corn, soybeans could be friendly after the release of the report and gain on corn.

·         Brazil is offering soybeans through mid-November.

·         We are hearing China bought 5 cargoes of soybeans out of Brazil for October and Vietnam has been in for Argentina soybean meal.

·         US wheat futures are lower following a decline in Matif and selling ahead of the US report due out on Friday.

·         FranceAgriMer reported the average protein content for 11.5 percent soft wheat was above average.

o   Test weights, another important measure of milling quality, were above 76 kg per hectolitre (hl) in all regions and often above 77 kg/hl

·         APK-Inform noted Ukraine may have an opportunity to export grain to Saudi Arabia. Poor weather in Germany and Poland and Canada’s political dispute with the country could open the door for other exporters.

·         Denmark’s grain crop could decline 40 percent from average from drought.

*MARCH SETTLED 258 AND ITS BLOCKED THIS MORNING @ 254, THOUGH EARLIER NOV WASBLOCKED @ SETTLE PRICE 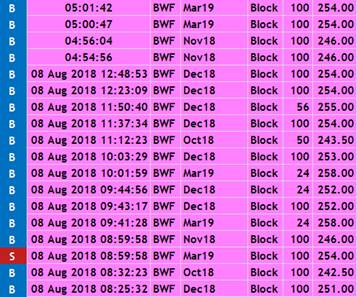 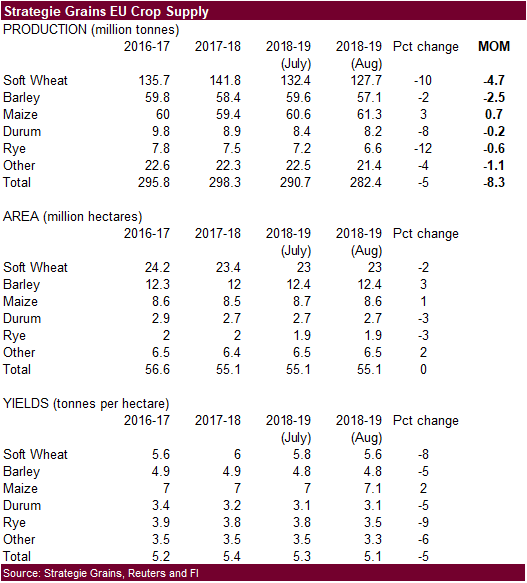