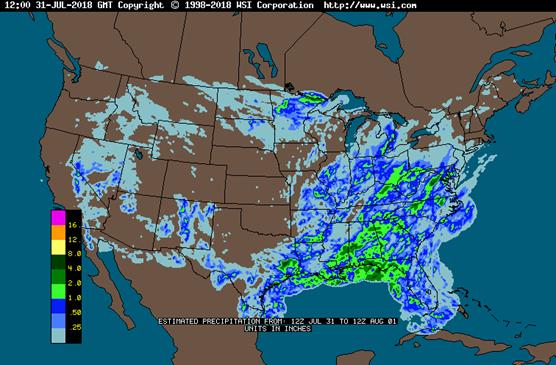 ·         An independent weather forecaster (Skymet) lowered the India monsoon rainfall outlook for 2018. August rainfall was seen at 88 percent of average, and 93 percent in September.

·         Before temperatures warm during the second week of August, the US weather outlook is all not that bad. There will be some ongoing dry pockets across the western US and temperatures warn across the WBC this week. Rest of the Midwestern growing areas will see cool temperatures, which should slow evaporation rates. 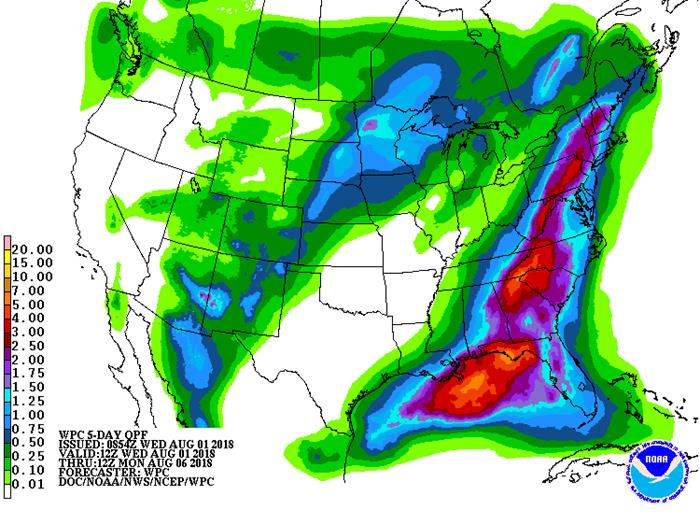 ·         Soybeans are lower in a risk off day after China threatened to retaliate if the US adds on additional import tariffs.

·         The European Commission said soybean imports from the US tripled after the EU & US reached a trade deal. The EU imported 360,000 tons of US soybeans during the five weeks through July 30, and accounted for about 37% of US market share.  EU soymeal imports in July from the US were 185,000 tons, up from about 5,000 tons last year.

·         China said they will retaliate, again, if the US increased tariffs on additional products from China. The White House may double its planned tariffs on $200 billion in Chinese imports.