·         The US weather outlook is all not that bad. There will be some ongoing dry pockets across the western US and temperatures warn across the WBC this week. Rest of the Midwestern growing areas will see cool temperatures, which should slow evaporation rates.

·         Australia’s canola crop will continue to see crop stress across New South Wales. There is an opportunity for rain across northern New South Wales this week, but it will not be widespread enough to ease drought conditions. 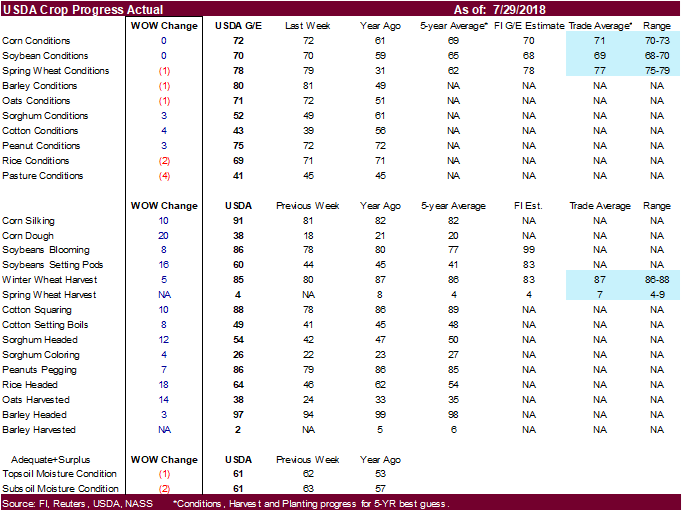 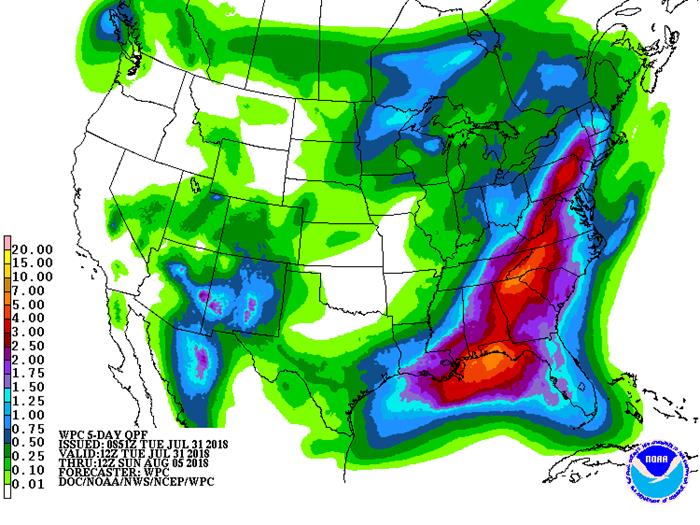 ·         Soybeans are sharply higher on US weather concerns and higher values outside the US.

·         MATIF Rapeseed looking to take out the contract high close at 374.50 currently sitting at 374.25, but is still well off the contract high trade dating to 5/29 when the opening apparently screamed to 384 though I do not remember that specifically. (MPI)

·         US wheat is sharply higher on follow through buying from global crop concerns.

·         Manitoba’s crop report reported “Crops are advancing rapidly with the warm and dry conditions. Rain is needed in most areas to sustain crops and replenish soil moisture.“

·         US spring wheat conditions were down 1 in the G/E conditions to 78. We made a very small adjustment in our spring wheat yield and left durum unchanged from the previous week. Our estimates for the August report as follows: