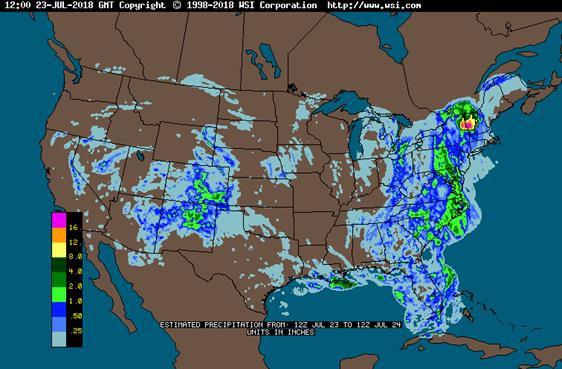 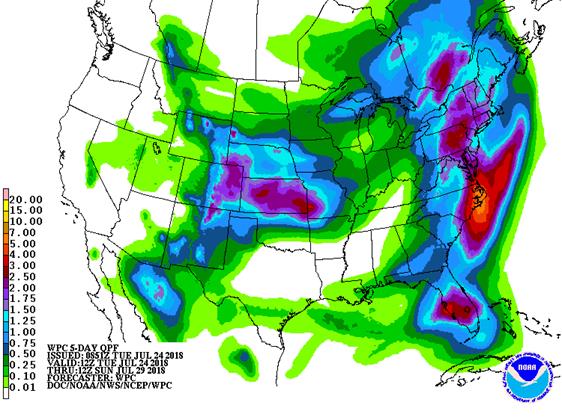 ·         US spring wheat conditions decreased 1 point to 79 percent. The trade was looking for unchanged.

·         The morning forecast increased rainfall for the 6-10 day for the north central Midwest and 11-15 day is wetter for the southwestern Midwest and Delta.

·         The ridge of high pressure is expected to stay centered over the southwestern United States throughout this week, and possible next week, creating a northwesterly flow aloft in the central U.S., Northern Plains and Corn Belt.

·         China’s Hebei, Liaoning, Jilin and Heilongjiang may see too much rain this week, increasing flooding potential.

·         Northern Europe dryness is not likely change much this workweek, but rain may increase during the weekend and next week

·         Key Texas crop areas will stay dry this week, but some rain will fall in West Texas 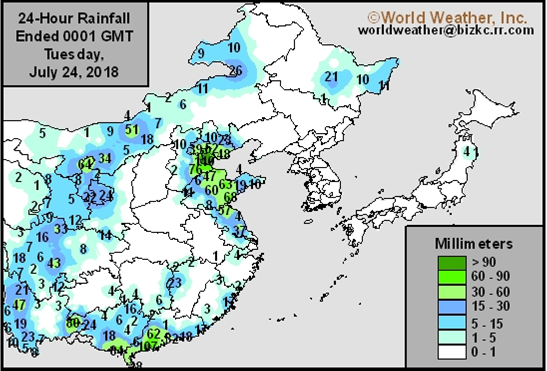 bands in the south;

·         Flooding across China prompted the government to notify local agencies to ensure current supplies are protected and report prices on a daily basis.

·         The soybean complex is lower on lack of bullish news and a slight improvement to US weather. US crop conditions increased on a national basis per USDA’s week update.

·         President Trump plans to visit Dubuque, IA on Thursday. We may learn more if more agriculture groups are turning up the pressure to resolve the trade dispute.

·         A Bloomberg article noted some Chinese crushers in the north suspended crushing due to high soybean meal inventories.

·         September China cash crush margins were last running at 41 cents/bu, down from 45 previous session, and compares to 46 cents last week and 71 cents a year ago.

·         US wheat futures are taking a breather after rallying late last week. The lower close in nearby Chicago yesterday could be triggering some additional profit taking.

·         US spring wheat conditions decreased 1 point to 79 percent, highest level for this time of year since 2010. The trade was looking for unchanged. 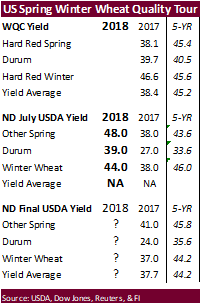