·         We are thinking of 2-point decrease in spring wheat conditions after hot and dry weather set in across the PNW. Note the drought monitor shows drought conditions expanding across the Pacific Northwest. 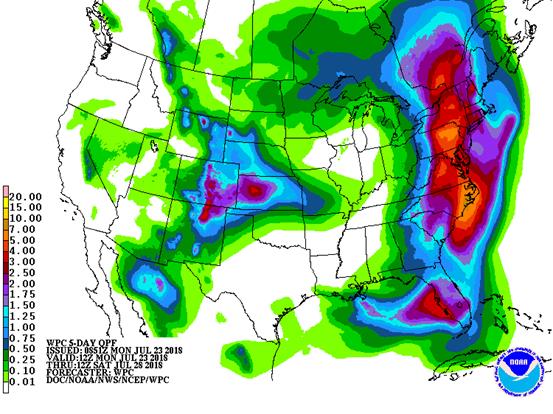 ·         Northern Europe dryness is not likely change much 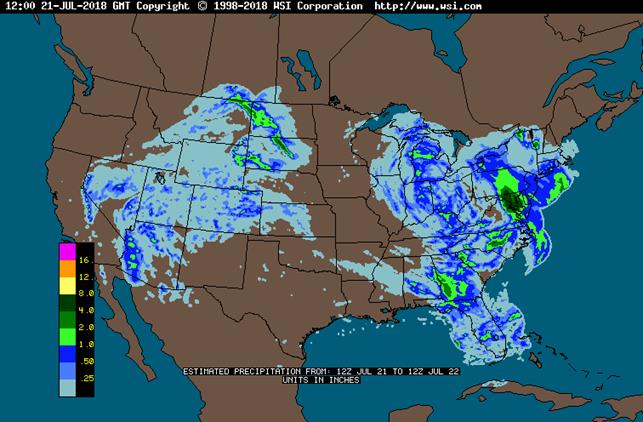 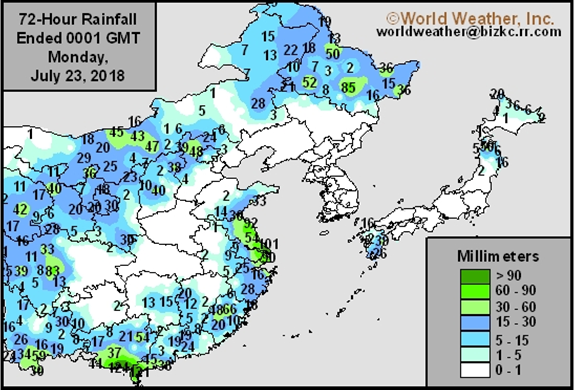 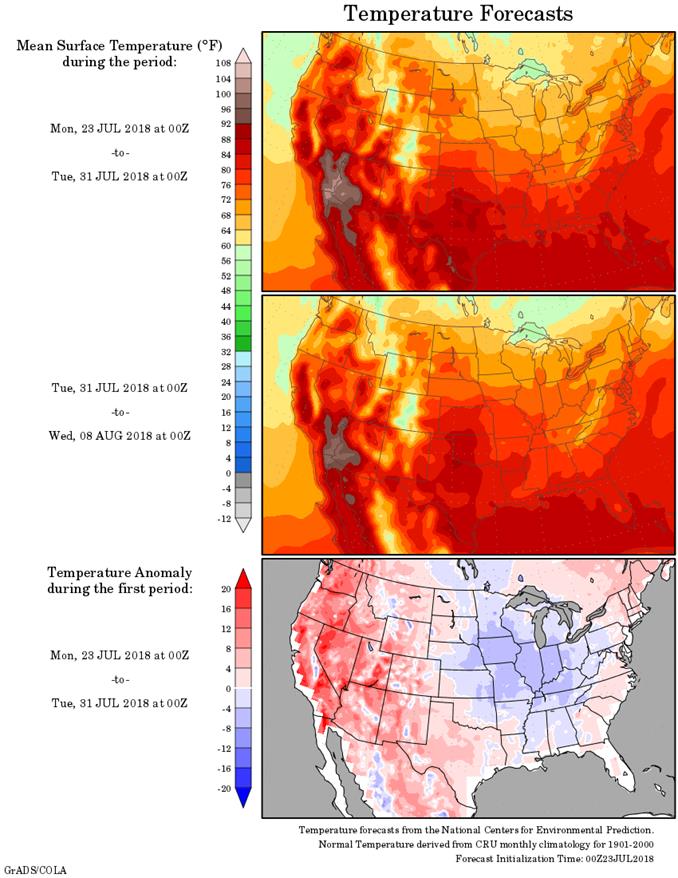 ·         Traditional funds were net sellers of 33,800 contracts in corn futures and options, while they sold 18,500 futures only contracts. Funds were also good sellers in soybean oil.

·         Money managers were active sellers of corn and soybeans.

·         China plans to inspect all of its grain reserve facilities through October 2019 to update volume and quality figures.

·         The USDA Cattle on Feed report showed US June feedlot placements at a 12-year high and inventories as of July 1 at a record.

·         The soybean complex is expected to open near unchanged but don’t discount a higher trade on a forecast calling for net drying across the WCB and northern Delta this week.

·         Chinese soybean crusher Shandong Sunrise Group has filed for bankruptcy. They were unable to repay debts.

·         There is talk palm oil production will increase over the next few weeks.

·         US wheat is higher on fund buying amid higher global wheat cash prices and higher Paris futures (+1.25 euros as of early this morning-CT).

·         Russia is about 19 percent harvested, above last year’s pace. Yields are coming in below a year ago. 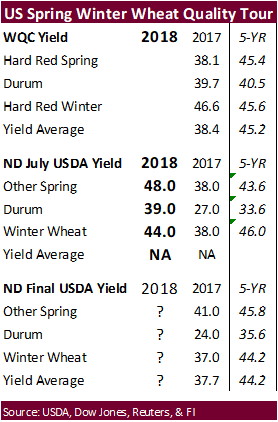