Under the 24-hour announcement system, US exporters reported the sales of 199,500 tons of soybeans for delivery to Pakistan during the 2018/2019 marketing year. 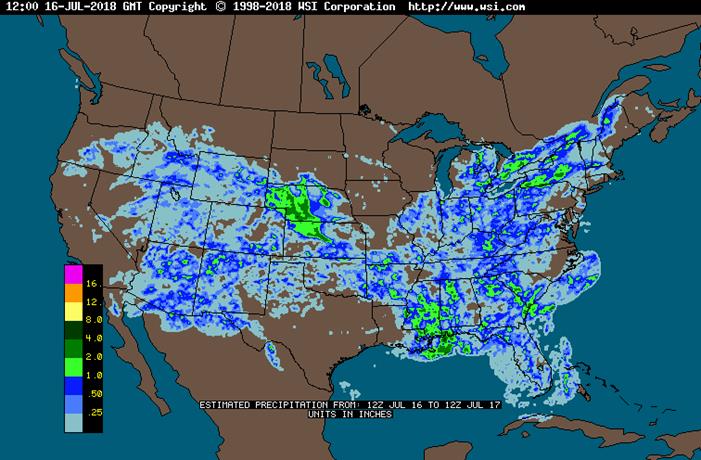 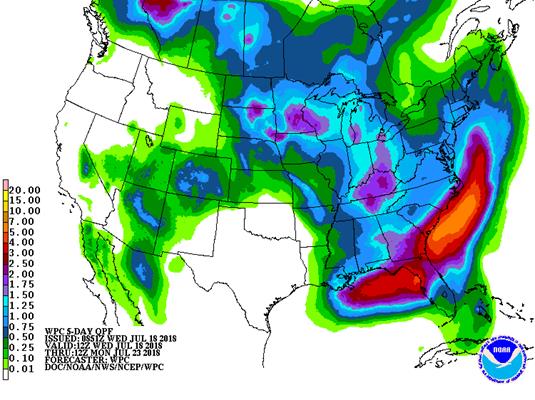 east; some days may be 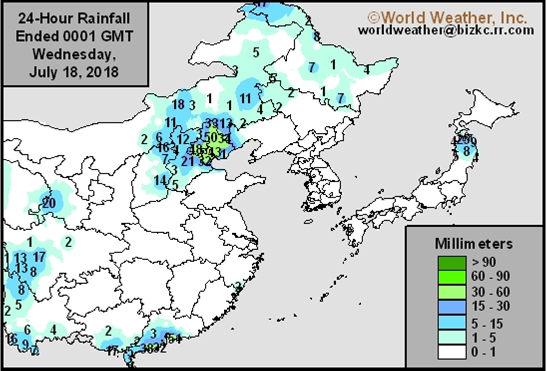 ·         A Bloomberg survey calls for weekly ethanol production to increase 16k/barrels per day and stocks to decline 74,000.

·         Soybean prices continued to rebound after nearly hitting a decade low. Meal and oil are higher on technical buying.

·         Rotterdam vegetable oils were higher and SA soybean meal lower when supplied from SA, as of early morning CT time.

·         All three US wheat markets were higher in early trading. Chicago wheat futures hit the $5.05/bu mark for the first time since July 10, before pairing gains.

·         Egypt approved to import 120,000 tons of wheat from AOS and Union, two main supplies, bypassing the GASC. This might be in effort to make up for cargoes that were previous rejected/cancelled. Details were lacking.

·         German farming association DBV lowered its estimate of the German winter barley crop by 700,000 tons to 7.3 million tons from early July, down from 9.0 million tons harvested in 2017. Yields were forecast at 6 tons/hectare versus 7.4 tons in 2017. The association could not determine winter rapeseed or winter wheat production as information lacked, but noted the harvest started 2-3 weeks early because of dry conditions, and crop sizes will be significantly lower.

·         Egypt approved to import 120,000 tons of wheat from AOS and Union, two main supplies, bypassing the GASC. This might be in effort to make up for cargoes that were previous rejected/cancelled. Details were lacking.