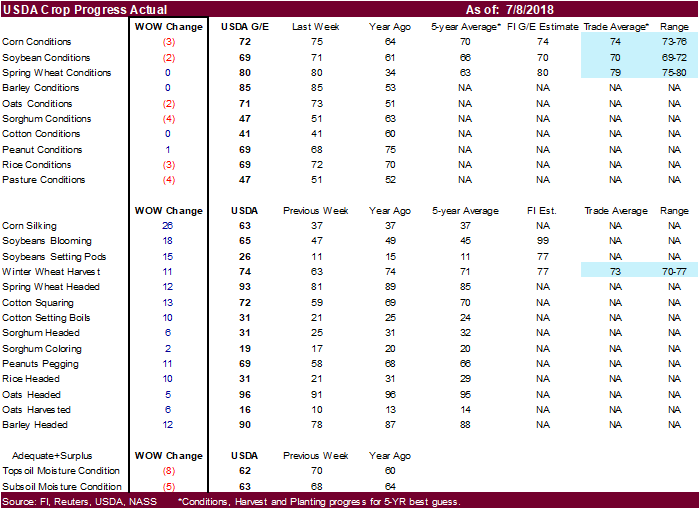 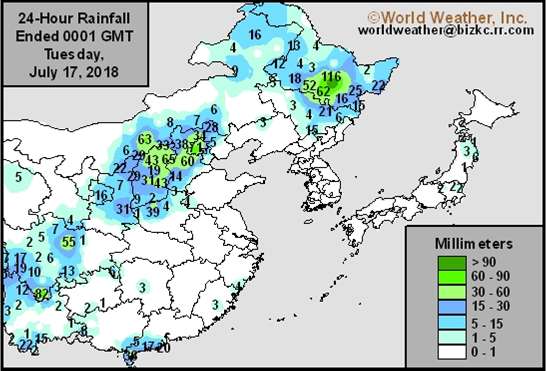 ·         US stocks are lower, USD higher, WTI crude unchanged to higher, and gold higher, at the time this was written.

·         Soybean prices continue to rebound after nearly hitting a decade low. USDA lowered US G/E soybean conditions which is supportive.

·         The soybean export prices for Brazil premium US widened to $68/ton as of early Monday for August shipment, leading some to think another $3-$5/ton move will attract China to buy US soybeans.  Brazil producers have been reserved sellers of soybeans as of recent, but there is growing fear that the premium will disappear if the US and China settled the trade disputes.  Meanwhile, Oil World shortened their timetable when SA supplies dry up to around the end of August.

·         US domestic demand for soybeans is very good. Exports are hanging in there as lower prices are attracting traditional and non-traditional buyers.  At $8.50 basis the November, look for importing countries other than China to take advantage.

·         Rotterdam vegetable oils were unchanged to lower and SA soybean meal when delivered into Rotterdam higher as of early morning CT time.

·         US wheat futures are higher following soybeans and ongoing global crop concerns, despite weather improving for some major exporting regions.

·         Australia will see another round of net drying in eastern Australia, threatening crop establishment.

·         Rain prospects increase this week for Rain in western Russia, Belarus, Poland and western Ukraine. Dry and warm weather for the northwestern US Plains, PNW, and Canadian southern Prairies are threatening yields.

·         Manitoba, Canada, crop report said hot temps have advanced crops but the province would benefit from a good rain. They are also monitoring diseases and insect activity.