·         Rain over the weekend was about as expected and cooling will start to set in after warm Monday temperatures. Nighttime low temperatures will be down into the 50s and 60s during mid-week, lasting through July 26. The southern U.S. Plains and lower Delta will remain hot during this period. 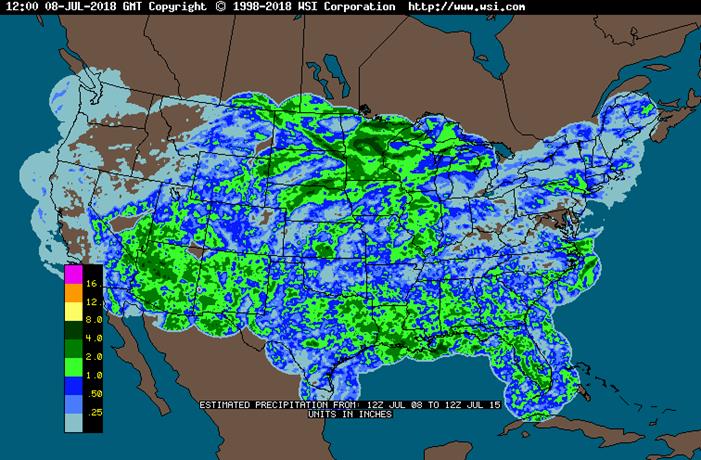 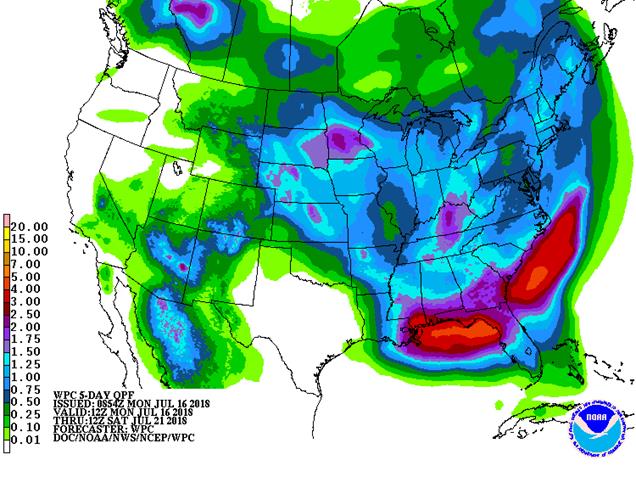 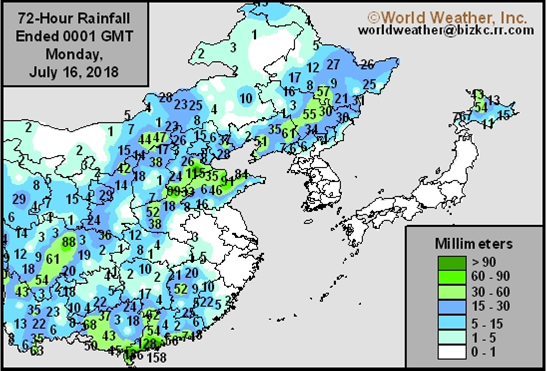 ·         The traditional funds for futures and options combined are now short in corn, oats, soybeans, soybean meal and Minneapolis wheat.

·         US stocks are mixed, USD lower, WTI crude sharply lower, and gold slightly, at the time this was written.

·         The rally in soybeans was thought to be weather related, and selected field reports (northwestern IA) showing poor crops in low lying areas.

·         Rotterdam vegetable oils were lower and SA soybean meal when delivered into Rotterdam were unchanged to lower as of early morning CT time.

·         US wheat futures are lower on improving global weather.