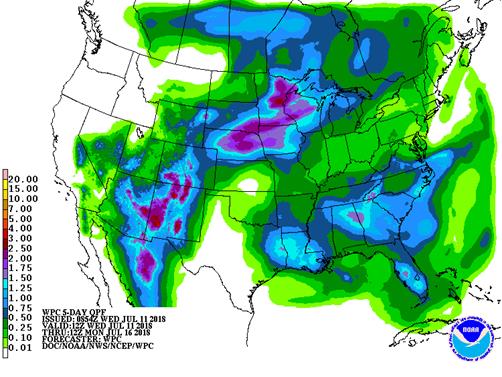 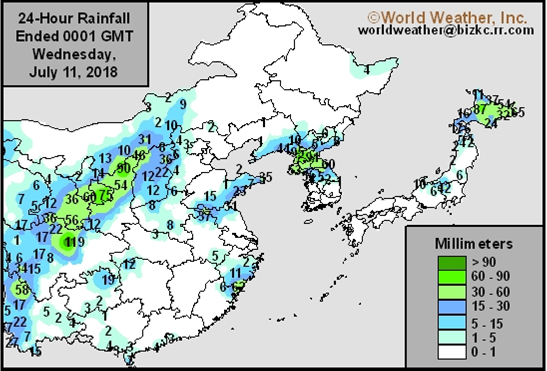 ·         US stocks are lower, USD turned lower, WTI crude lower, and gold lower, at the time this was written.

·         Chinese officials are trying to keep local markets and traders calm by exercising monetary policy and issuing statements that they can handle feed use without the assistance of US soybeans. They are also careful on limiting media coverage, according to newswires.

·         Cofco mentioned “China can meet any deficit in its domestic soy market should imports from the U.S. decline.”

·         September China cash crush margins were last running at 63 cents, down a penny from the previous session, and compares to 56 cents last week and 84 a year ago.

·         Rotterdam vegetable oils were lower and SA soybean meal when delivered into Rotterdam were 0.50-4.00 euros higher as of early morning CT time.

·         US wheat futures are on the defensive from widespread commodity selling amid China/US trade tensions.