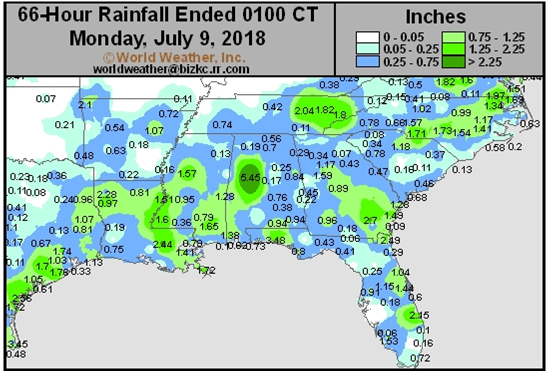 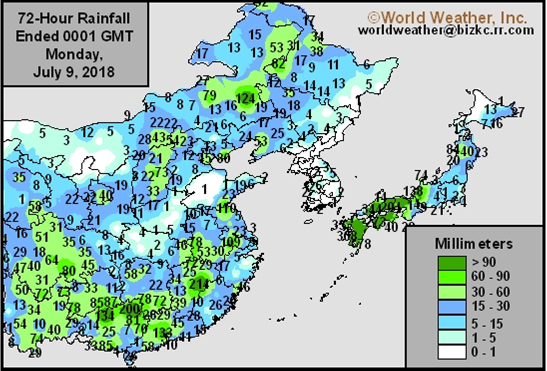 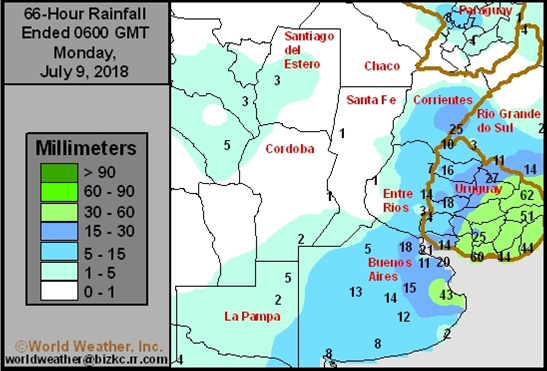 ·         US stocks are higher, USD is lower, WTI crude higher, and gold higher, at the time this was written.

·         We are looking for US corn crop conditions to decline slightly from the previous week.

·         The US soybean complex is trading lower on Monday. The strong move on Friday and mostly unchanged US weather forecast prompted light liquidation. Over the short-term, we still see upside in this market on oversold conditions.

·         China/US trade developments were slow over the weekend.

·         The weather forecast for the US Midwest didn’t change much from Friday’s outlook.

·         We are looking for US soybean crop conditions to decline slightly from the previous week.

·         China will reimburse the buyer the 25% tariff on soybean imports from the U.S. if the cargoes are for state reserves. (Bloomberg).  There was one cargo that showed up after the 25 percent tariff kick in on Friday, but that cargo will be headed to state reserves.

·         Rotterdam vegetable oils were mixed and SA soybean meal when delivered into Rotterdam were higher as of early morning CT time.

·         We are looking for US crop conditions to remain unchanged from the previous week.