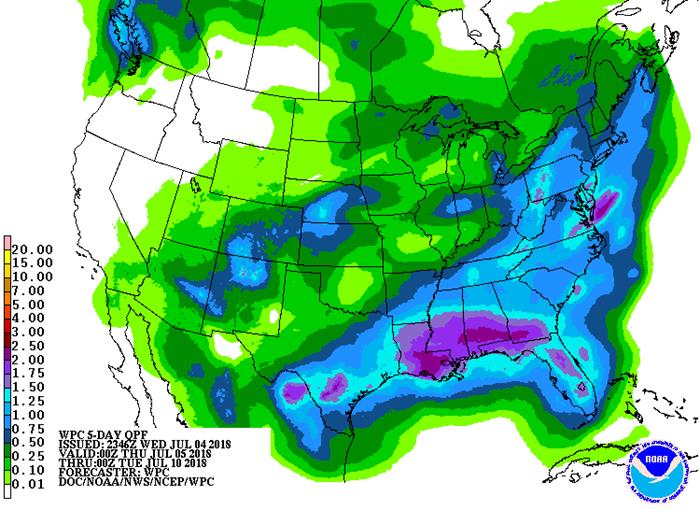 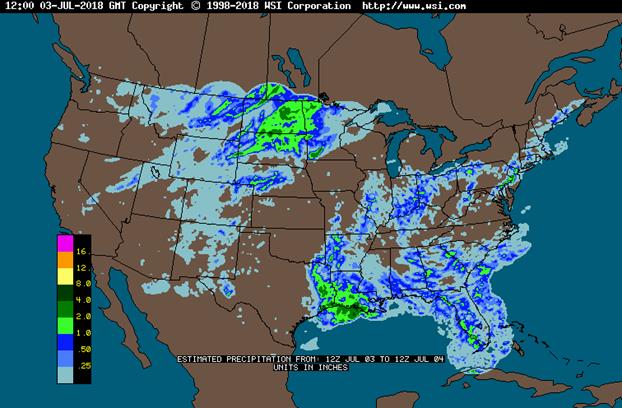 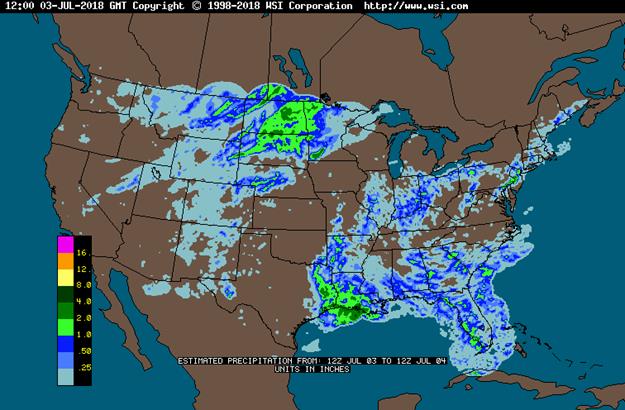 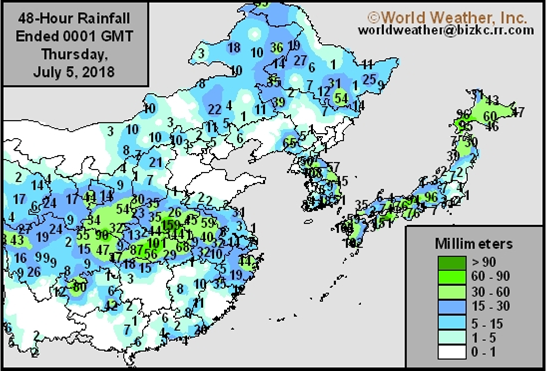 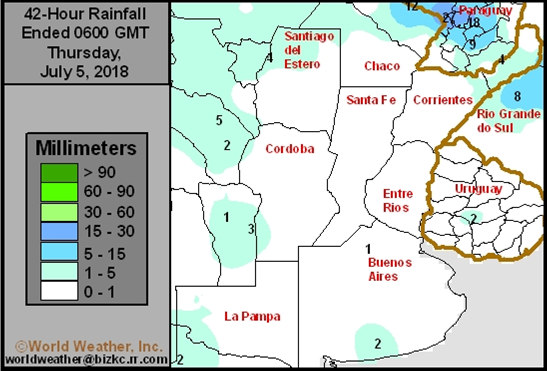 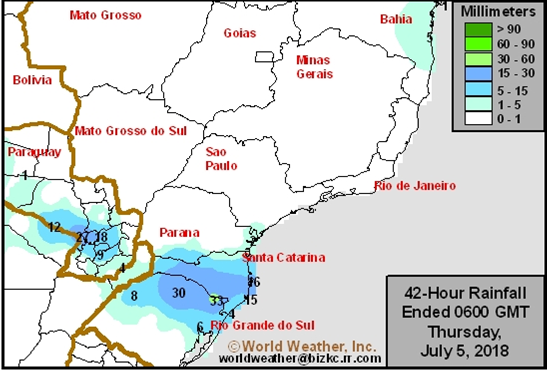 ·         China said they will not impose tariffs against the US until the US decides to pull the trigger.

·         US soybean complex may open lower. US weather is a little less threatening for second half July and China is expected to retaliate against the US by slapping on import tariffs that will include soybeans, after the US does so with 34 billion USD on good this Friday.

·         Traders are waiting to see if the US will slap on 34 billion USD of import tariffs on Chinese goods, resulting in a counter strike by China which could be the last nail in the coffin for 2017-18 US soybean exports to China.  China has already been maximizing purchases from Brazil.

·         Due to the federal holiday on July 4th, the next U.S. Export Sales report is scheduled for release at 8:30 A.M. on Friday, July 6, 2018. (USDA)  Traders are looking for additional cancellations of US cargos by China when USDA updates their weekly export sales report on Friday. Little more than 1 million tons of soybean sales are on the books for China.

·         After two days, Rotterdam vegetable oils were mostly higher and SA soybean meal when delivered into Rotterdam were lower as of early morning CT time.

·         Brazil producers are suing a large seed company over a patent’s validity to collect 800 million reais ($204 million) in royalties.

·         India raised their government set purchase prices for several crops, by most since at least 2014. They are rising about 25 percent compares to previous increases of 3-4 percent in the last three years. Some warned this could hurt India’s economy. 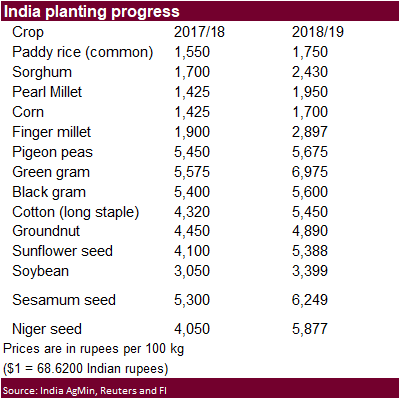