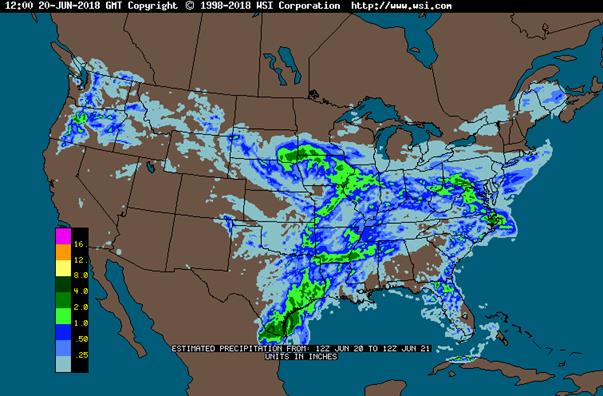 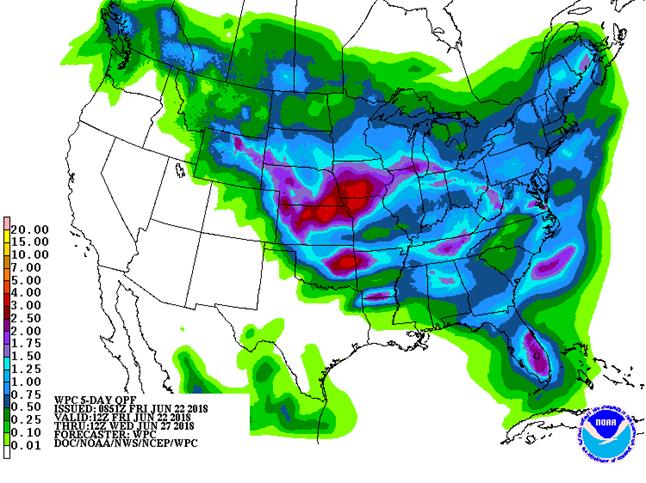 amts in central and 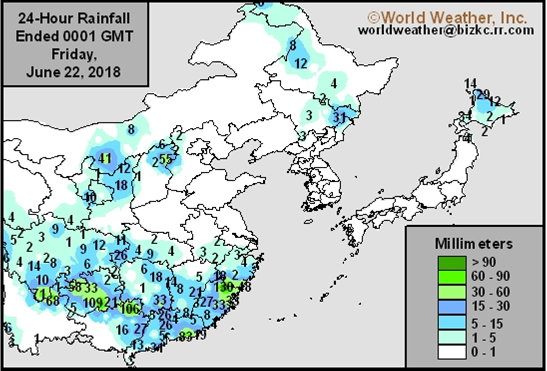 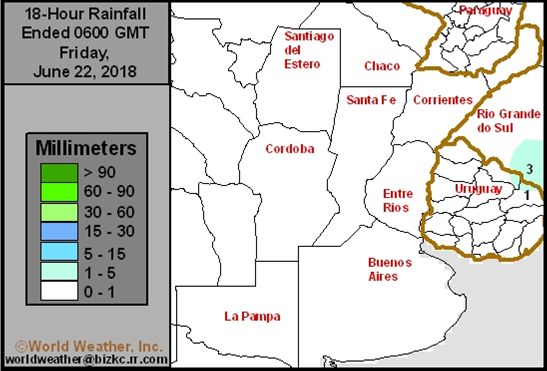 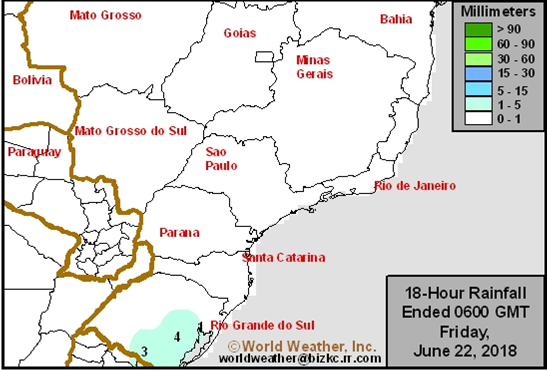 ·         USD is lower, WTI crude is higher, and gold moderately higher, at the time this was written.

·         CBOT soybean complex is higher on positioning ahead of the week end and rebound from several days of lower trade. Look for a choppy session.

·         September China cash crush margins were last running at 52 cents, down 20 cents from the previous session, and compares to 36 cents last week and 1 cents higher a year ago.

·         Rotterdam vegetable oils were 3-5 euros higher and SA soybean meal when delivered into Rotterdam were mixed as of early morning CT time.