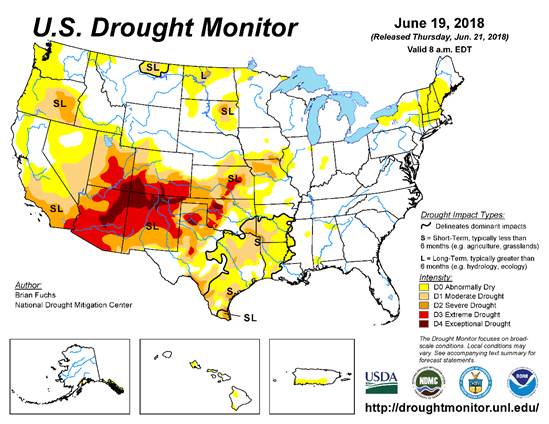 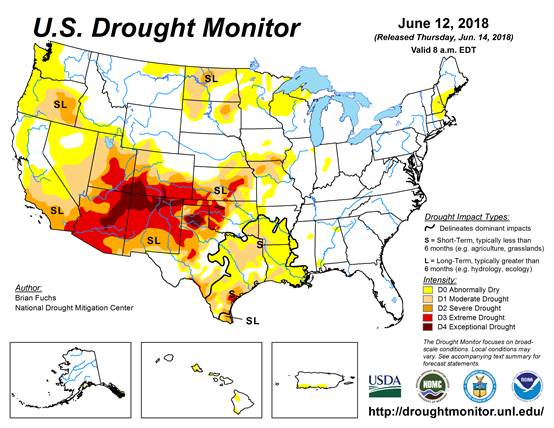 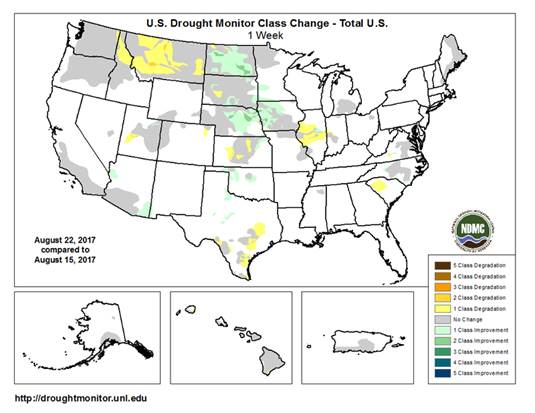 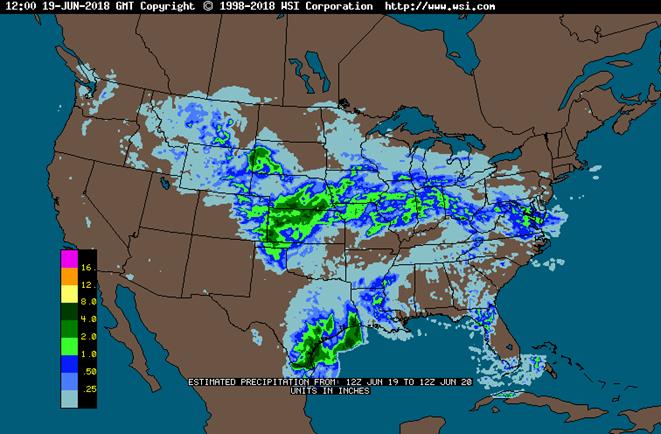 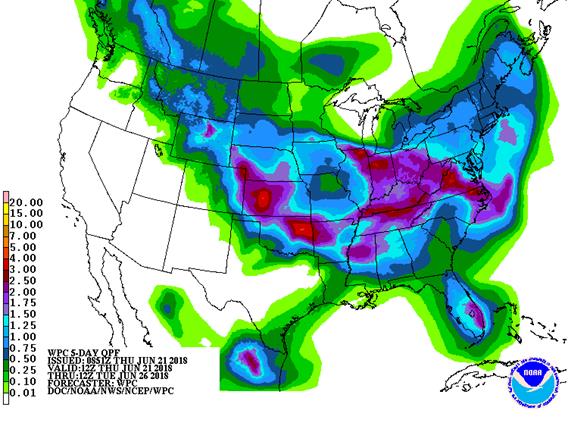 and SE S.D. to south 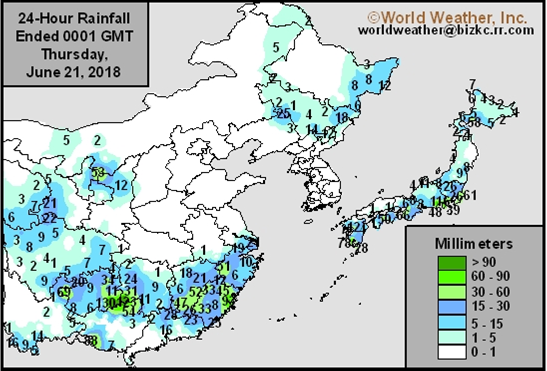 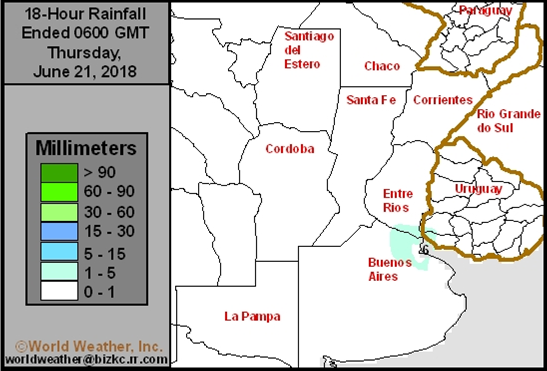 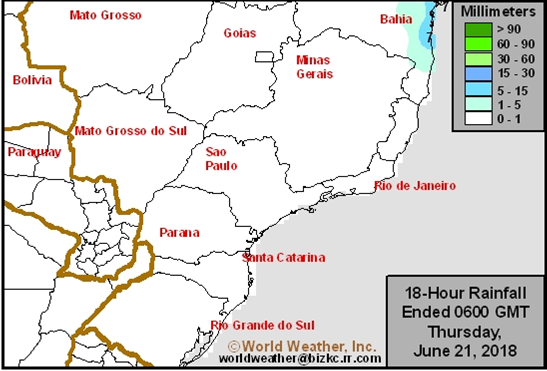 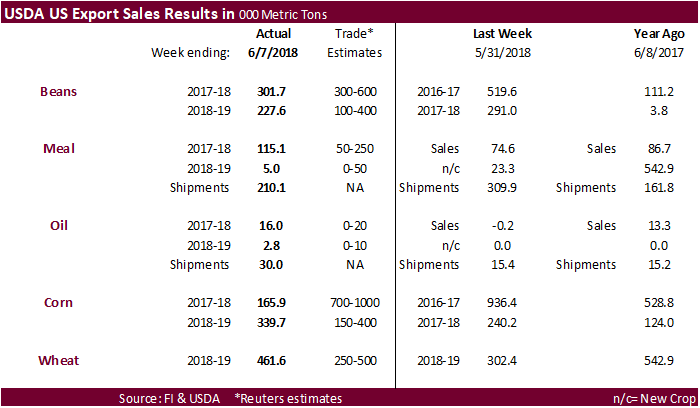 ·         Brazil’s National Agriculture Confederation (CNA) on Wednesday said 6.8 million tons of soybeans and soymeal exports were delayed due unresolved truck freight prices between trucker companies and grain handlers. About 60 ships have been impacted by delays and losses are estimated at 135 million reals from fines. Brazil’s high court said truckers and companies will try to reach an agreement on freight prices by next week. (Reuters)

·         September China cash crush margins were last running at 72 cents, down 3 cents from the previous session, and compares to 36 cents last week and 1 cents higher a year ago.

·         Rotterdam vegetable oils were 8-12 euros higher and SA soybean meal when delivered into Rotterdam were 2-16 euros lower, as of early morning CT time.

·         Some of the dry pockets across the US southwestern states will see rain and top soil moisture should improve.