PDF attached does no include the daily estimate of funds 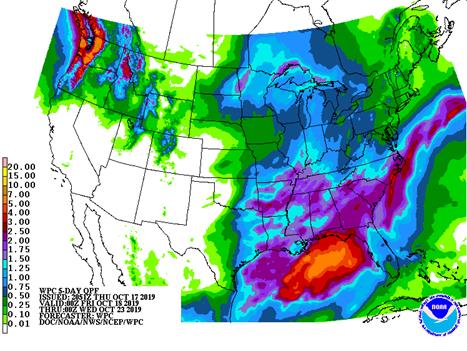 US Midwest weather in the coming week

US Delta weather in the coming week

Brazil weather in the coming week

Argentina weather in the coming week

·         US biofuel and farmer groups filed a petition in the US court of appeals against the EPA over the latest granting of small refinery biofuel waivers.

·         There was talk South Korea bought a couple cargos of corn for Feb/Mar arrival.

·         U.S. Bacon Pile Is Biggest in 48 Years, But May Start to Ebb …More than 40 million pounds (18,000 metric tons) of pork bellies, the cut used for bacon making, were sitting in refrigerated warehouses as of Sept. 30, according to U.S. government data released Tuesday. That’s the most for the month since 1971 (Bloomberg).

·         The US weekly EIA ethanol data was viewed neutral to slightly bullish for US corn futures and neutral for US ethanol futures.

·         For comparison, A Bloomberg poll looked for weekly US ethanol production to increase 7,000 barrels from the previous week and stocks to decrease 423,000 barrels. 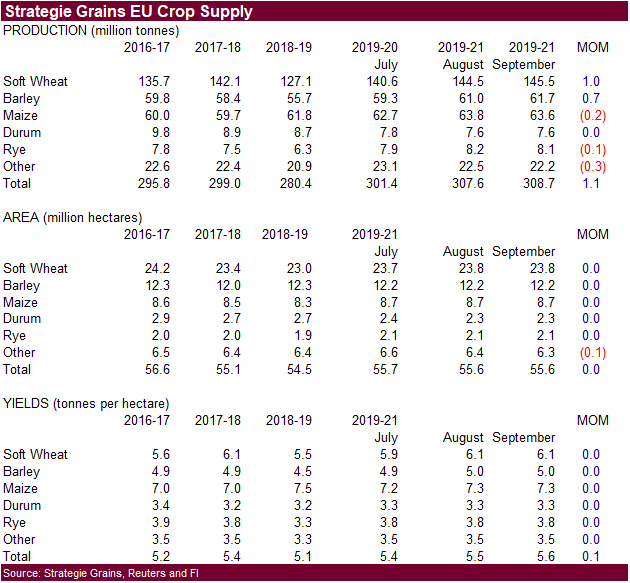 ·         There was talk South Korea bought a couple cargos of corn for Feb/Mar arrival. 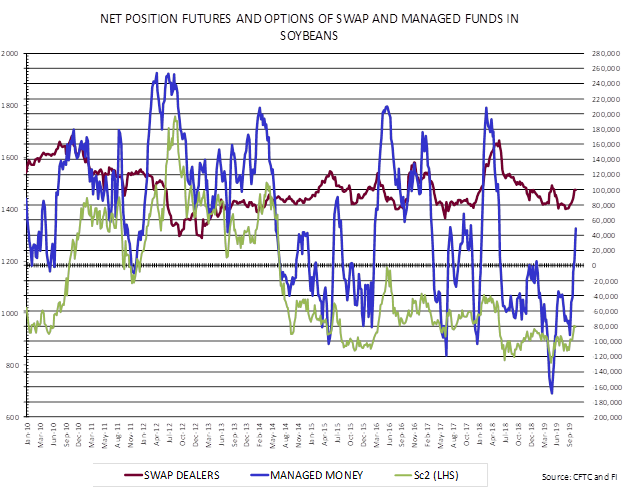 ·         Following a day after we heard China will allow up to 10 million tons of tariff free US soybean imports that will include private importers, there were rumors China bought 190,000 tons of US soybeans over the past day from the US.  Later we heard 5-6 cargos out of the PNW and Gulf.  Keep in mind late last week we heard China bought 400,000 tons from the US, but 24-hour sales failed to confirm that.  This morning 128k were reported to unknown. 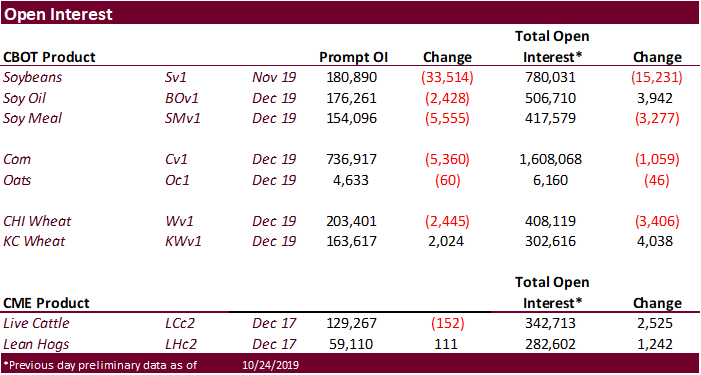 ·         US wheat traded two-sided, ending higher despite improving weather for US and Canada.  Global export developments increased over the past couple of days, but it appears the US will participate in 2, maybe 3 of them.