·         September 1 grain stocks were all above trade expectations, and prices were quickly to respond. After wheat began to stabilize, buyers rushed to the market which turned prices around, but then wheat prices turned lower in afternoon trading. Corn and soybean futures began to pair losses shortly after the report but made new session lows after buying activity dried.

·         Upper Midwest temperatures are going to be very cool over the weekend.

·         Mato Grosso will see daily showers through October 12th but amounts will be light on and off.

·         Mato Grosso do Sul to Sao Paulo southward into Paraguay and far southern Brazil will see regular rounds of showers through the next two weeks that will induce some increases in soil moisture.

·         Frequent showers will occur in the Delta through Tuesday.

·         The Midwest will also be active starting later this week which should slow harvesting before a couple more days of net drying occurs outside the Ohio River Valley region.

·         Improving weather across Europe and the CIS is bearish for wheat. 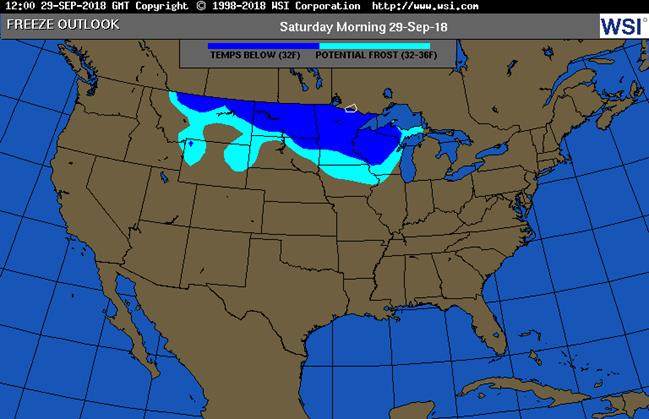 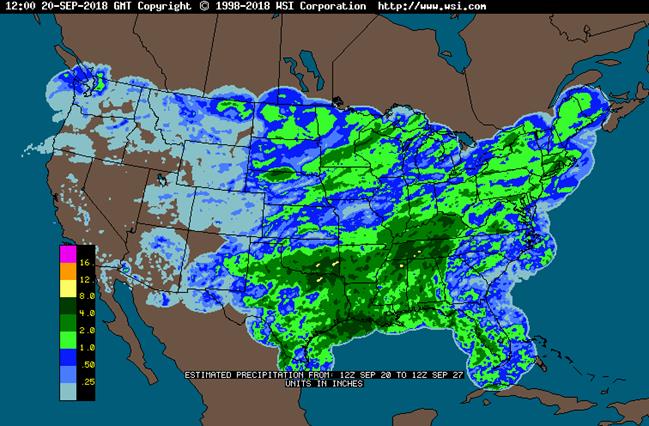 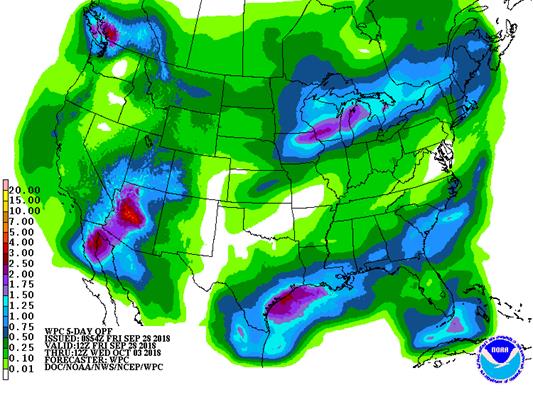 from south Ia. to Wi.

west Il. to central In.

·         There are no new record net short soybean oil positions for the week ending September 25.

·         The traditional funds were more long than estimated for all the major agriculture commodities.

·         The European Commission lowered its estimate for corn production to 61.9 million tons from 64.2 million previously and compares to 64.5MMT last year. 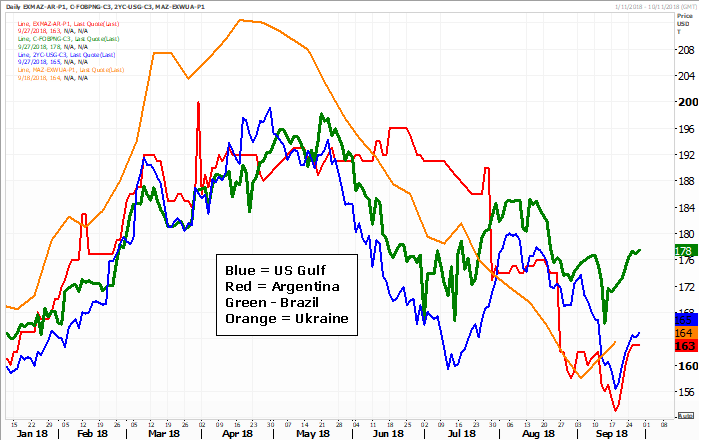 ·         Soybean oil futures over the next week could see limited downside on the recent firming of basis across the ECB and Gulf, but energy and palm prices will continue to have a good influence in price fluctuations.

·         US harvesting delays are in the spotlight but we think US harvest progress could advance a healthy 11 points to 25 percent, 6 points above average. 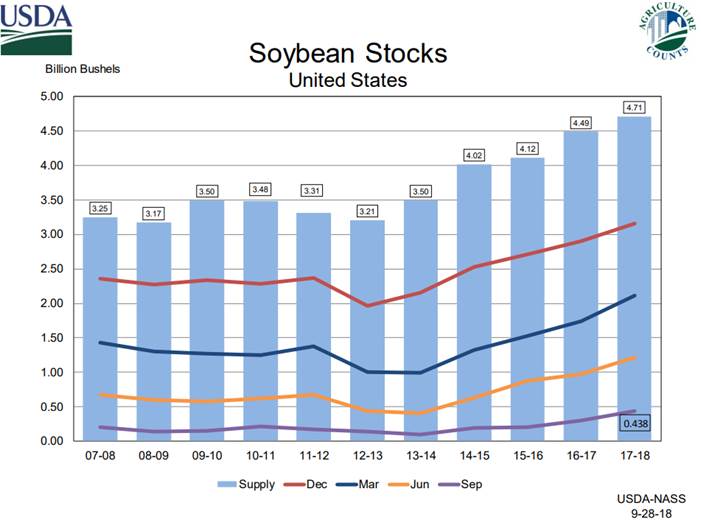 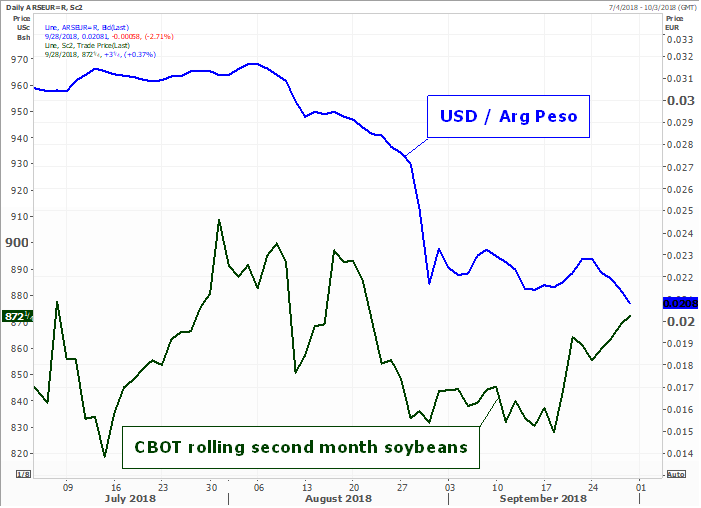 ·         As a result, wheat prices took a hit, but rebounded, only to trade lower gain in afternoon trading. We look for a good area expansion in 2019 amid expansion in winter wheat plantings.  Prices are higher than this time last year. 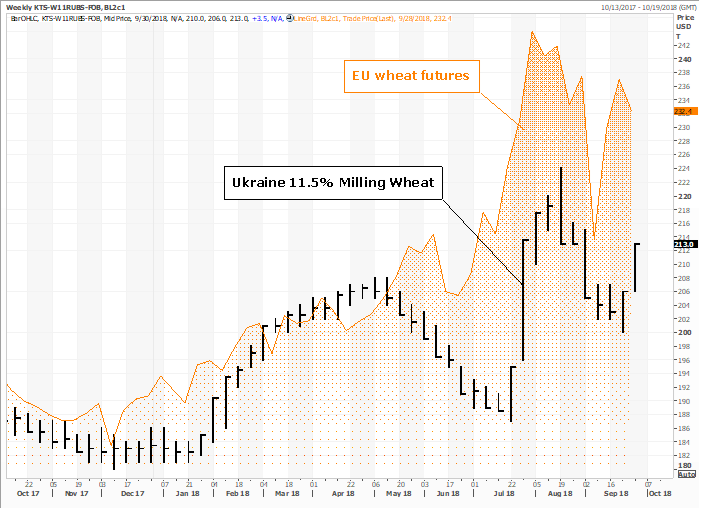