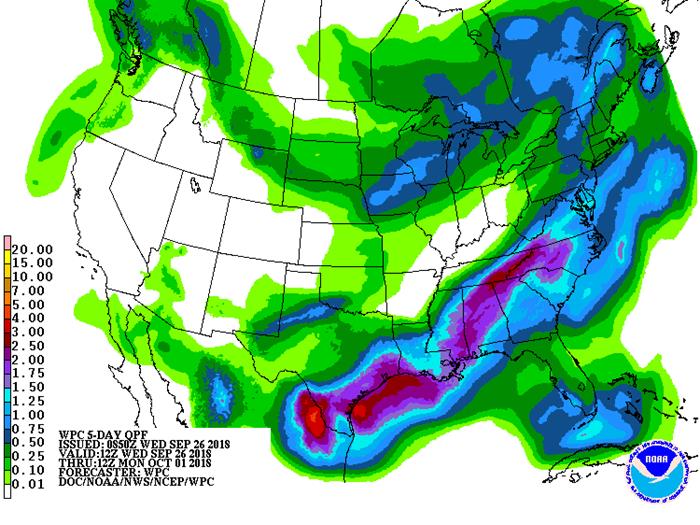 ·         Traders are starting to build a weather premium into the agriculture markets citing harvesting delays in Canada and US.

·         The Midwest will also be active which should slow harvesting. The Midwest will not always see rain over the next two weeks. The areas that will be wet will include Eastern South Dakota through central and southern Minnesota and Iowa to northern Illinois and Wisconsin into Michigan.

·         Improving weather across Europe and the CIS is bearish for wheat.

·         Wednesday’s forecast was a little wetter for Mato Grosso. Any rain for this region will be important, the October outlook for MG remains on the drier side. Meanwhile, SA weather looks good over the next 1-2 weeks.

·         Canada is seeing too much precipitation in form of snow and rain, and temperatures will remain cool.

in the west; driest SE 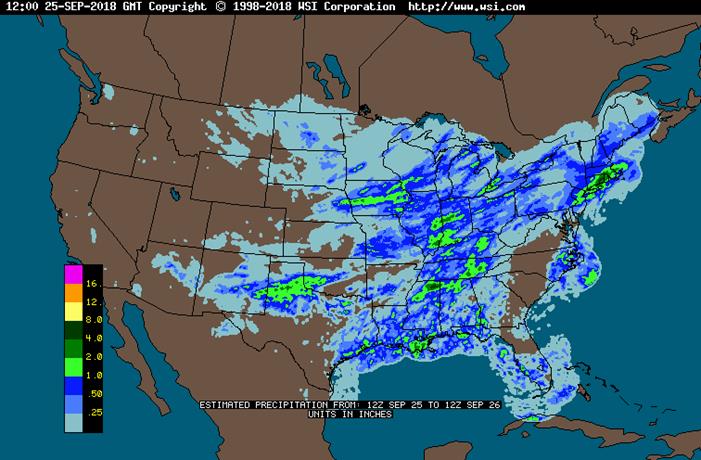 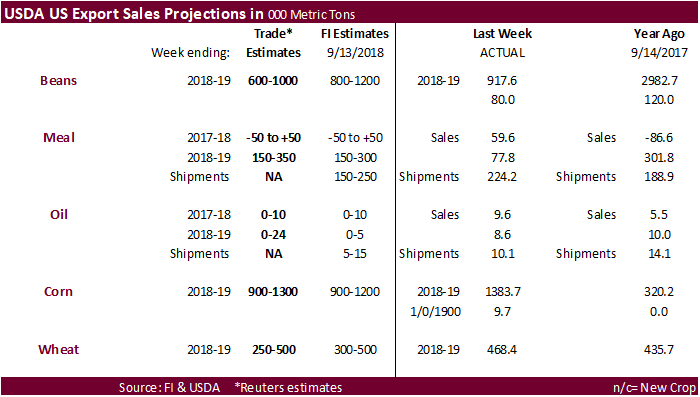 ·         China sold about 83 million tons of corn out of reserves this season and some are predicting up to 100 million tons will be sold by the end of the marketing season. 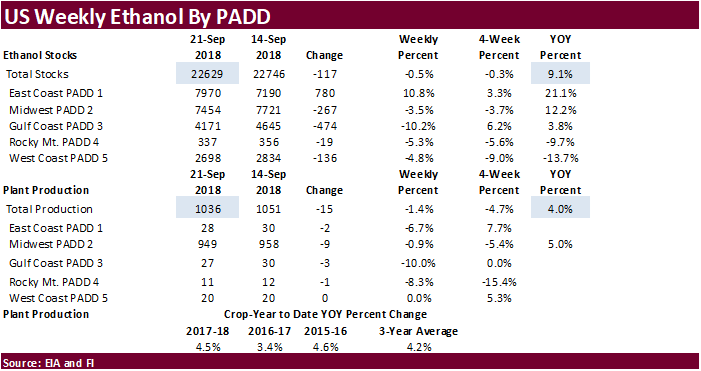 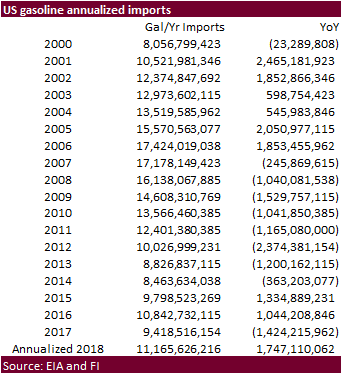 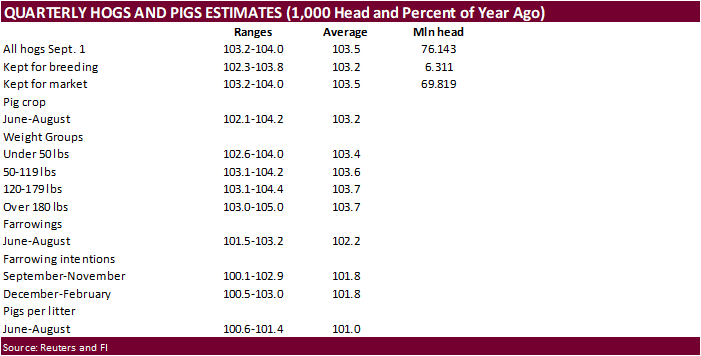 ·         The soybean complex traded higher in large part on higher China values and strong US soybean sales to Mexico of 671,934 tons-largest one day sales in US history.  If there are no cancelations for the week ending 9/27, then weekly sales should top the record 334,491 tons for the week ending 2/22/18.

·         Traders are slowly building a weather premium into the agriculture markets as wet weather later this week into all next week should slow US harvest progress.

·         The global shift in the soybean trade balance continues. Canada may export soybeans to China and replace them with US soybeans. But some hold off on speculation China may still turn to the US for soybeans as Brazil and Argentina may soon run out of supplies for export.

·         China soybean meal futures were up sharply early on Tuesday.

·         Govindbhai Patel estimated India will need to import a record 15.2 million tons of edible vegetable oils during the November 2018-October 2019 period, based on several elements including a 2.1% increase in domestic consumption and 9 percent shortfall in normal rainfall.

·         The European Commission apparently ruled they will not put in place provisional import duties on Argentina biodiesel imports during the current anti-dumping investigation. In mid-March the duties were dropped after the European Court of Justice (ECJ) earlier ruled against them.

·         Iraq confirmed they bought 50,000 tons of US wheat and 50,000 tons of Australian wheat. Iraq is also seeking another 50,000 tons of wheat. Canadian wheat is the lowest offer in that separate import tender at $337/ton (offers valid until September 27).  Iraq needs wheat for four after Turkey restricted flour shipments.