·         Two more days of much warmer-than-normal temperatures and dry conditions will occur in most of the lower and eastern Midwest.

·         HRW wheat country will see rain delaying plantings of winter wheat but the precipitation was welcome. 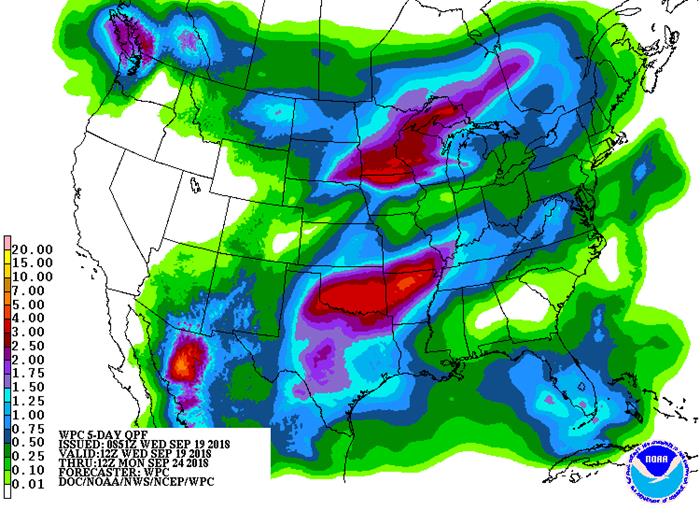 and NW Wisc. with up

Statistics Canada Canadian crop production estimates based on satellite and agroclimatic data, not the farm survey. 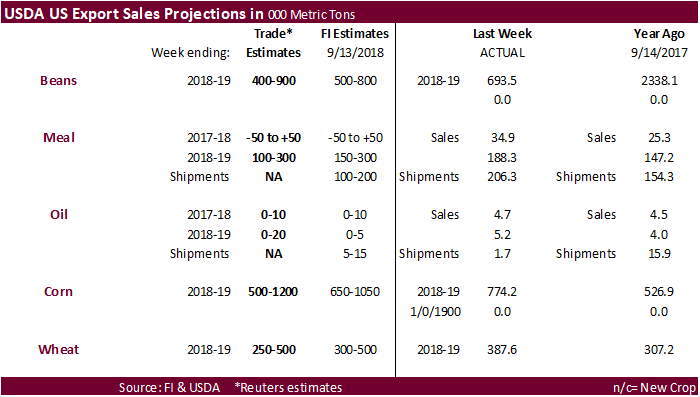 ·         Corn futures ended higher following wheat and soybeans. Large US crop prospects and harvesting pressure limited gains. Recall prices hit contract lows on Tuesday, and could test those lows again by the end of the week.  Global trade has increased this week. South Korea is covering through the end of February.

·         Weekly US ethanol production increased 31,000 barrels per day to 1.051 million, higher than trade expectations, 1.7 percent above the comparable period a year ago but 2.1% below 4 weeks earlier.  US ethanol stocks decreased 148,000 barrels to 22.746, about in line with expectations. At 22.746 million barrels, ethanol stocks are up 7.8% from the comparable period a year ago. Days of inventory stand at 21.8, up from 21.5 last month and compares to 20.5 a year earlier. The weekly ethanol figures were viewed as neutral for corn futures.  Note year to date corn futures are down about 2 percent while ethanol futures are off 6 percent. WTI year to date is up 17 percent. 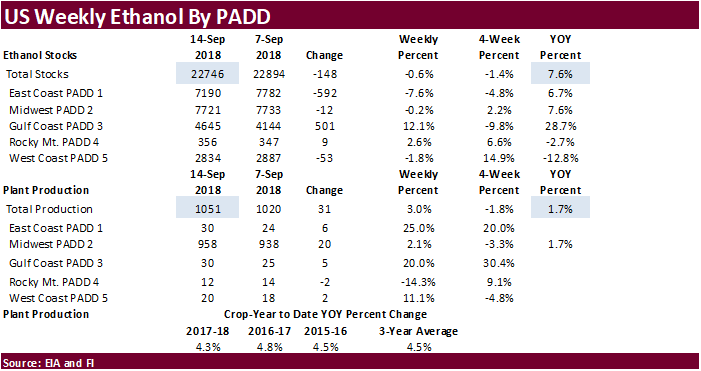 ·         Soybeans saw a strong technical rebound after trading near a 10-year low on Thursday. Prices settled near session highs.

·         There was chatter Argentina bought additional US soybeans.

·         Topic of storage is starting to pick up steam. We are hearing some producers are being turned away from elevators across the western areas of the WCB and upper Great Plains. Soybeans and soybean oil fully carry is already high.  Bull spreading is an option for producers if plan to store it.  Look for short rolling from Nov to Jan, then eventually Jan to Mar, etc, until the cash market appreciates and/or spreads tighten. 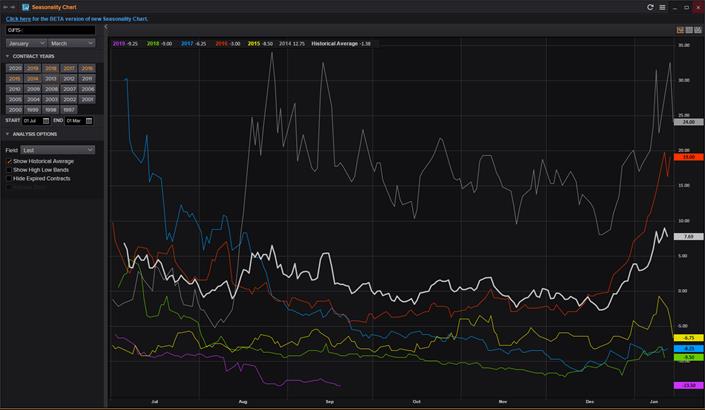 ·         Price gains in soybeans were limited on US harvesting pressure, good SA weather and US/China trade conflict to limit gains.

·         Soybean oil was lower after Malaysian palm fell out of bed but turned higher from a rally in WTI crude oil.

·         A week from this Friday is the USDA September 1 stocks report. We are not looking for a large deviation in US soybean stocks from USDA’s September WASDE projection.

·         A University of Illinois report projects corn may return a higher return over soybeans in 2019: 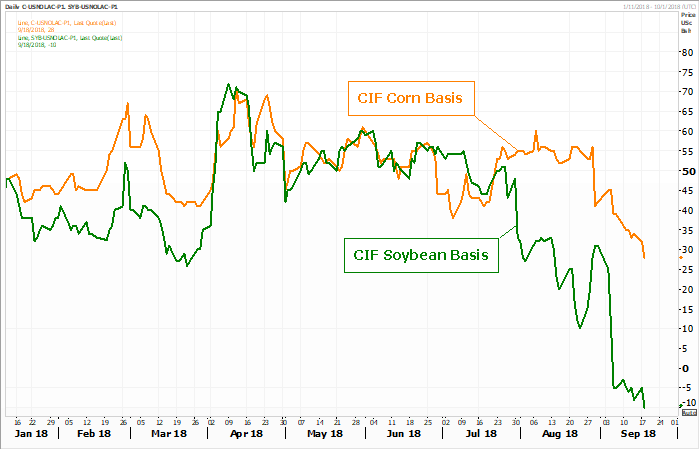 ·         US wheat was higher on follow through buying from an increase in global demand and Australian production woes. 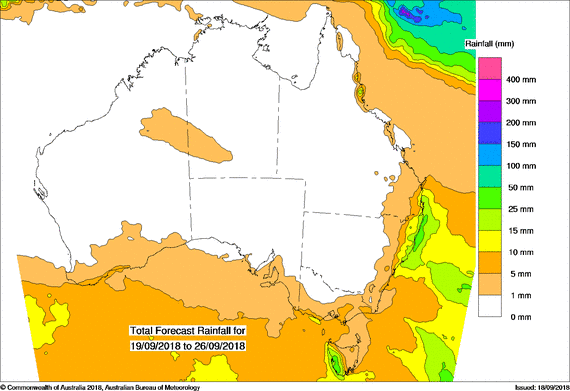