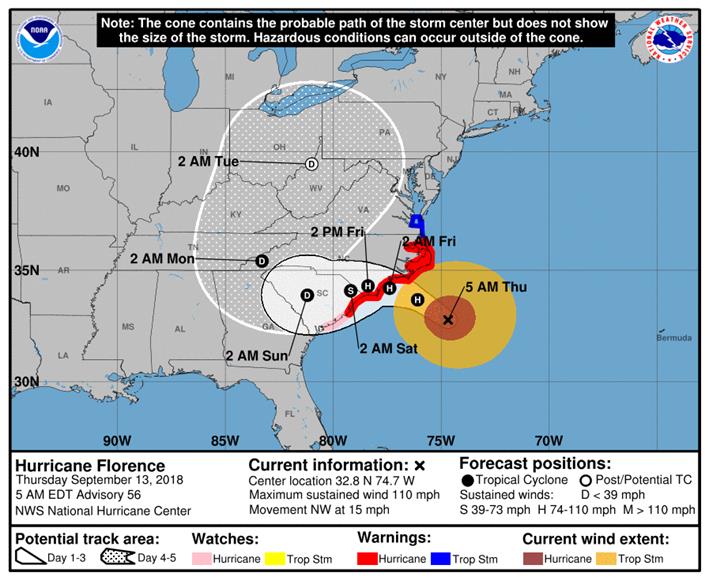 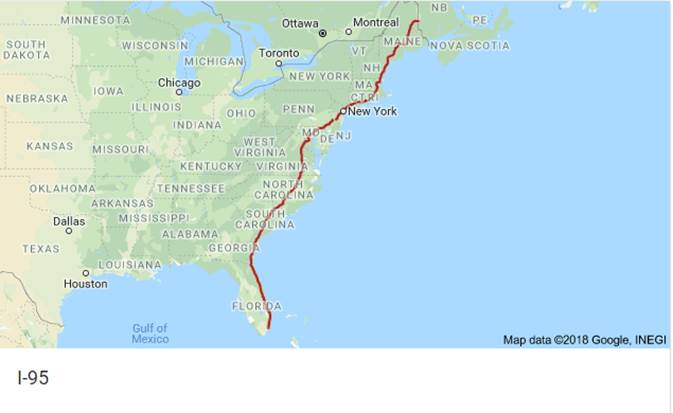 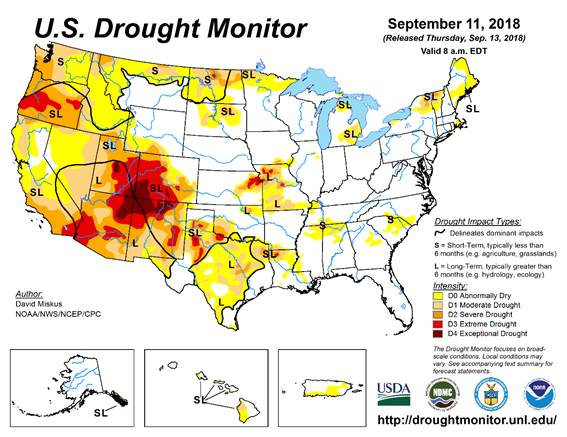 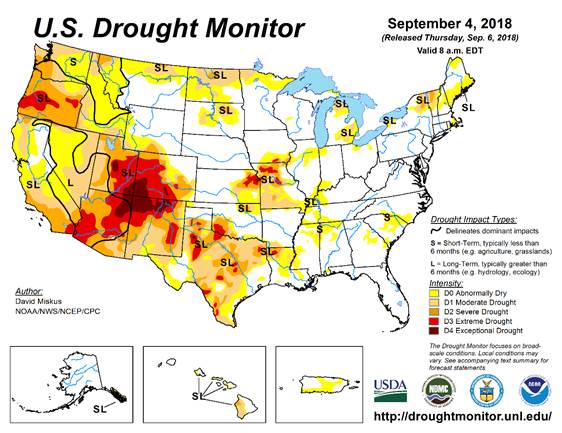 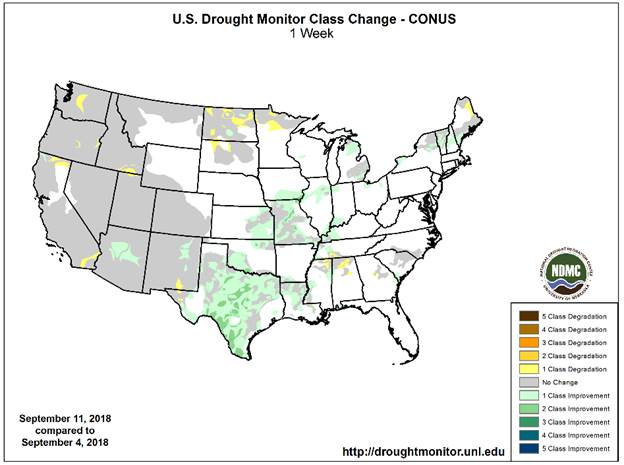 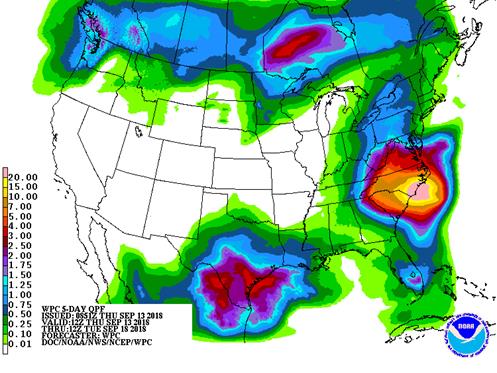 to central N.C. through

in the Carolinas, south

Va. and nearby areas in 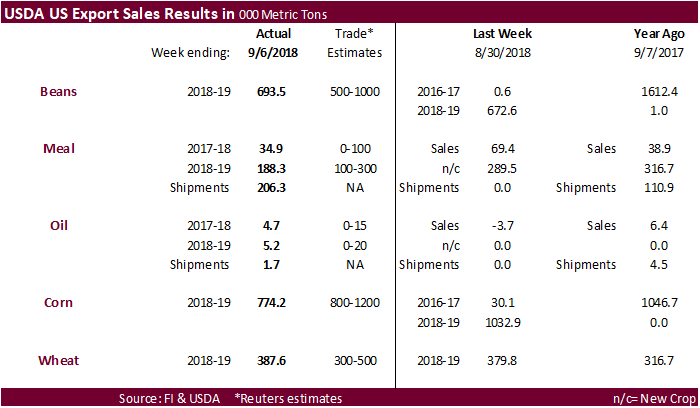 ·         President Trump today said “we are under no pressure to make a deal with China.” This sent a bearish undertone to the soybean market.

·         Hurricane Florence will bring widespread rain to the SE parts of the ECB, up into the Ohio River Valley.  Flooding is expected but the majority of the heavy flooding will stay near the coastal areas of the Carolina’s, northern GA, and southern Virginia.

·         Note SC and GA make up 17 percent of the total US cotton crop.  USDA reported earlier this week cotton bolls opening were at 43 percent for NC, 28 percent for SC, and 40 percent for GA.  USDA did not report a harvest figure for these three states.

·         US soybeans are completive enough in comparison to Brazil to attract Chinese business, but don’t look for robust purchases just yet. They may look to exhaust soybean meal supplies from SA and other oilseed producing nations, such as Ukraine for sunflower meal and India for soybean meal.

·         Which brings us to believe Brazil could import soybeans to crush for soybean meal.

·         An India delegation was invited to China to discuss soybean meal trade. If this is authorized by China, they could become less dependent on soybean imports. India used to export soybean meal to China, but you have to go back several years.  India’s soybean crop is projected 2 million tons higher than 2017.

·         Soybean export basis is extremely low and lack of business was noted this week. Advancing harvest in the Delta with reports of good yields are adding to the pressure on soybean basis.

·         Australian canola production was pegged by FCStone at 2.4 million tons, below 2.8 million tons forecast by ABARES.

·         US wheat traded 1.75-9.75 cents lower led by Chicago to the downside despite very little bearish news in the market to press it down.  Global trade increased this week. There might have been some follow through selling from USDA’s upward revision to Russia wheat on Wednesday was noted. A could traders question if USDA is too high for that country. 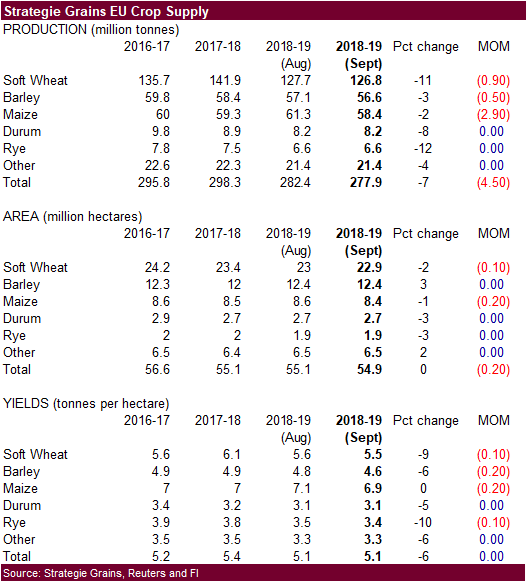 This email, any information contained herein and any files transmitted with it (collectively, the Material) are the sole property of OTC Global Holdings LP and its affiliates (OTC); are confidential, may be legally privileged and are intended solely for the use of the individual or entity to whom they are addressed. Unauthorized disclosure, copying or distribution of the Material, is strictly prohibited and the recipient shall not redistribute the Material in any form to a third party. Please notify the sender immediately by email if you have received this email by mistake, delete this email from your system and destroy any hard copies. OTC waives no privilege or confidentiality due to any mistaken transmission of this email.