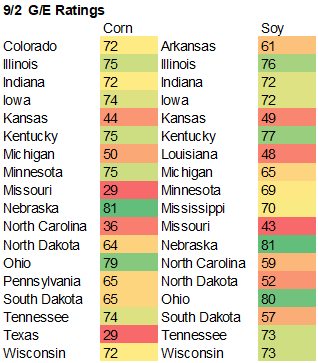 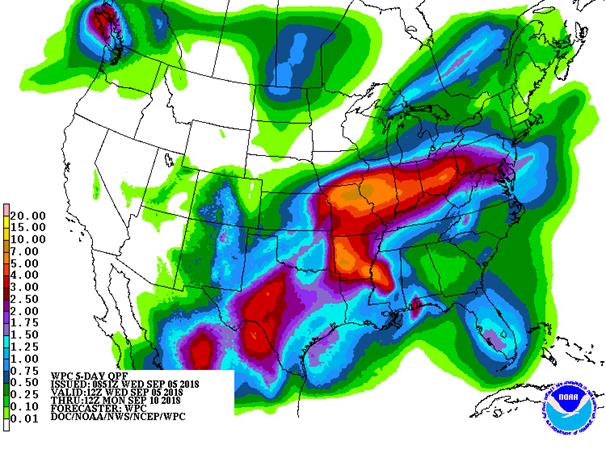 First indication of frost/freeze, that we see, may occur tonight. 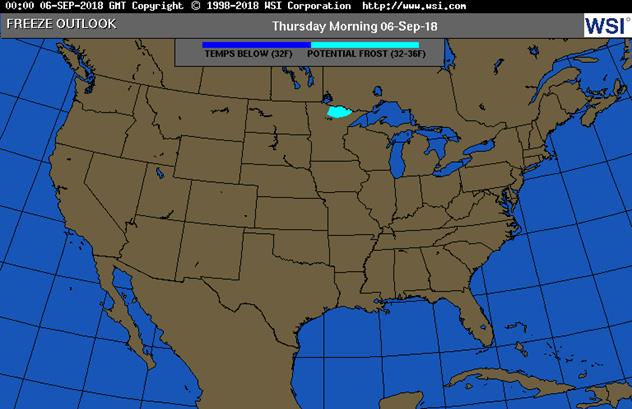 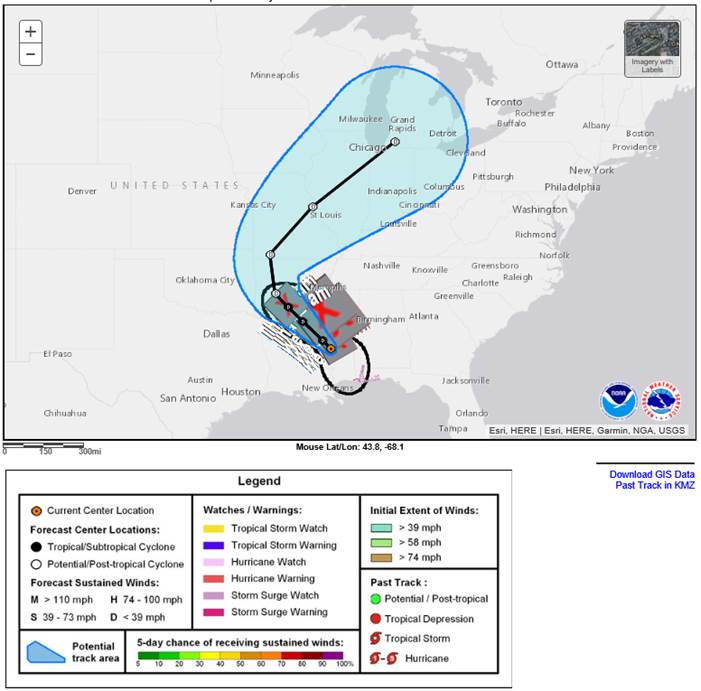 from central to east Mo.

amts from central to SE

·         Trade talks between the US and Canada resumed. Canada is taking a hard stance.

·         Oats were higher until near the CBOT close after southern Canada saw frost/freezes in many areas from Alberta into western Manitoba and Saskatchewan.

·         Canada’s PM Justin Trudeau said he will not back down to the US when they resume NAFTA talks.

·         MPOB is due out September 12.  Reuters poll estimated August end-stocks may increase 9 percent month-on-month to 2.41 million tons and production rising 9.9 percent to 1.65 million tons. August exports are seen up 2.3 percent to 1.23 million tons from the previous month.

·         Australia’s Bureau of Meteorology mentioned the drought across eastern has intensified and forecast it will continue to experience dry weather for at least the next three months.

Statistics Canada is due to release July 31 Canada stocks on Thursday morning, September 6.