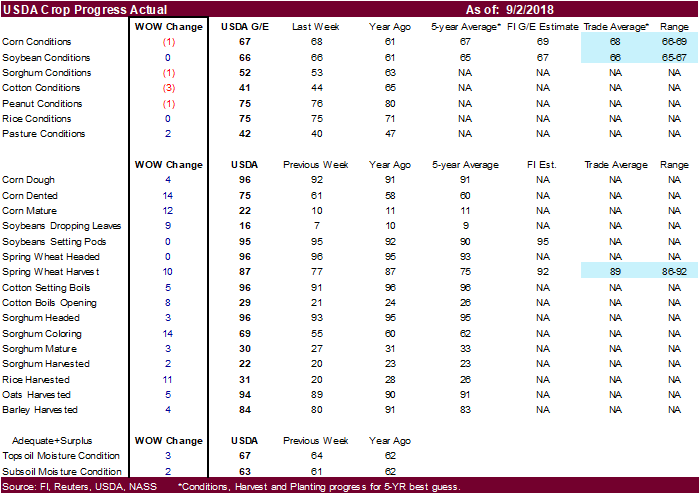 MOST SIGNIFICANT WEATHER AROUND THE WORLD

•                    Southern Oscillation Index continues to waiver well below zero maintaining potential for El Nino, although ocean temperature changes during the past week have not been substantially great.

•                    Drought continues in western CIS, but relief is likely for central and southeastern Ukraine Thursday into the weekend with daily showers expected

•                    Typhoon Jebi was moving across western Japan today with some damage to personal property and agriculture anticipated, but losses will not be huge

•                    Portions of Europe will receive some rain this week, but northern France, parts of Germany, southern portions of the U.K. and western Poland will still struggle for moisture 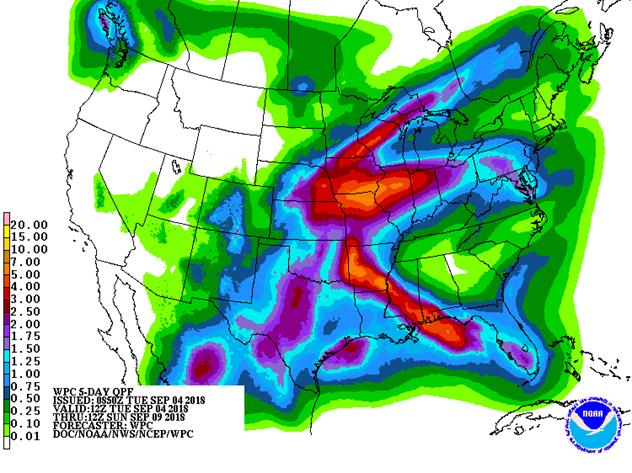 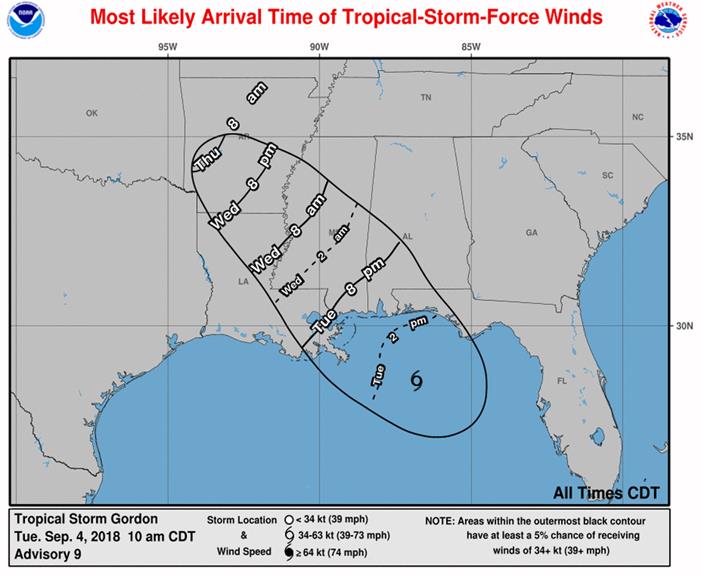 in most areas from east

in north Mo. and SE

and locally more from

central and north Il. to

amts from centrl to SE

Brazil selected export data for the month of August. 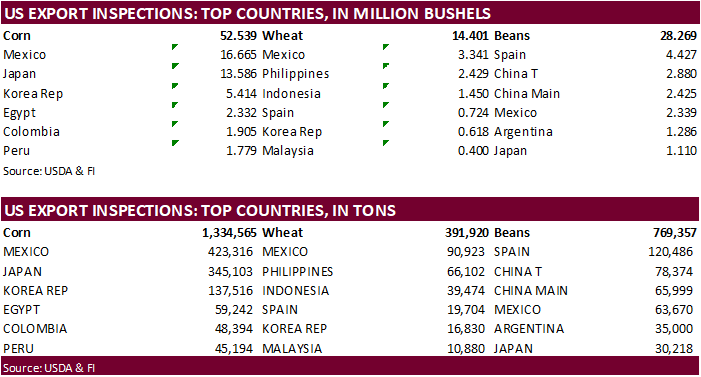 USDA crop progress. Corn conditions decreased one point to 67 for the combined good/excellent categories. Trader were looking for unchanged. Corn harvesting will be reported next week. For the purpose of the September USDA report, we are using 175.5 bu/ac, unchanged from the previous week. 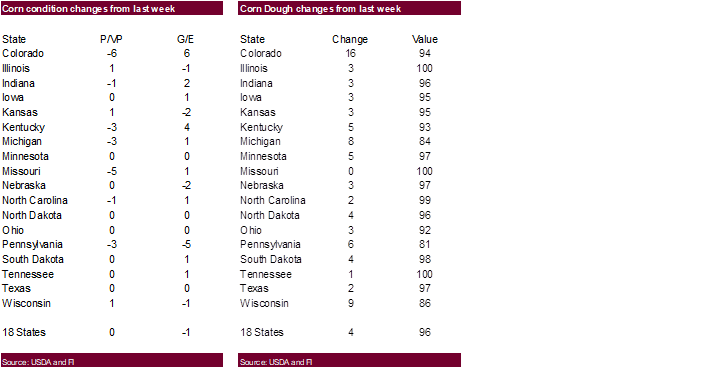 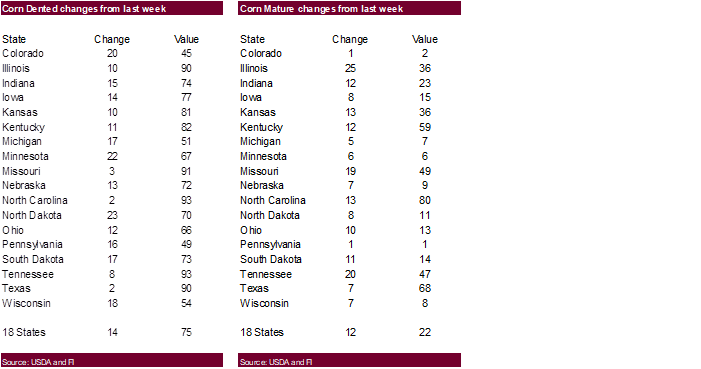 ·         Argentina lowered one soybean tax and added another that resulted in a net 3% increase in overall tax to about 28%. They did the same thing for the products. Corn and wheat were increased to roughly 10 percent from zero. Reuters noted “a 25.5 percent export tax that had been put on soybeans was dropped on Monday to 18 percent, as has the 23 percent tax placed on international soyoil and soymeal shipments. But on top of that 18 percent tax, the three products will now be slapped with an additional levy of 4 pesos per export dollar, bringing the effective tax hike on soybeans and byproducts to 3 percentage points. “

·         A hurricane is expected to make landfall around Tuesday near NOLA, which should delay harvesting across the Delta early this week.

·         Brazil’s high court ruled 6-1 to ban imprisoned Luiz Inacio Lula da Silva from running in the October elections.  This could be a problem for the Brazil stock market and currency on Monday when trading resumes as both markets rallied late last week in anticipation the court would let him run.  An appeal will be filed. Meantime, traders should monitor soybean price reaction on possible large currency moves in Brazil and Argentina ahead of the Monday overnight open. https://www.bloomberg.com/news/articles/2018-09-01/lula-banned-from-brazil-presidential-race-by-election-court

·         China’s Soybean Industry Association said they will not face a soybean shortage in Q4.

USDA crop progress. Soybean conditions were unchanged at 66 for the combined good/excellent categories. Trader were looking for unchanged. Soybean harvesting should be reported in two weeks. We are using 50.9 bu/ac for the purpose of the USDA report, 0.7/bu below USDA August. 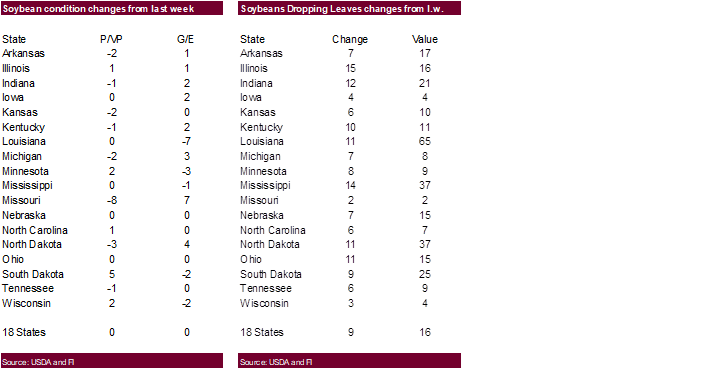 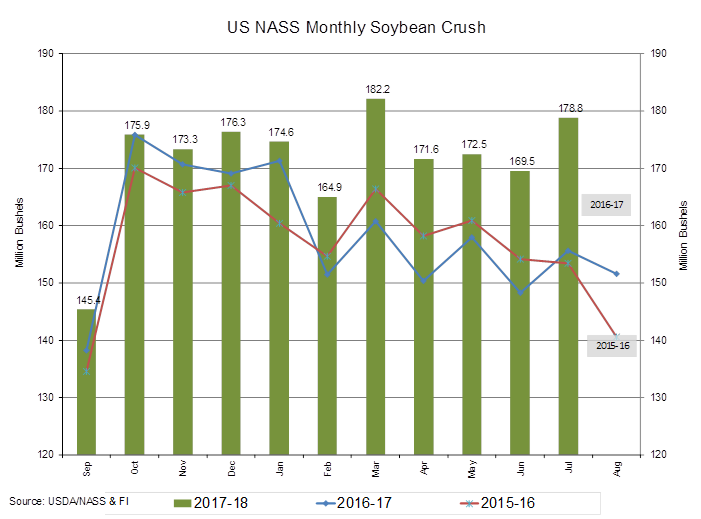 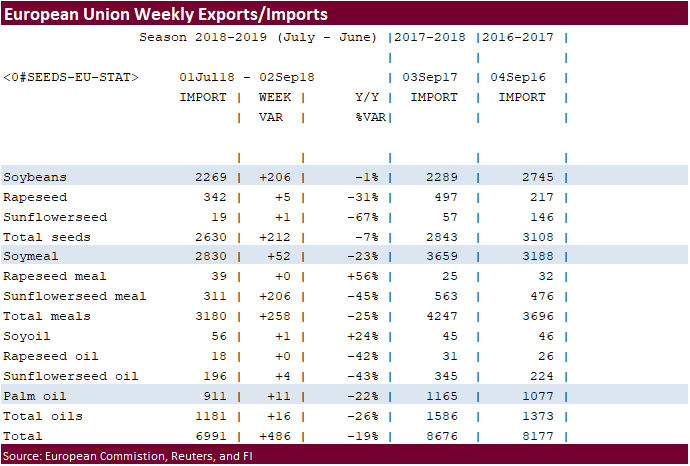 USDA crop progress. US spring wheat harvesting progress was reported at 87 percent complete, 2 points below expectations, and compare to 87 percent a year ago and 75 percent average.

Statistics Canada is due to release July 31 Canada stocks on Thursday morning, September 6. 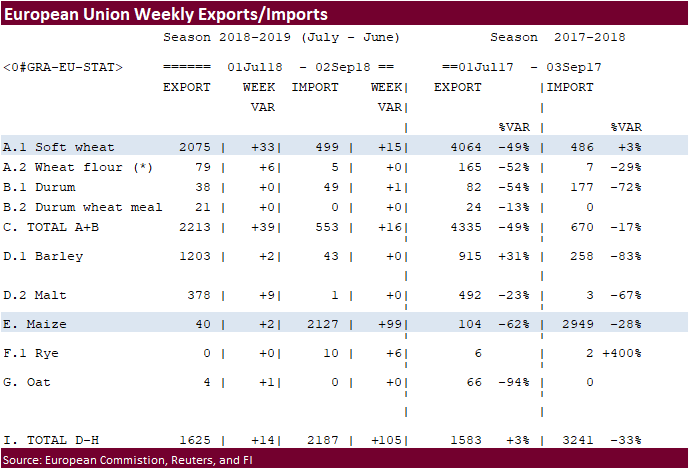 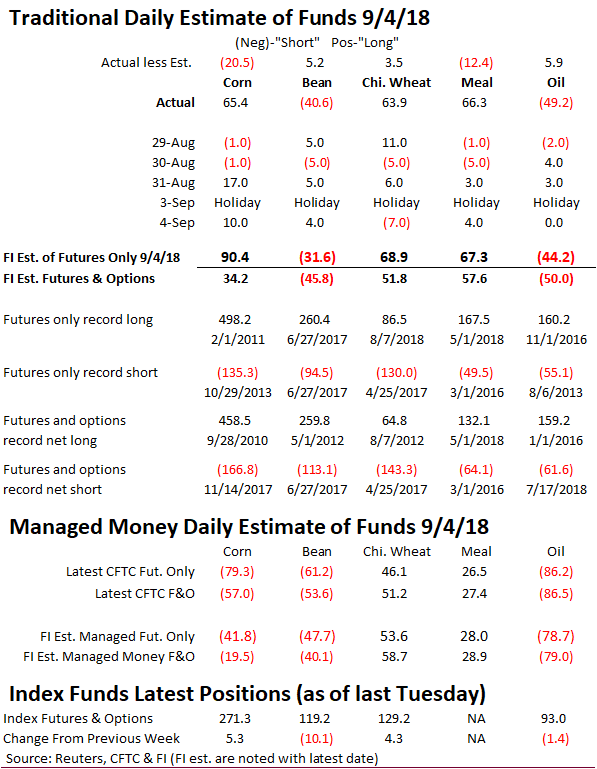