·         Soybeans traded in a narrow two-sided range this morning on easing trade concerns now that a deal with Mexico was completed on Monday.  But at the open prices eroded quickly due to the looming large U.S. soy crop and the fact that a China trade deal has been pushed to the back-burner as the Mexico and Canada negotiations move forward.

·         USDA yesterday unveiled their trade damage payment plan for producers, and soybean and pork farmers appear will benefit most from the program. We are hearing US producers don’t have to sell their crop to collect a check under the aid program, just complete harvest.  Also, payments are limited to $125,000 per individual

·         Soybean meal traded lower today led by the nearby contracts. December meal hit its lowest level since September 14 while SMU8 and SMK9 hit contract lows.  Weighing on the market is the worry over lower demand due to the outbreaks of African swine fever in the Chinese herd.

·         Soybean oil ended higher on strength in WTI and unwinding of meal/oil spreading.

·         Brazil’s internal freight issues along the U.S./China trade war nearing its peak, the recent gains on Brazilian soy prices may be short-lived. 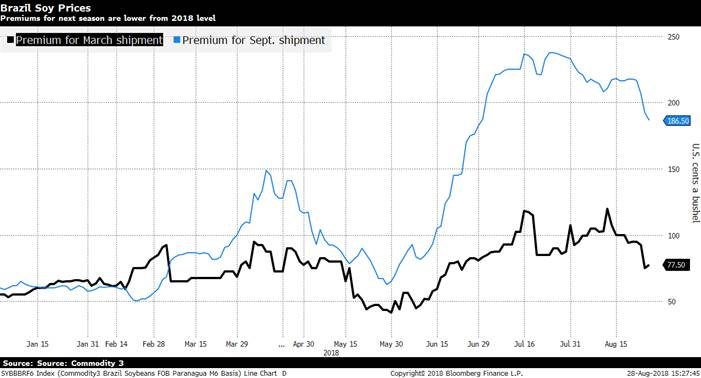 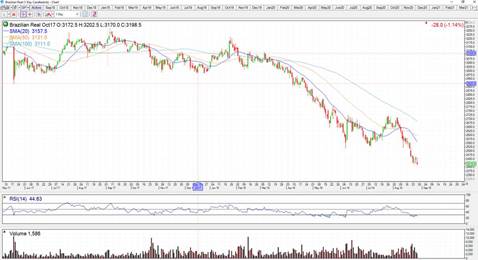 ·         Argentina is loading a China-bound 29,000 ton cargo of soybean oil today in Timbues, along the Parana River.  This is the first Argentine SBO cargo in three years.  According to the vessel line-up published by NABSA there are two more due to load the first week of September and a fourth cargo may set sail after additional two cargoes.

·         US wheat futures mixed with Chicago SRW firming on profit-taking following a six-session selloff which pushed futures for WZ8 intraday below its 200-day moving average at $5.2325, coincidentally where we settled today.

·         Funds were net even on Chicago wheat futures contacts.