PDF attached includes updates on FI estimates for US yields 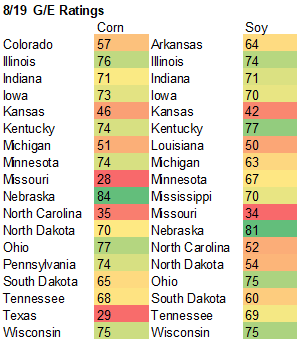 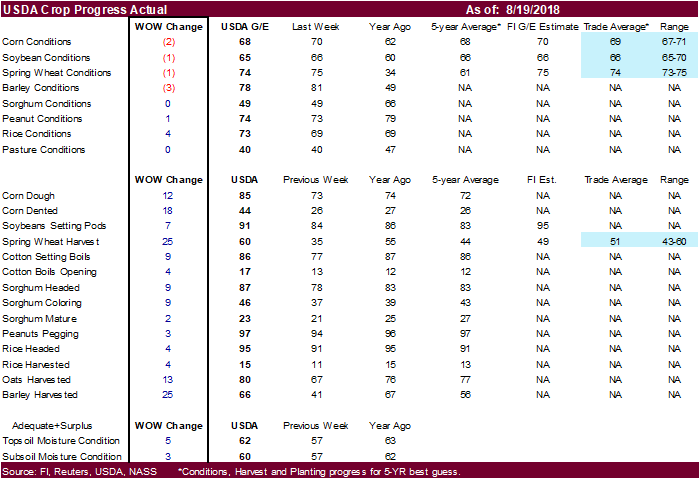 El Nino probabilities backed off over the short-term 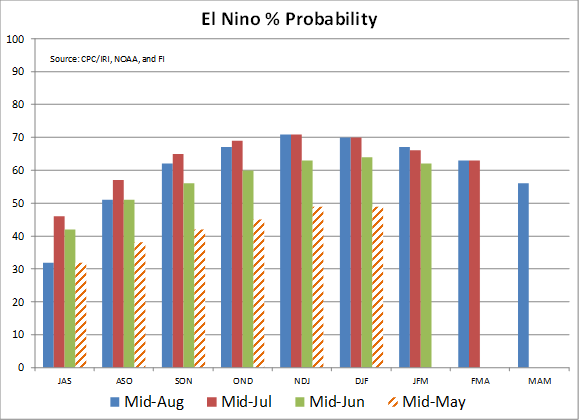 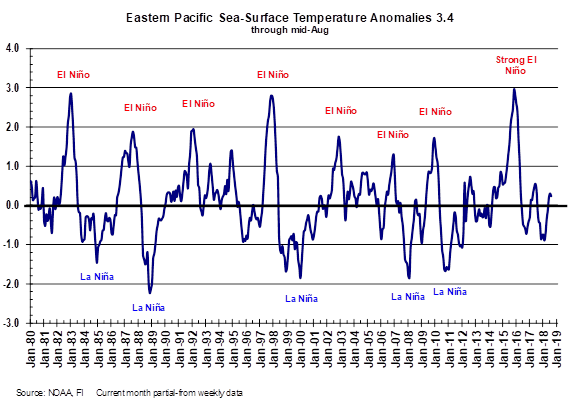 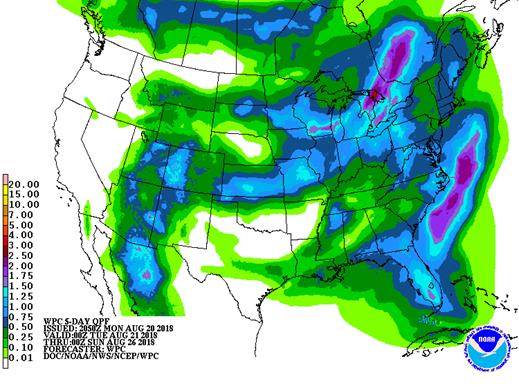 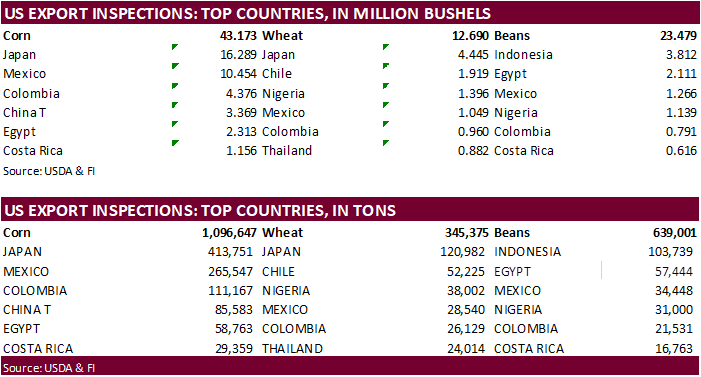 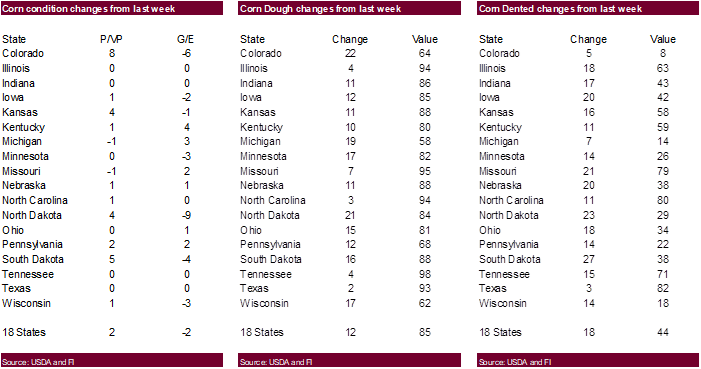 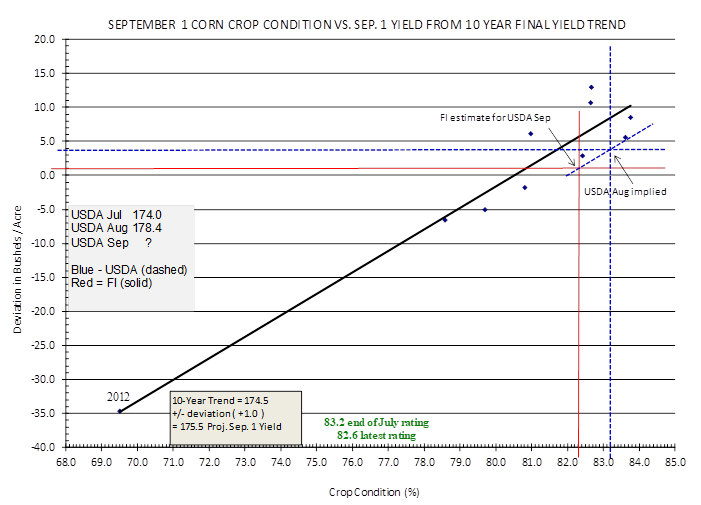 ·         Also weighing on soybean futures were large US production prospects.

·         China’s growing problem with African Swine Fever is impacting domestic pork consumption and lowering the amount of available animal units, although by a fraction, but fundamentally scaring traders enough that it sent China soybean meal futures lower on Monday.  China reported its third outbreak of African Swine Fever over the weekend with 615 hogs infected in Jiangsu’s Lianyungang. As of early Monday, 88 were confirmed dead. China’s soybean complex traded mixed. Soybeans were off 1.6%, soybean meal down 1.4%, while soybean oil was higher by 0.2% and palm increased 0.7%.

·         EU granted 1.740 million tons of soybean imports so far this season starting July 1, down 13 percent from 2.006 million tons at this time last year.  Traders were looking for a large increase in EU soybean imports this summer as China snapped up many of SA’s available supplies. 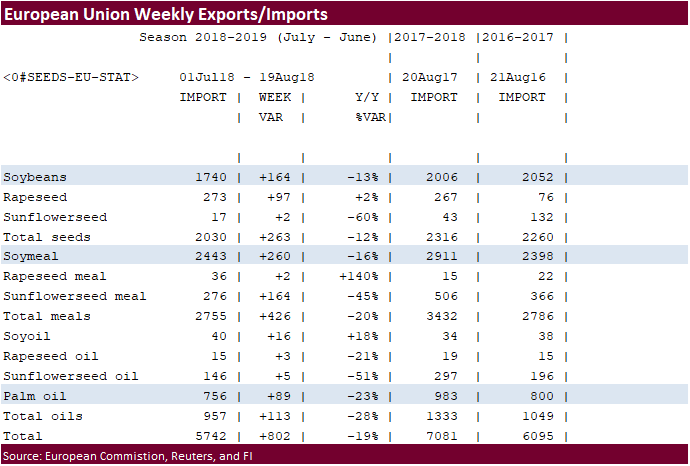 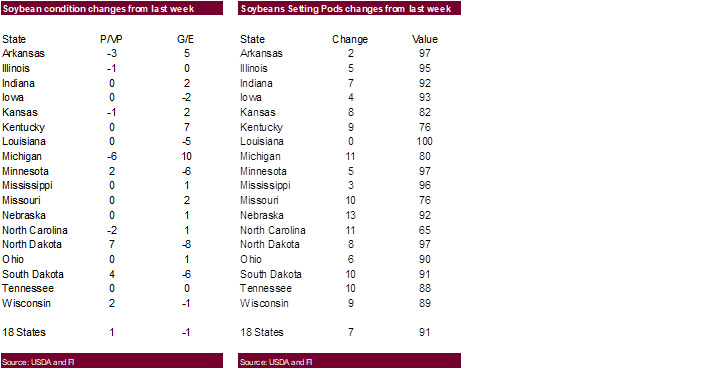 ·         There are reports Russia exporters may speed up selling grain over the short term to get ahead of any AgMin export cap.

·         The Swedish Board of Agriculture estimated total cereal production 29 percent lower year-on-year at 4.2 million tons in 2018. 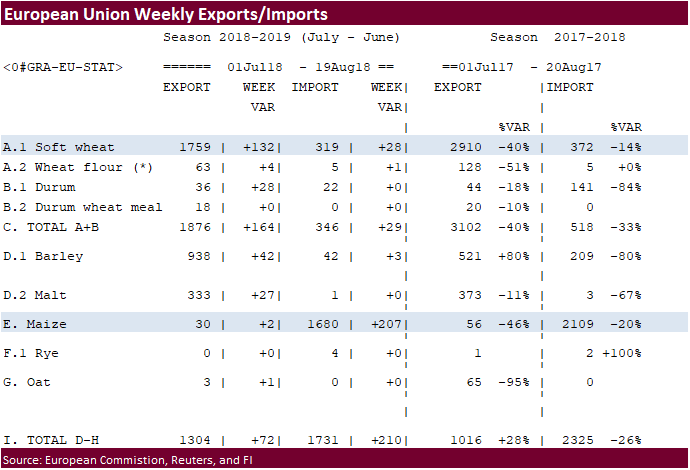