·         US weather will remain favorable this week into next week with timely rainfall and less threatening temperatures.

·         Canada’s Prairies will receive scattered showers and thunderstorms during the coming week.

·         Argentina will receive rain in the central and east this weekend. 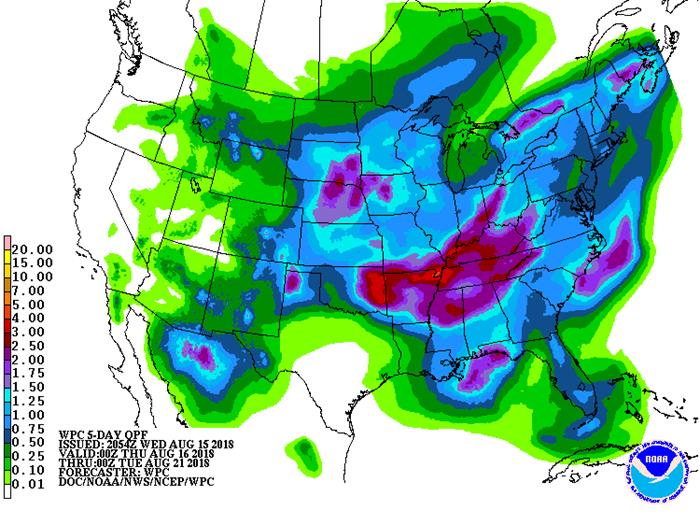 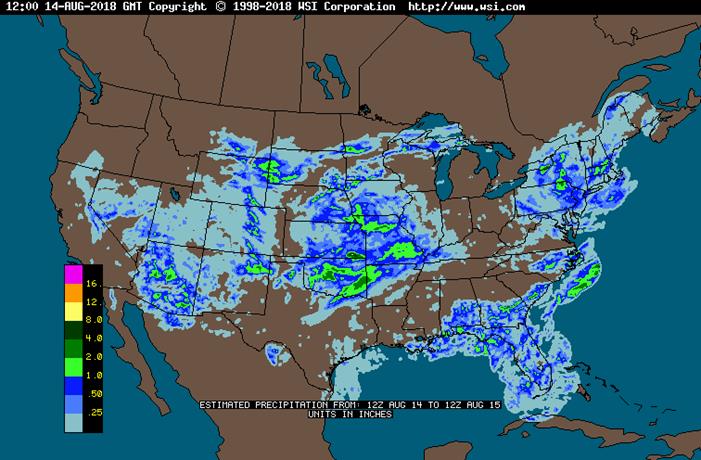 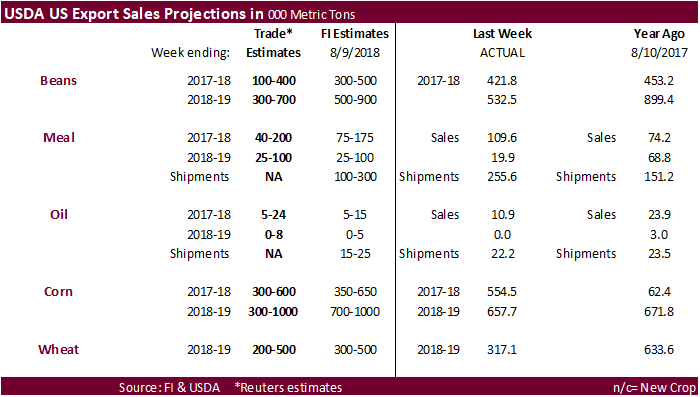 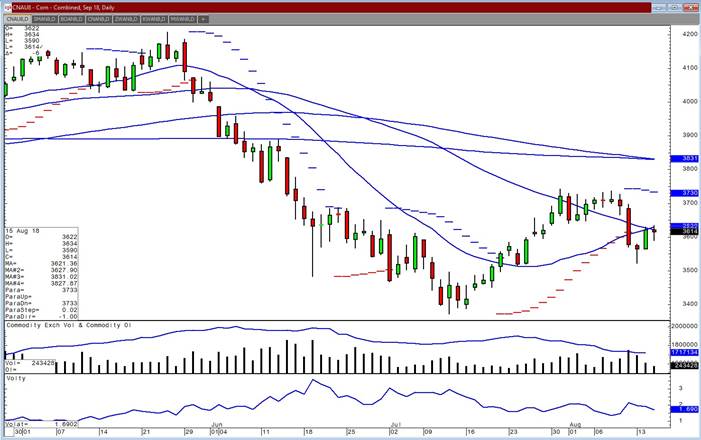 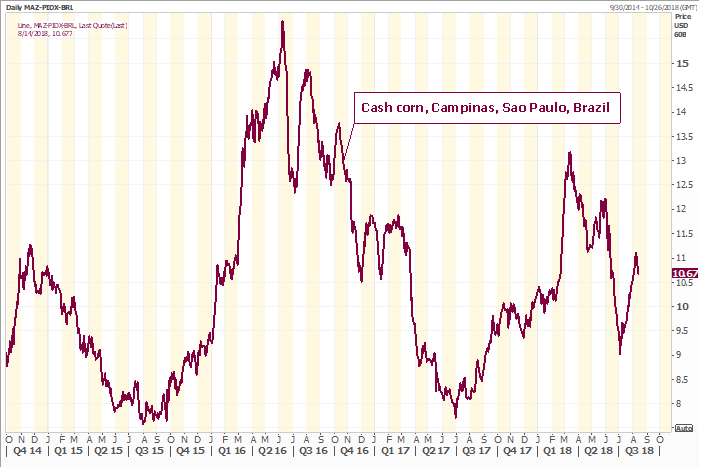 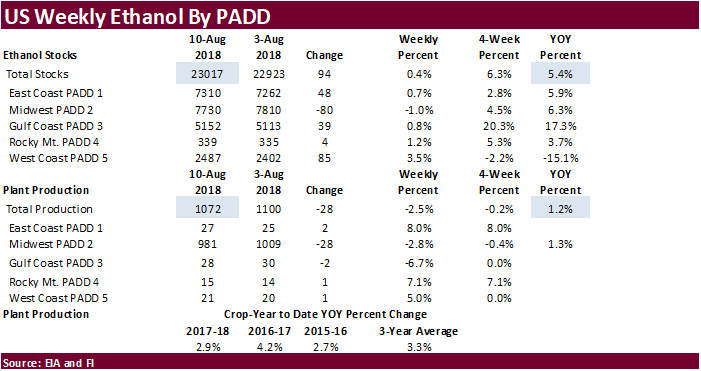 ·         The soybean complex ended lower in part to prices giving back gains from yesterday. The USD hit a June 2017 high, so traders are getting anxious that the higher USD will start to impact US agriculture exports.

·         Turkish import tariffs against the US sparked selling in US equities that could have spilled over into the commodity markets.  Apprehensiveness for escalating US mercantile relations with countries beyond China and NAFTA are increasing.  Caveat emptor.  We don’t know how many more trading sessions will result in lower prices based on trade fears.

·         NOPA reported a bullish US soybean crush for the month of July. Soybean oil stocks were also supportive, in our opinion. They report was widely overlooked. 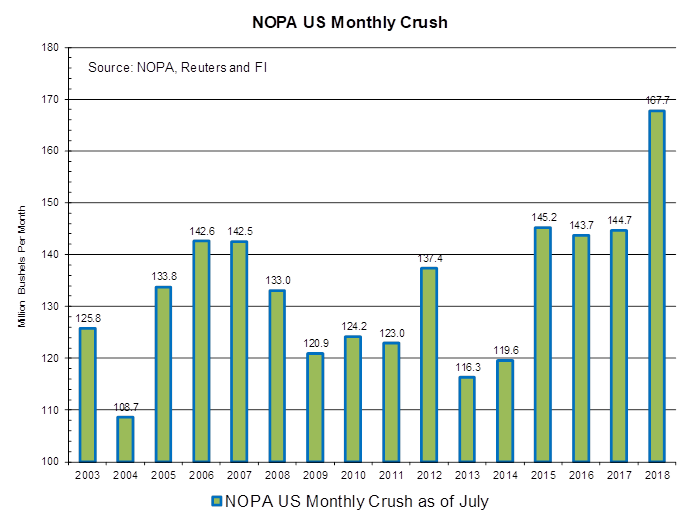 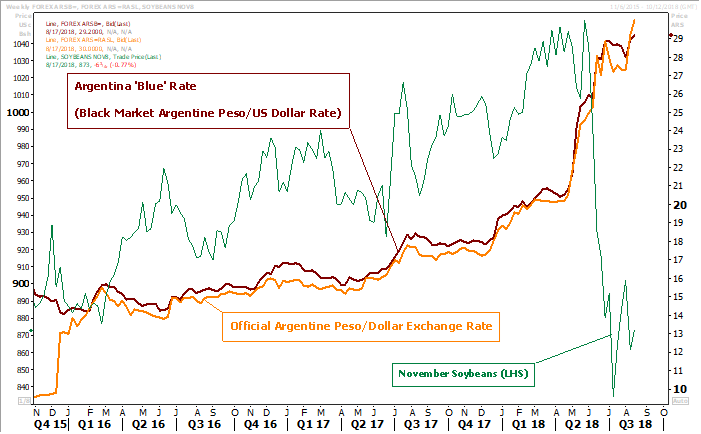 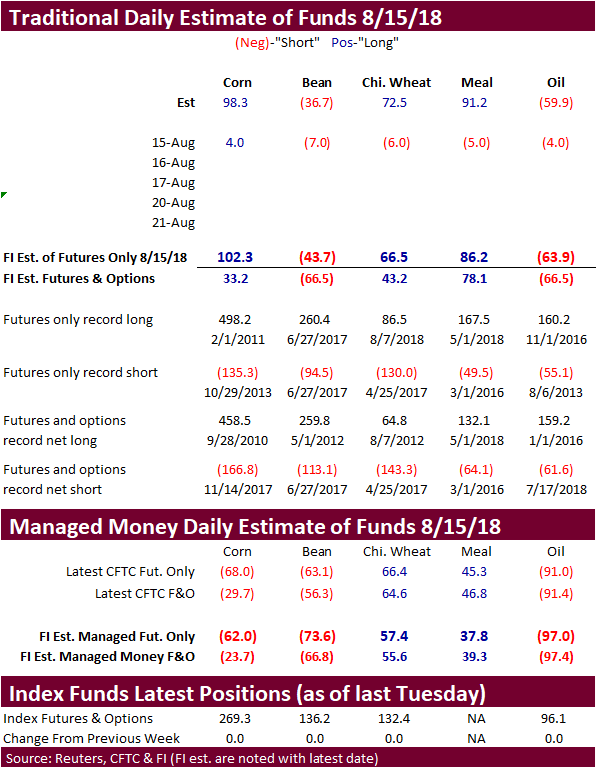