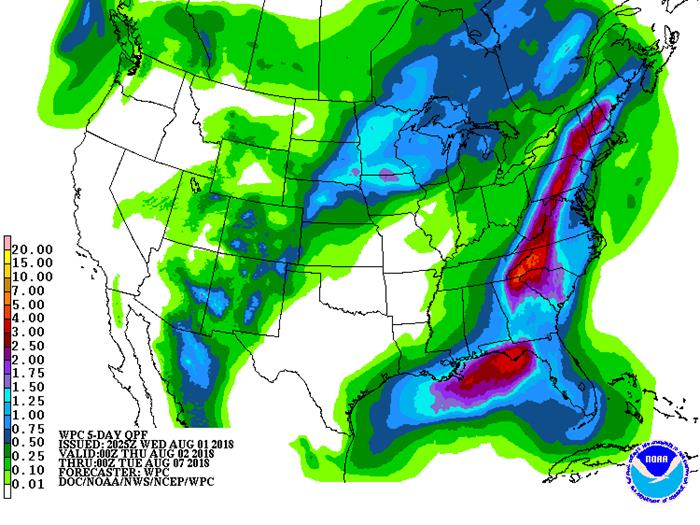 ・         An independent weather forecaster (Skymet) lowered the India monsoon rainfall outlook for 2018. August rainfall was seen at 88 percent of average, and 93 percent in September.

・         One US main feature to keep an eye on is a ridge of high pressure building up over the Great Plains and a part of western Corn Belt during the coming weekend and next week, accelerating net drying and limiting rainfall across the Plains, Midwest and Delta from August 5th through August 14.

・         Rainfall between now and August 5 for the Midwest will be very important.

・         Before temperatures warm during the second week of August, the US weather outlook is all not that bad. There will be some ongoing dry pockets across the western US and temperatures warn across the WBC this week. Rest of the Midwestern growing areas will see cool temperatures, which should slow evaporation rates.

・         Europe’s weather will improve this week but much of the damage is done.

・         Southern Russia and parts of Ukraine improved over the past week. Some areas will return to net drying.

・         Australia’s canola crop will continue to see crop stress across New South Wales. There is an opportunity for rain across northern New South Wales this week but it will not be widespread enough to ease drought conditions.

・         Canada’s southern Prairies will still see stress this week for the summer crops. Southeastern Canada is in good shape. 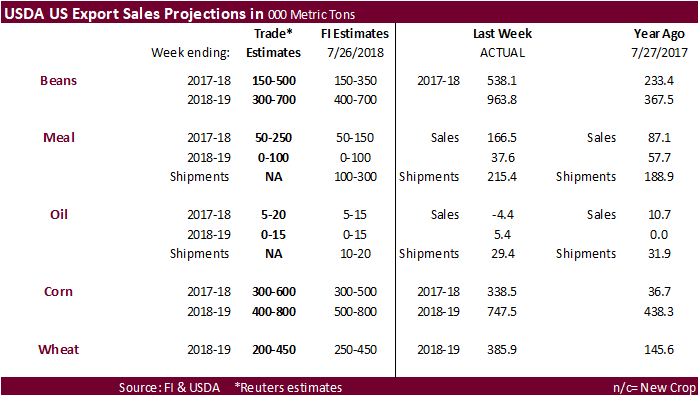 ・         China said they will retaliate, again, if the US increased tariffs on additional products from China. The White House said they are going to forward in adding tariffs. This got the trade, once again, very nervous. Yesterday people thought there may be progress and today the trade dispute escalated. The US is considering a 25 percent tariff on $200 billion in Chinese imports, higher than the 10 percent previously announced.

・         China plans to offer another 8 million tons of corn from state reserves in early August. 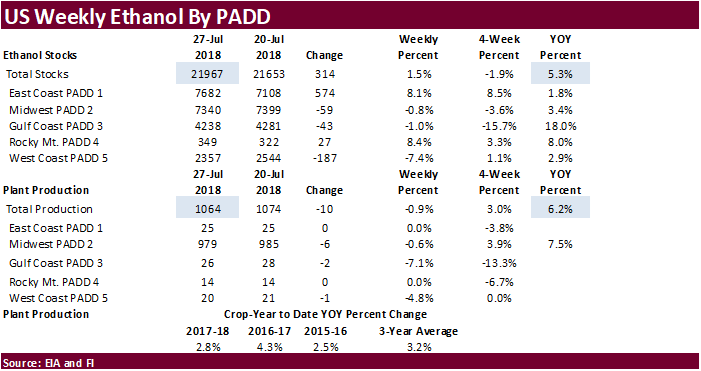 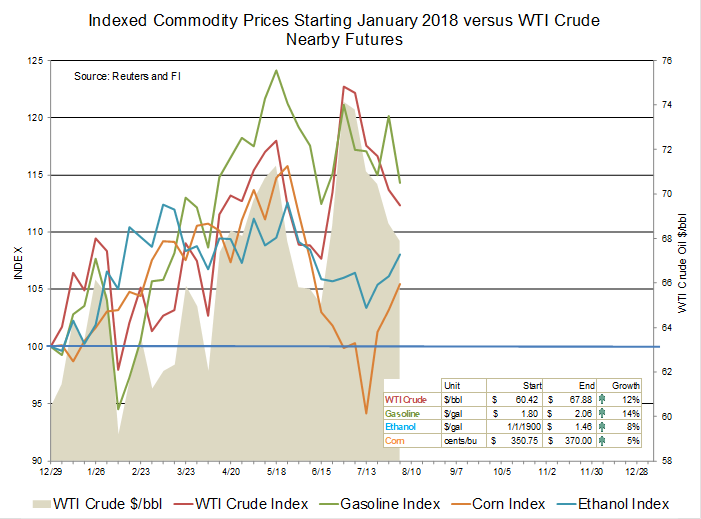 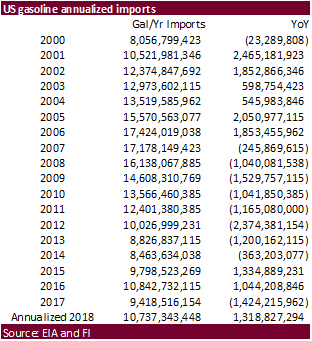 ・         The soybeans complex ended sharply lower in a risk off day after China threatened to retaliate if the US adds on additional import tariffs.

・         China said they will retaliate, again, if the US increased tariffs on additional products from China. The White House said they are going to forward in adding tariffs. This got the trade, once again, very nervous. Yesterday people thought there may be progress and today the trade dispute escalated. The US is considering a 25 percent tariff on $200 billion in Chinese imports, higher than the 10 percent previously announced. 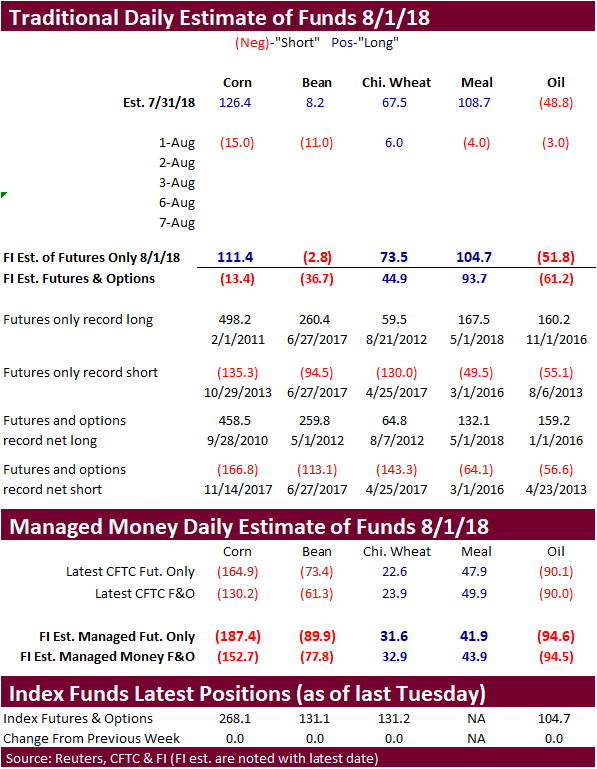