·         Before temperatures warm during the second week of August, the US weather outlook is all not that bad. There will be some ongoing dry pockets across the western US and temperatures warn across the WBC this week. Rest of the Midwestern growing areas will see cool temperatures, which should slow evaporation rates. 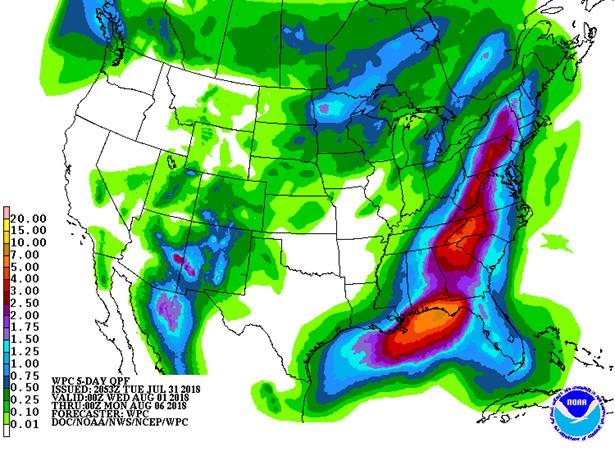 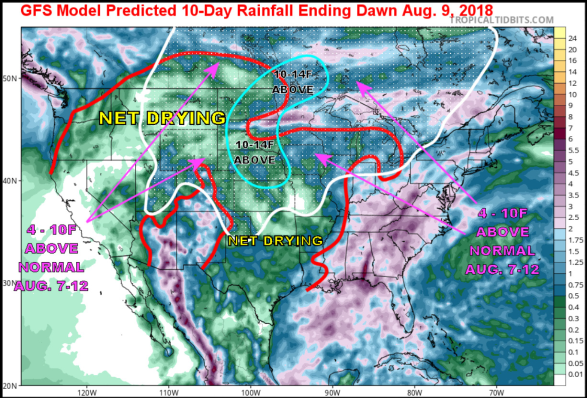 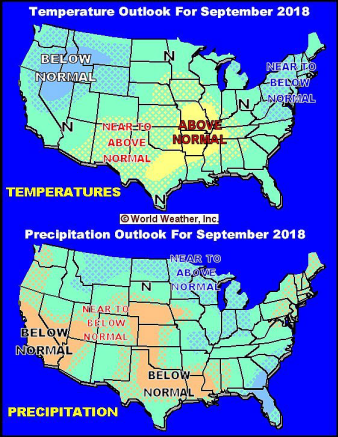 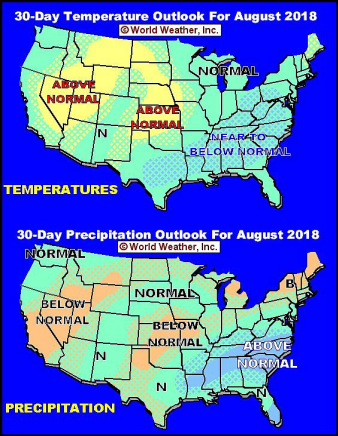 ·         Soybeans traded sharply higher on renewed optimism on China/US trade talk, US weather concerns and higher values outside the US. Yesterday we lowered out US soybean yield by 0.2/bu to 49.0/acre.

·         A Bloomberg article broke around the CBOT open that high level China/US officials were back in talks over trade.

·         The US Midwest may turn drier during the August 5-14 period. This was confirmed again by the morning models. Temperatures could average 4 to 10 degrees Fahrenheit above normal during the August 7-12 period, concentrated across the central and northern Plains into the northern Midwest and much of Canada’s Prairies.

·         MATIF Rapeseed looking to take out the contract high close at 374.50 currently sitting at 374.25, but is still well off the contract high trade dating to 5/29 when the opening apparently screamed to 384 though I do not remember that specifically. (MPI) 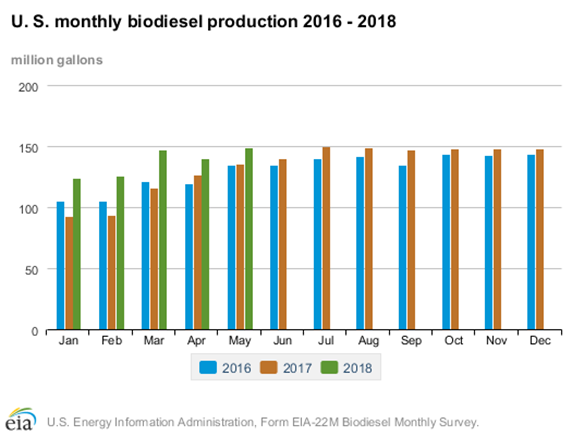 USDA will update its US crush for June on Wednesday and the trade looks for 168.6 million bushels, up from 172.5 million in May and 148.2 million in June 2017, according to Bloomberg. Reuters is using a 168.8 average.  The Bloomberg average for US soybean oil stocks is 2.265 billion, down from 2.468 billion last month.

·         US wheat ended sharply higher on follow through buying from global crop concerns. Additional downgrades to the Black Sea wheat crops are fueling cash prices, spilling over into US wheat futures. 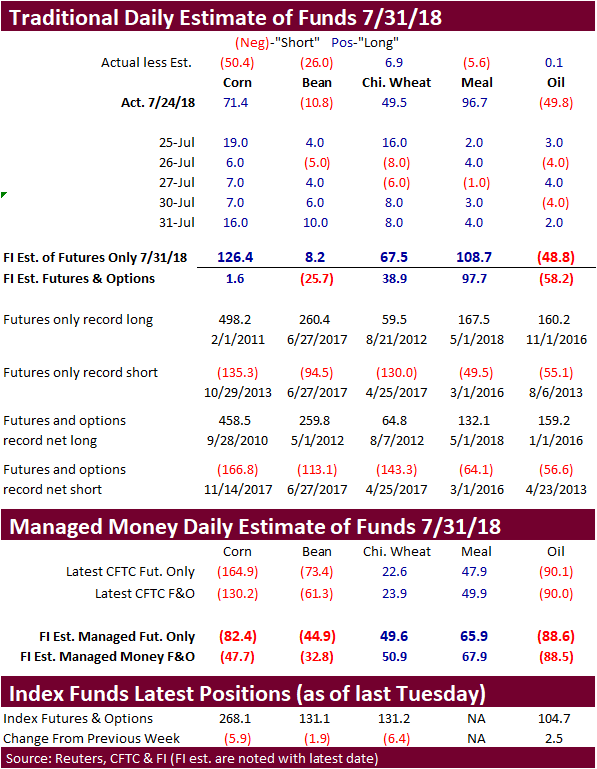