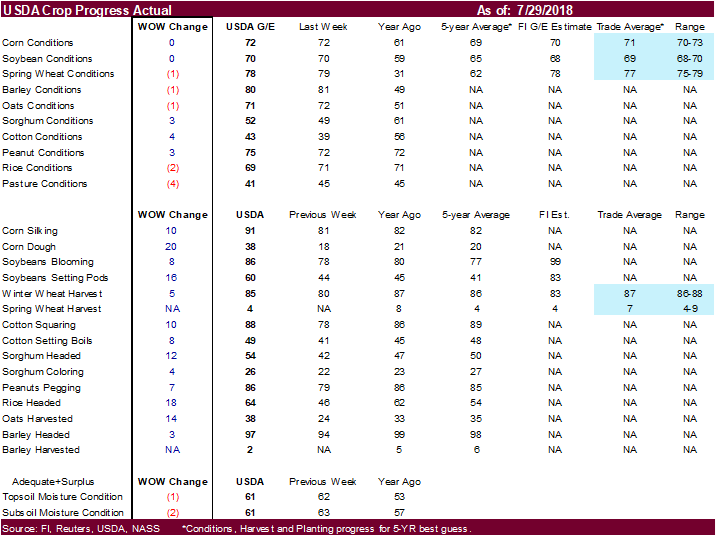 ·         The US weather outlook is all not that bad. There will be some ongoing dry pockets across the western US and temperatures warn across the WBC this week. Rest of the Midwestern growing areas will see cool temperatures, which should slow evaporation rates. 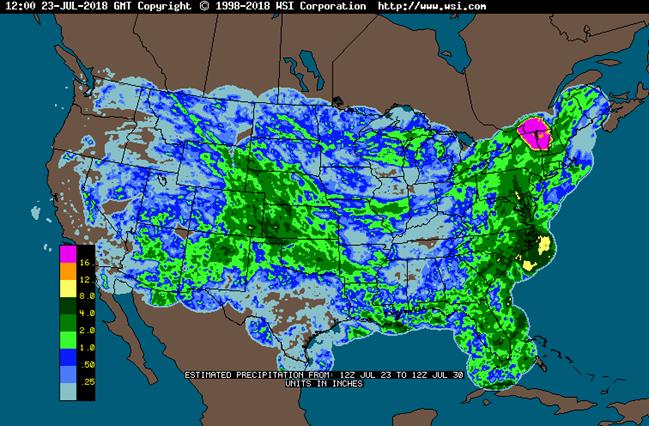 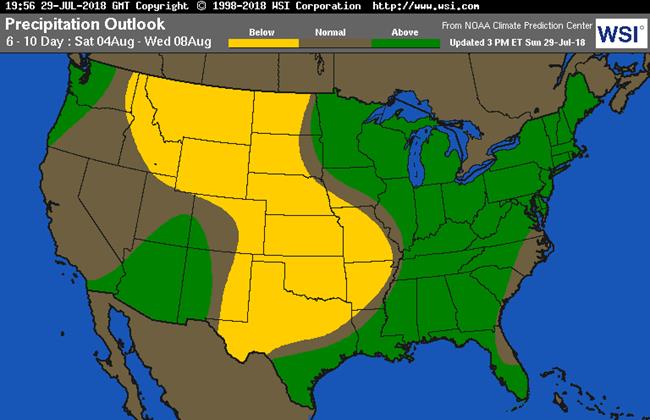 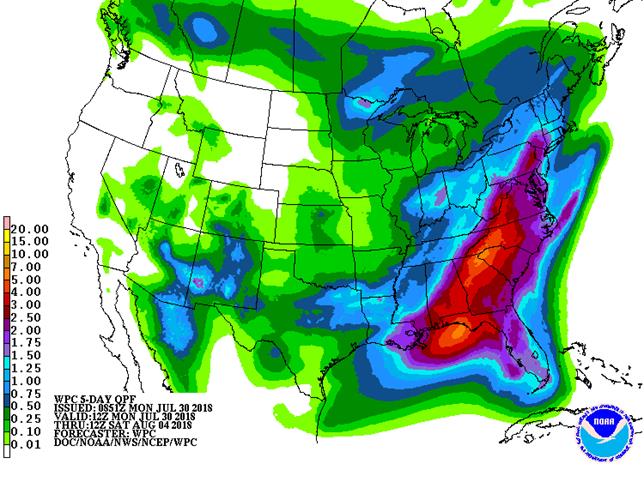 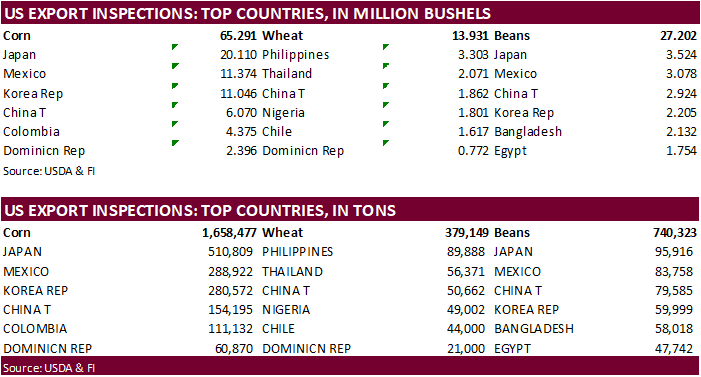 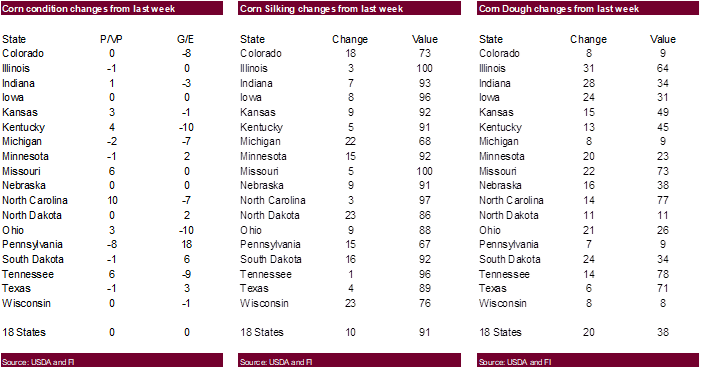 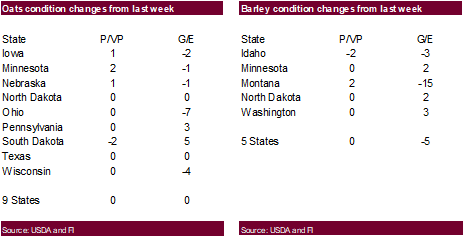 ·         USDA Ag Secretary Perdue said about $7-$8 billion of the $12 billion US aid package could start hitting mailboxes as early as late September (around peak of harvest) and $200 million could be allocated to trade missions. 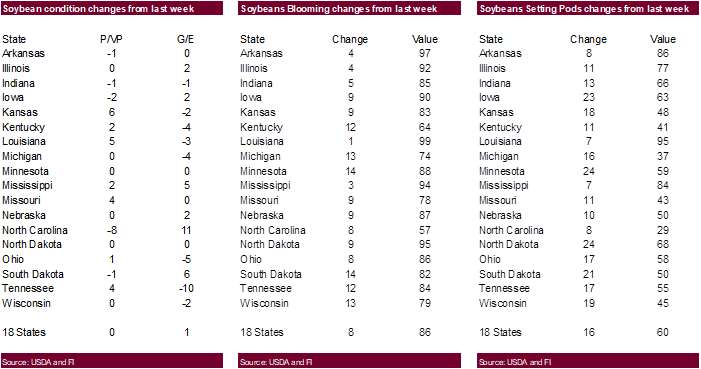 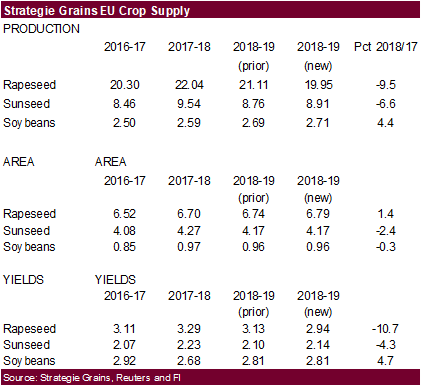 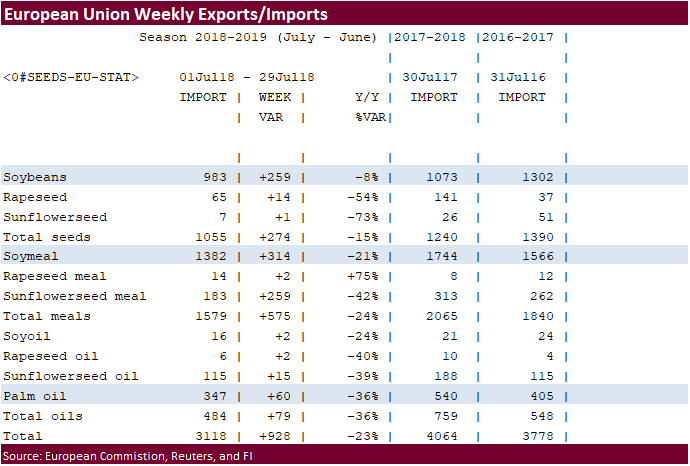 ·         Manitoba’s crop report reported “Crops are advancing rapidly with the warm and dry conditions. Rain is needed in most areas to sustain crops and replenish soil moisture.“

·         Germany’s farming association (DBV) seeks around 1 billion euros to aid producers that have lost 30 percent or more of their crop(s) due to drought/hot temperatures.

·         Germany continues to see low water levels in the Rhine and Danube rivers.

·         US spring wheat conditions were down 1 in the G/E conditions to 78. We made a very small adjustment in our spring wheat yield and left durum unchanged from the previous week. Our estimates for the August report as follows: 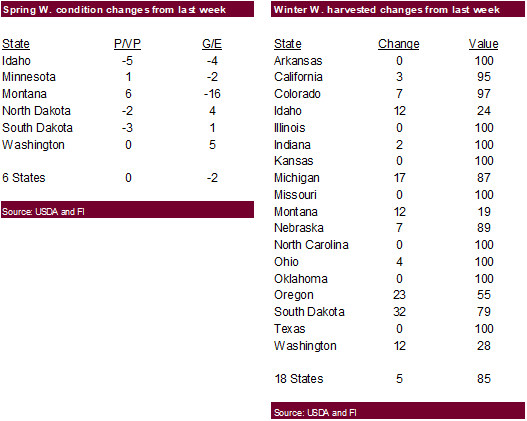 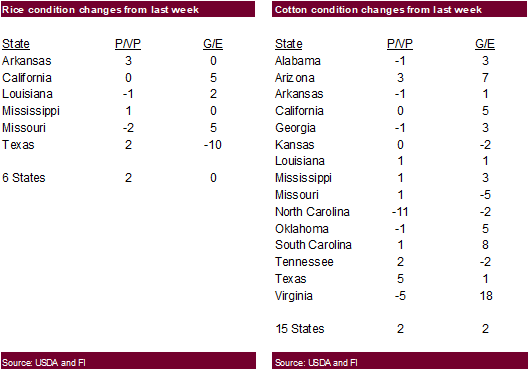 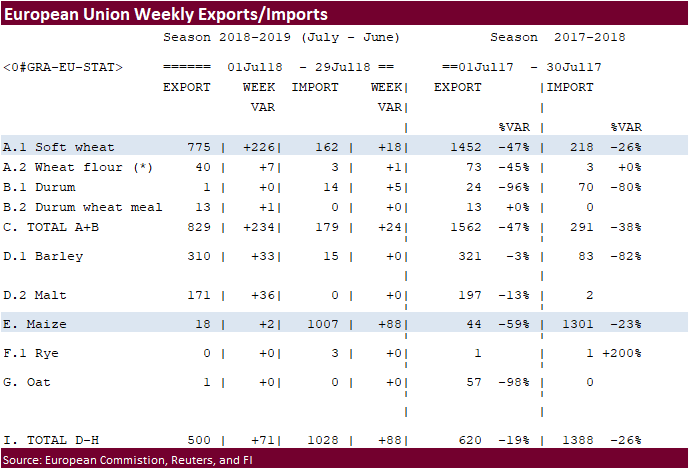 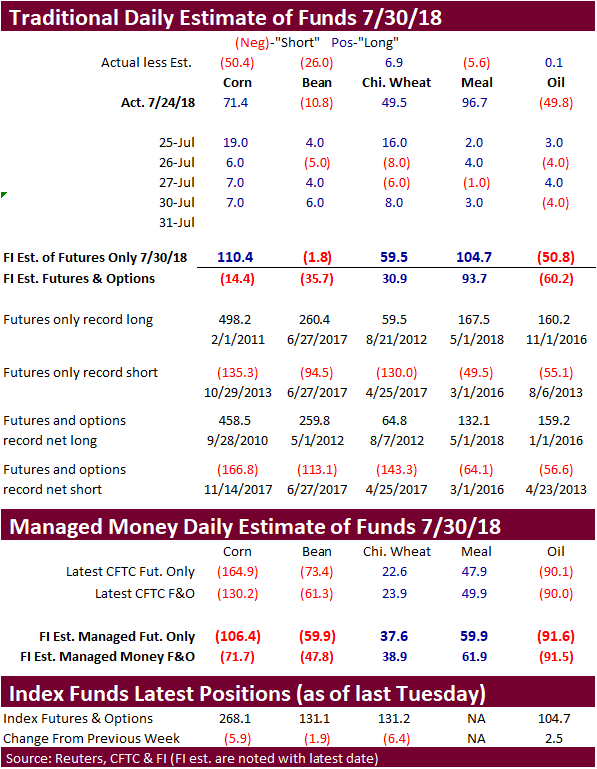