·         We are already thinking of a 1-2 decrease in spring wheat conditions this week after hot and dry weather set in across the PNW. Note the drought monitor shows drought conditions expanding across the Pacific Northwest.

·         There were no major changes to the 2-week US weather outlook for the Midwest as of Thursday morning.

·         Stress to crops is likely to increase in the drier parts of Delta again when rain becomes restricted Friday into next week.

·         Frequent rain will fall from eastern Europe through the western CIS.

·         Southern Brazil and Argentina will receive widespread rain during the balance of this workweek. 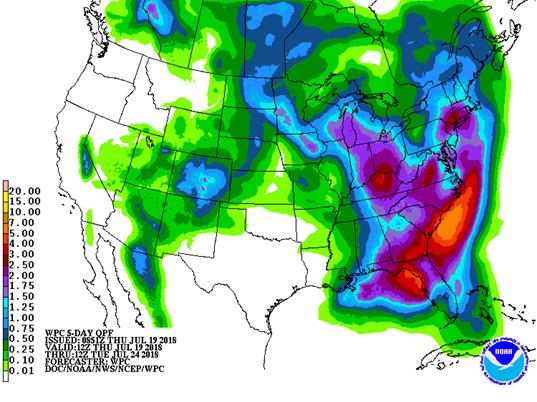 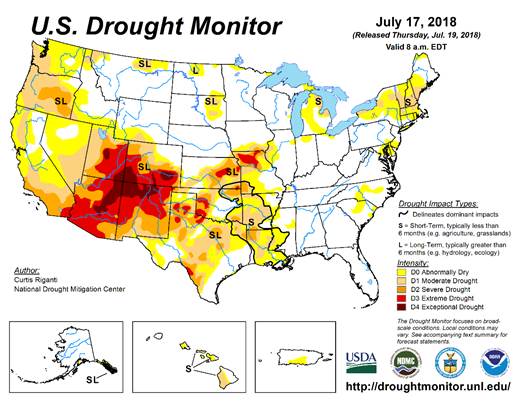 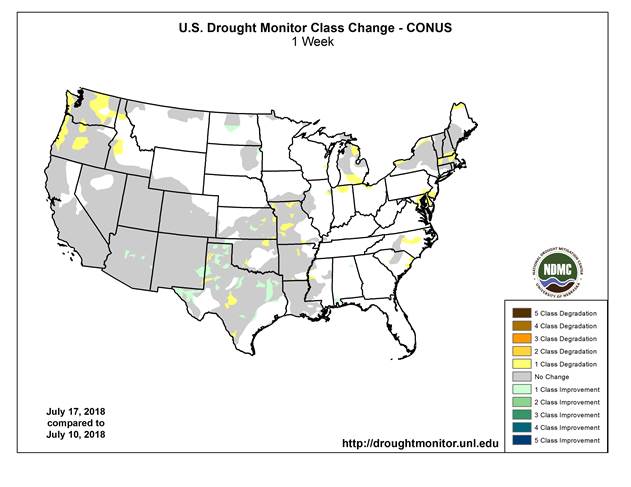 ·         The USDA Cattle on Feed report will be released on Friday. Estimates are below the export development section.

·         USDA export sales for old-crop were poor but new-crop were good for soybeans. Soybean meal and oil shipments were supportive, but commitments could have been better.

·         Uruguay’s soybean crop was downgraded by Oil World to 1.45 million tons, now down about 60 percent from last year, which limited exports to less than 800,000 tons during the April-June period.

·         United Oilseeds cut its est. for EU rapeseed output by 9.2% at the end of last month because of adverse weather (Bloomberg)

·         US wheat traded higher on continued concerns over Black Sea and EU dryness.

·         USDA all-wheat export sales came in at the low end of expectations. Note the USDA initially reported wheat sales to Argentina. They later said it was an error.