·         There were no major changes to the 2-week US weather outlook for the Midwest.

·         However, the evening GFS model (7/18) reduced rainfall for the Delta and southeastern Great Plains for week 1 and showed a mix of decreases/increases for several locations for week 2. 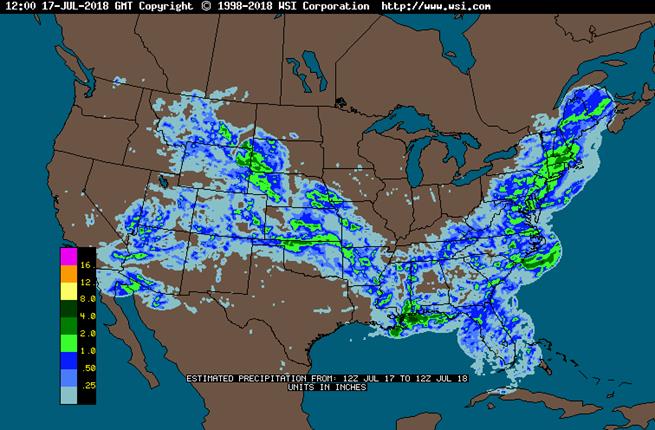 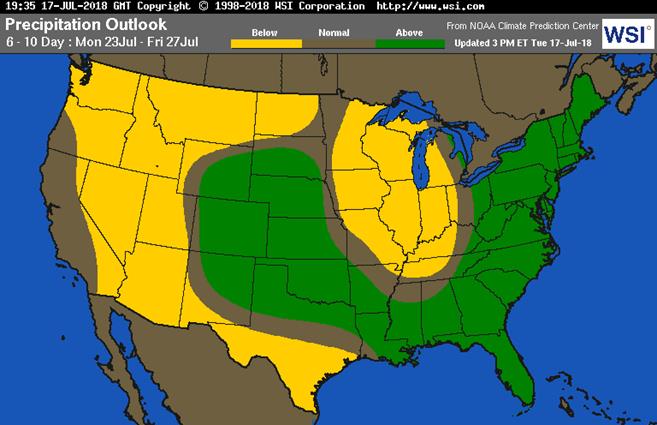 with some bands of

wettest with a few bands 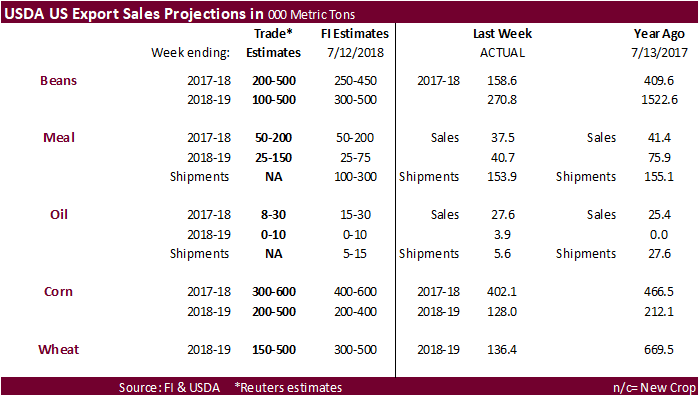 ·         The USDA Cattle on Feed report will be released on Friday. Estimates are below the export development section.

·         September 2017 through mid-July ethanol production is running 2.7 percent above the same period a year ago. 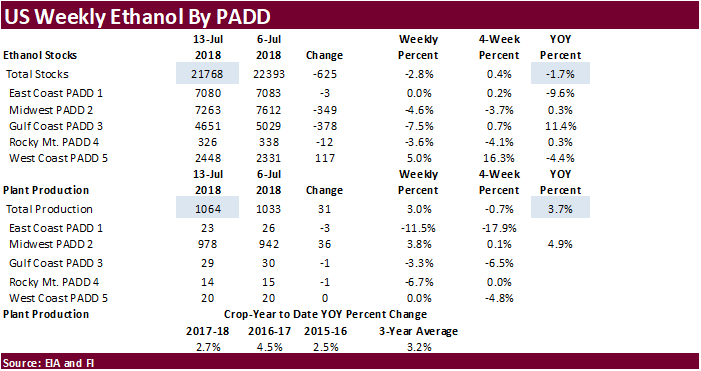 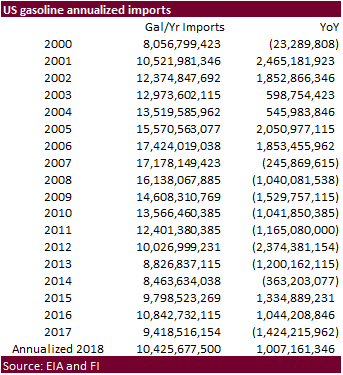 ·         News was very light and commercial interest in futures trading was slow on Wednesday.

·         North Dakota soybeans, corn and soybeans are developing well ahead of normal pace. In SD, 1/5 of the winter crop was harvested.

·         Egypt approved to import 120,000 tons of wheat from AOS and Union, two main supplies, bypassing the GASC. This might be in effort to make up for cargoes that were previous rejected/cancelled, but later we learned the cargos already arrived.

·         German farming association DBV lowered its estimate of the German winter barley crop by 700,000 tons to 7.3 million tons from early July, down from 9.0 million tons harvested in 2017. Yields were forecast at 6 tons/hectare versus 7.4 tons in 2017. The association could not determine winter rapeseed or winter wheat production as information lacked, but noted the harvest started 2-3 weeks early because of dry conditions, and crop sizes will be significantly lower.

Net drying across the PNW is stressing spring wheat. 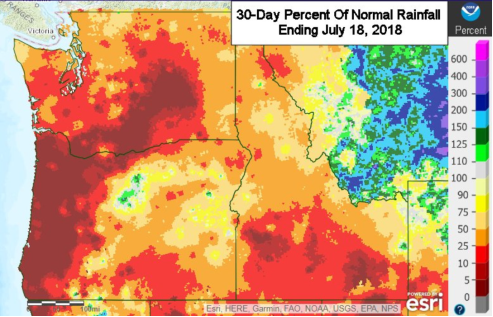 ·         Egypt approved to import 120,000 tons of wheat from AOS and Union, two main supplies, bypassing the GASC. This might be in effort to make up for cargoes that were previous rejected/cancelled, but later we learned the cargos already arrived.