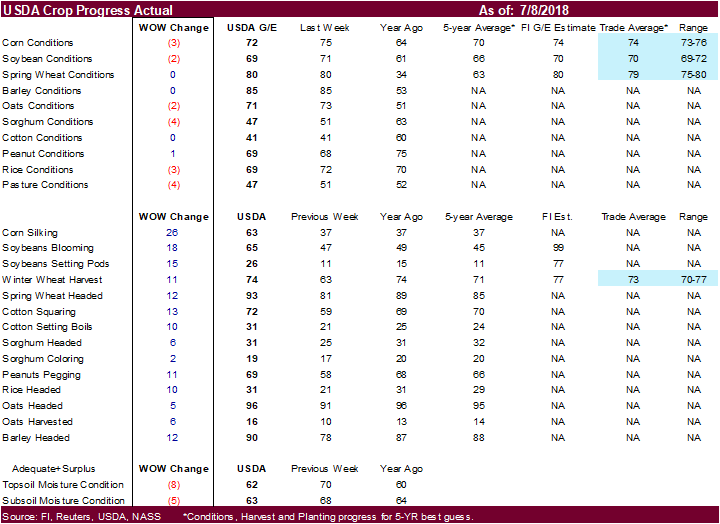 ·         IRI ENSO Forecast per Columbia University shows the change of El Nino during the November, December and January period at 71 percent, up from 63 percent forecast in mid-June.

·         Rain over the weekend was about as expected and cooling will start to set in after warm Monday temperatures. Nighttime low temperatures will be down into the 50s and 60s during mid-week, lasting through July 26. The southern U.S. Plains and lower Delta will remain hot during this period. 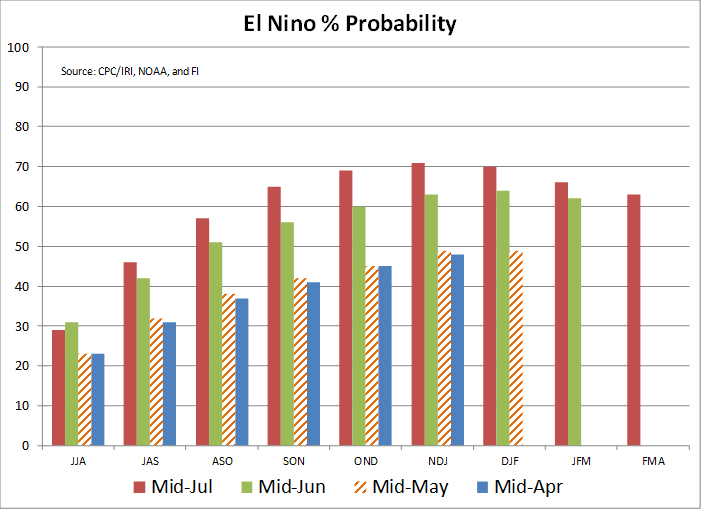 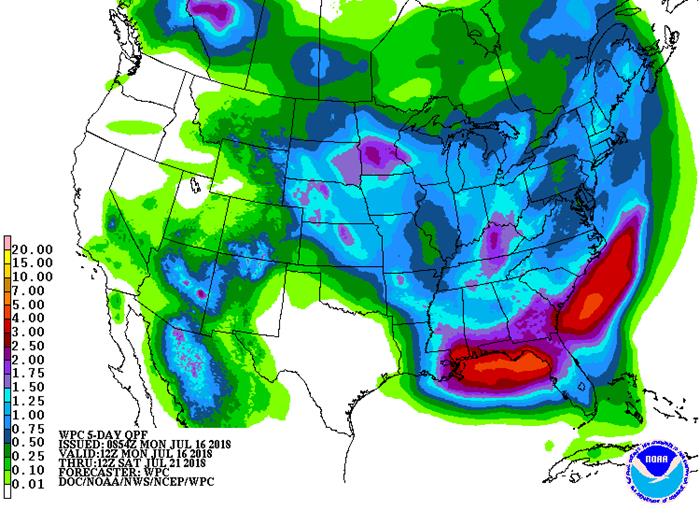 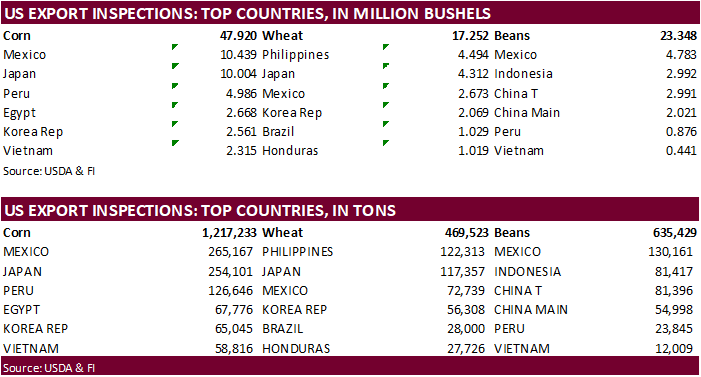 ·         There was some talk of some corn failing to tassel across some northwestern Corn Belt states. WI was one of them. Corn generally tassels about 20 days before the kernels are ready to harvest, so there is still some time. Feedback is welcome. 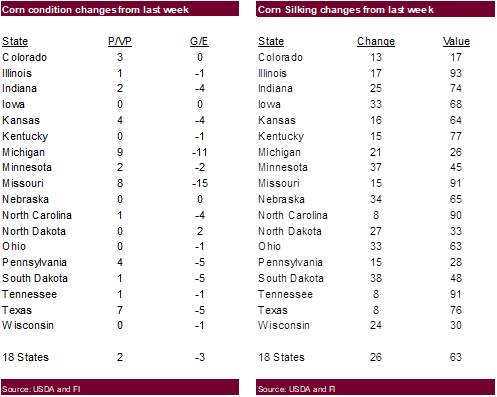 China domestic cash corn prices vs. the import price of corn are widening

·         After briefly hitting a contract low overnight, September soybean futures opened higher and rallied by nearly 10 cents within the first 30 minutes of trading, then traded 15 higher by mid-morning. The USDA inspections report showed a cargo for China. The rally in soybeans was thought to be weather related. The Delta saw hot and dry conditions over the weekend. With no premium built into this market, bull traders are searching for any bullish piece of news on US crop development. Selected field reports for northwestern IA point out patches of poor crops in low lying areas. There was also some talk of some corn failing to tassel across some northwestern Corn Belt states.

·         The NOPA report was neutral for soybeans, neutral meal and slightly friendly for soybean oil, in our opinion. 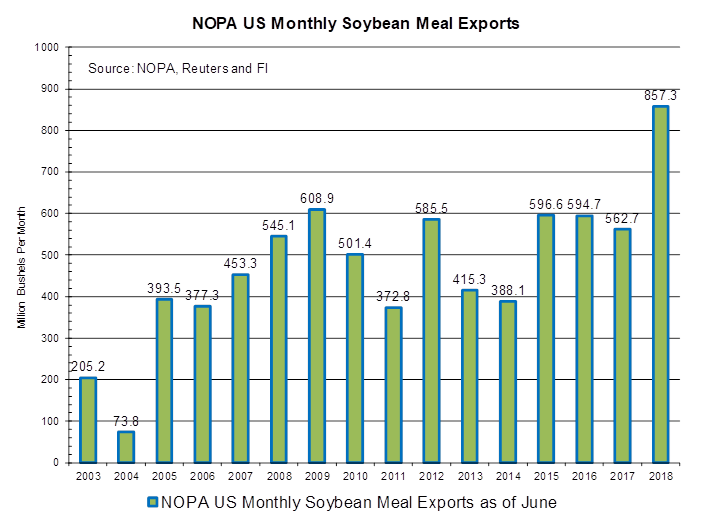 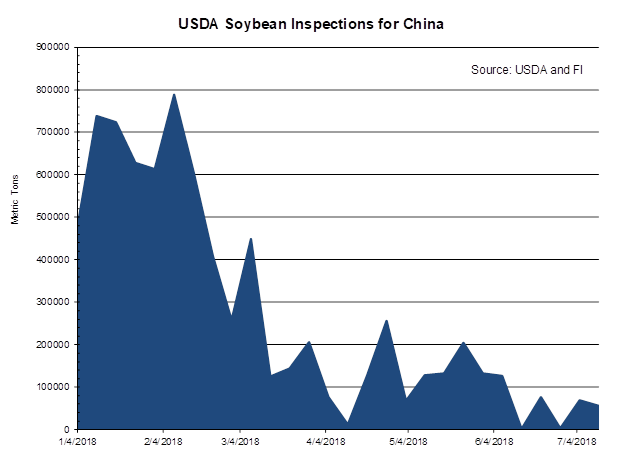 ·         Brazil’s Santos Port increased its draft, allowing for up to 10 percent more in shipping capacity, or about 30,000 tons of soybeans per month. The Captaincy last Thursday approved the increase to 30.50 meters versus 13.20 previously. 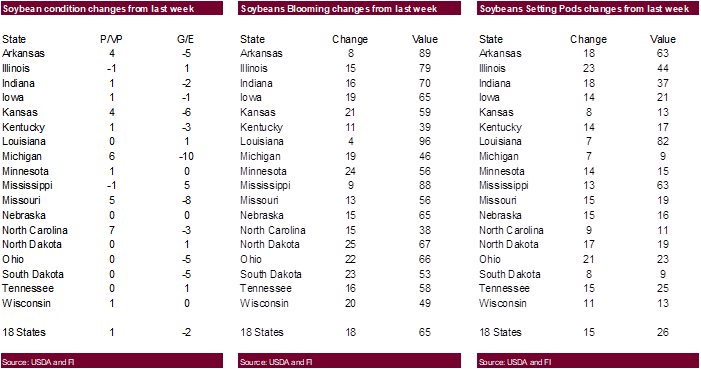 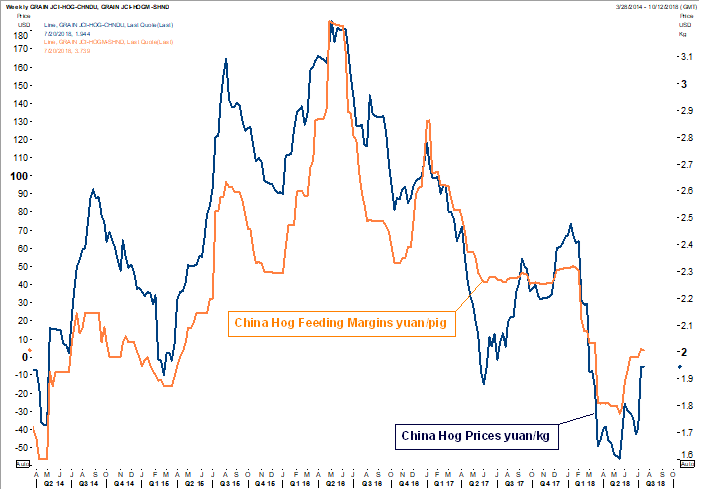 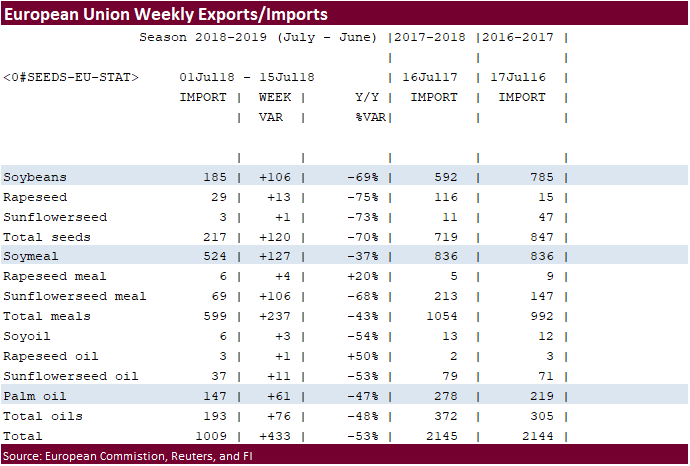 ·         US wheat futures were lower led by Chicago amid fund selling and improving global weather. September Chicago was down 8.50 cents, September KC off 7.25 cents and September MN down 3.50 cents.

·         Problems for major producing countries still exist but rain prospects increase this week for Rain in western Russia, Belarus, Poland and western Ukraine. Dry and warm weather for the northwestern US Plains, PNW, and Canadian southern Prairies are threatening yields. Wheat establishment for east-central Australia is of concern. 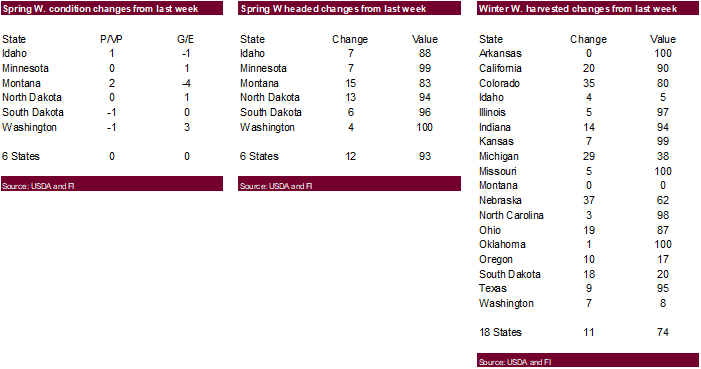 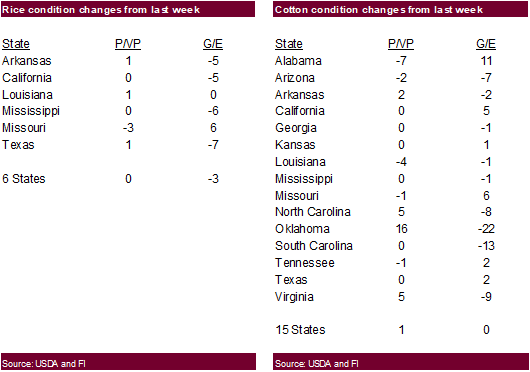 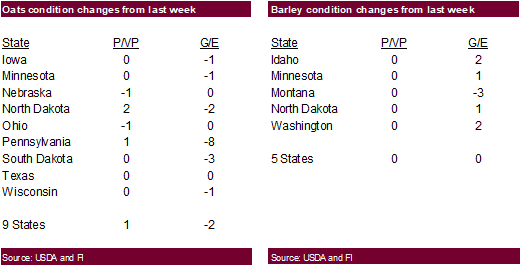 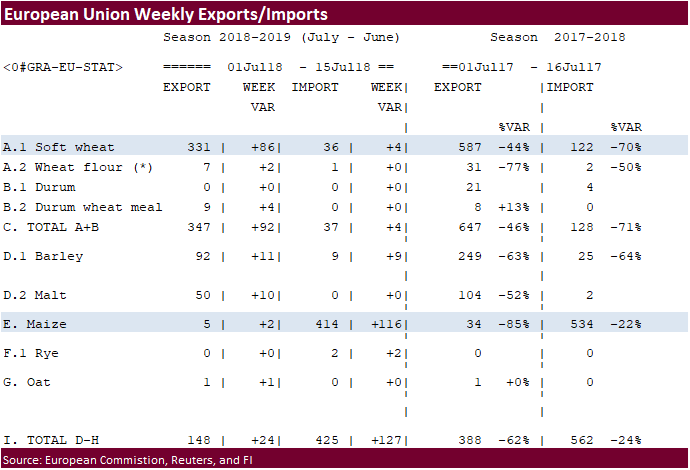