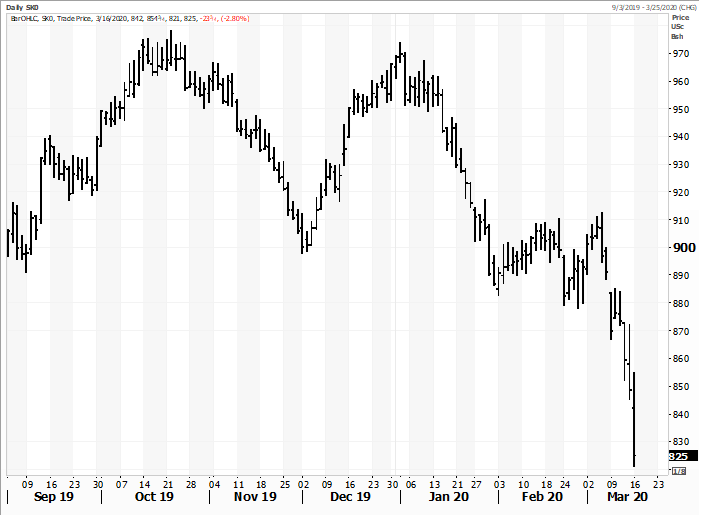 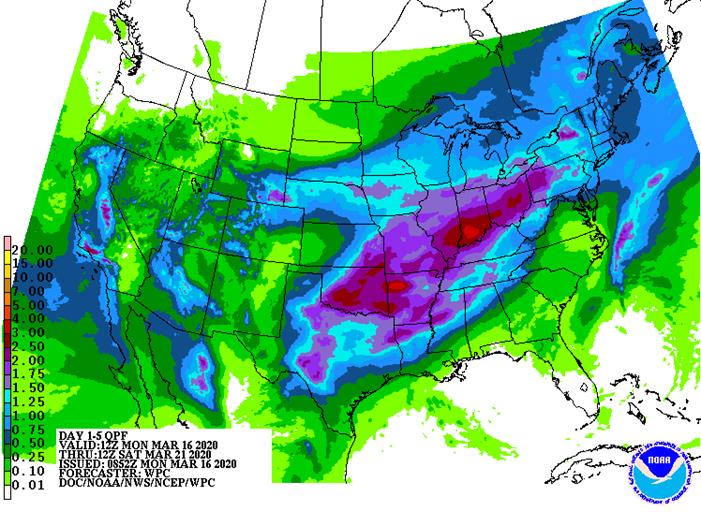 Today’s weather will not provide much bullish support except from the United States where a wet bias will continue in the Delta and Tennessee River Basin as well as in parts of central and eastern crop areas of Texas. South Texas moisture will be welcome and dry conditions in the far southeastern U.S. will support planting.

South America weather is still advertised to be mostly good for Argentina and southern Brazil, although the distribution of rain over the next two weeks will have much to say about late season corn, soybean and peanut production.

South Africa rainfall will be good for production and drier weather in eastern Australia will be supportive of early season sorghum and other coarse grain and oilseed crops.

India winter crops are still poised for excellence this year and drier weather will be needed in late March and especially April to protect crop quality.

Rain is still needed throughout Southeast Asia, but mostly in the mainland areas and in some of the northern palm oil and coconut production areas.

Overall, weather today will maintain a neutral to bearish bias to market mentality

Cooling in southern Russia and southern Ukraine this week will help keep winter crop development in check after recent greening. Winter crop development potential in China remains very good and India is experiencing some fine filling conditions after a successful reproductive season. Europe wheat small grain production potential continues to improve and rain in North Africa and Spain this week may bring on some improvement for those areas as well.

U.S. winter crops are in mostly good shape, although drier weather is needed in the Delta. Southeastern Canada and the heart of the Midwest also need some drier weather.

Overall, weather today will maintain a neutral to bearish bias to market mentality. 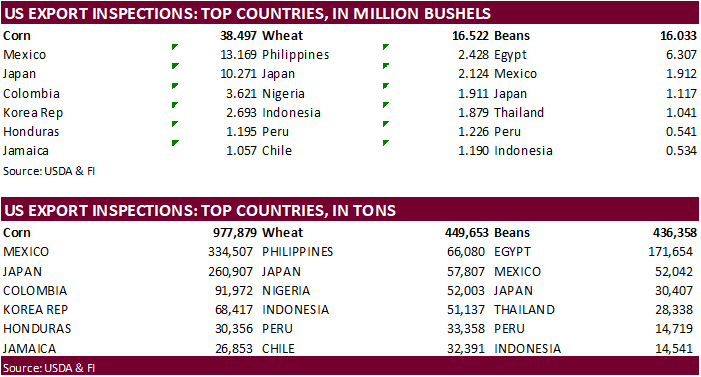 ·         Corn futures were lower on weakness in WTI and other outside commodity markets.  The selloff pulled grain and oilseeds prices to fresh multi-month lows.  Reuters noted S&P 500 companies lost $2 trillion in market value after markets opened on Monday.

·         USDA shuttered parts of its main Washington, DC, headquarters after an employee tested positive for coronavirus.

·         Ukraine announced they will restrict food exports, travel, surgeries, and many other routine activities.  They are in talks with the IMF for financial support.  They are urging people to stay at home.  Ukraine later said they are not planning to ban grain exports, which could have trigged some additional pressure to corn futures.

NOPA reported a record daily crush rate for the month of February.  At 5.73 million bushels per day, it was up from 5.71 in January.  The February crush came in at 166.3 million bushels, 1.3 million above a Reuter trade guess and well above 154.5 million in February 2019.  Note 2020 there was an extra day to account for.  Soybean oil stocks were reported at 1.922 billion pounds, 115 million below an average trade guess and below 2.013 billion reported for January 2020.  At the end of February, US soybean oil stocks are highest for that month since 2014.  Soybean oil stocks for the southeast were 20.1 million pounds, slightly below 20.3 million for February 2019.  SBO stocks for the southwest were 35.2 million pounds, above 32.9 million year earlier.  The soybean yield came in at 11.49 pounds per bushel, below 11.50 previous month, and well below 11.69 pounds year ago.  Soybean meal exports during February slipped to 763,000 short tons from 785,000 year earlier.  Cumulative October-February soybean meal exports are running slightly below last year’s pace.  This implies US domestic soybean meal demand is robust. 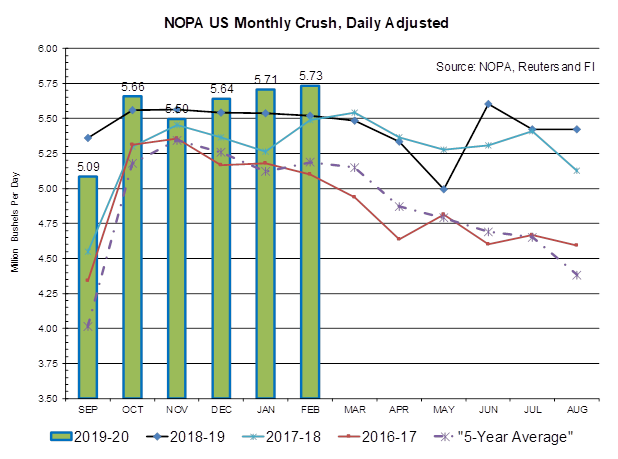 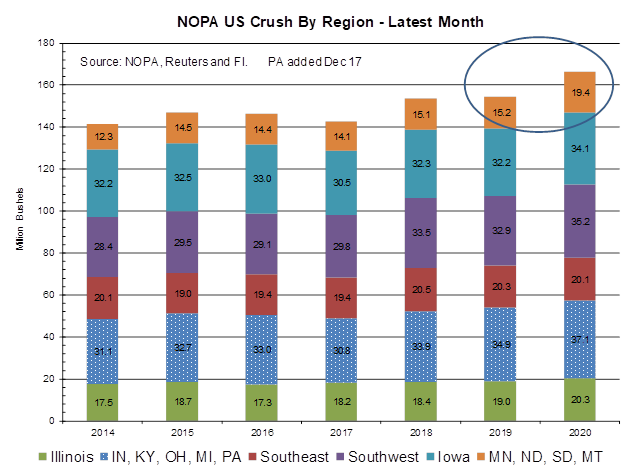 ·         US wheat traded lower in KC and Chicago following outside markets despite strong global import demand.  Mn closed up 3 cents basis the May position.  It was interesting to see MN wheat and rice as the two markets with a higher close.