What
a week.  USD tanked late on Friday after Powell commented on using tools to stabilize economy.  COVID-19: 83,000+ infected and 2,800+ deaths.
More
countries report initial cases.  https://www.bbc.com/news/world-51235105
Three trillion+ USD has been wiped out of the S&P since the panic started.  2870 is the 50 percent retracement level for the S&P.

Concern
about Argentina drying and rising crop stress potentials over the next couple of weeks may begin influencing market trade in the next few days. There will also be some concern over flooding rain expected in Minas Gerais, Goias, Rio de Janeiro and northeastern
Sao Paulo, Brazil in the next seven days. Some important drying will occur in Brazil before the greater rain falls and that will support second season planting for a while.

Winter grain and oilseed crops will remain favorably rated and poised for improvement in the spring in China and southeastern Europe. India’s winter crops are expected to perform well this year because of greater than usual rainfall.

U.S. early season planting may be slow this year in the Delta, southeastern states and possibly the lower Midwest because of frequent rain and wet field conditions.

South
Africa will get some timely rainfall along with parts of Australia to maintain a favorable outlook. With that said, eastern Australia production has not improved much, but some sorghum has received supplemental rainfall recently.

Overall,
weather today may contribute a neutral to slightly bullish bias, but other world factors will likely have much more influence on the market

Worry
over rising temperatures in the central and southern U.S. Plains over the next couple of weeks might have the markets attention. Wheat will be brought out of dormancy in Texas and Oklahoma along with areas to the east. Cold weather may return later in March
and/or April to bring back freezes which could place some of the crop at risk. Crops in Kansas, Colorado and Nebraska will lose winter hardiness as well.

Russia
crops are going to come into spring favorably moist except in the far south where greater rain will be needed. Kazakhstan will also need greater rain in the spring while Ukraine already has enough moisture to induce some improvement just as soon as seasonal
warming arrives.

North
Africa’s outlook has not changed for Morocco, but there is a little more rain slated for Tunisia and northeastern Algeria over the next two weeks. No general soaking of rain is expected, but any showers would be welcome.

Australia’s winter small grains will not be planted prior to late April which leaves plenty of time for improved weather and soil conditions.

India’s
wetter outlook over the next two weeks will further ensure a significantly large-sized winter crop.

France
and Spain need to warm up along with Italy to support spring planting and to stimulate early season crop development when weather conditions improve. 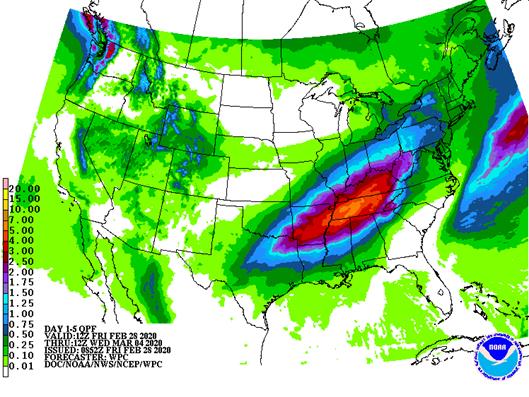 ·
US$ Swaps pricing is hinting up to 4 interest US rate cuts by January 2021, according to analysts.

·
Mexico and Several Other Countries Confirms First Case Of The Coronavirus

·
Farm Futures: US corn area 96.6 million. That would be second largest on record behind 2012.

·
Brazil’s currency made a new record low on Friday.

·
Russia’s AgMin proposed increasing sunflower export tariffs, already set at 6.5 percent or not less than 9.75 euros (about $10.60/ton).  Some speculate the tariff could go to 20 percent.

·
China cash crush margins as of this morning, using our calculation, were 126 cents per bushel (133 previous day), compared to 159 cents a week ago and negative 12 cents around this time last year. 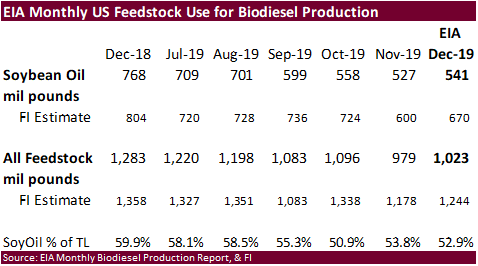 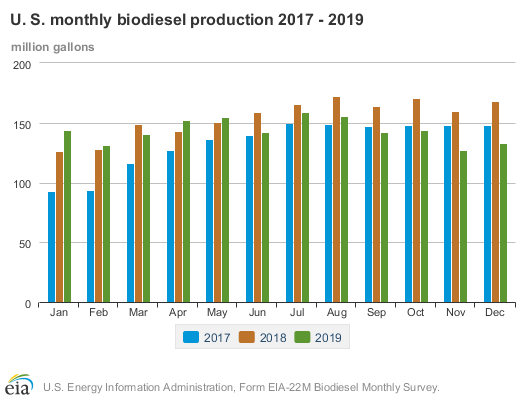 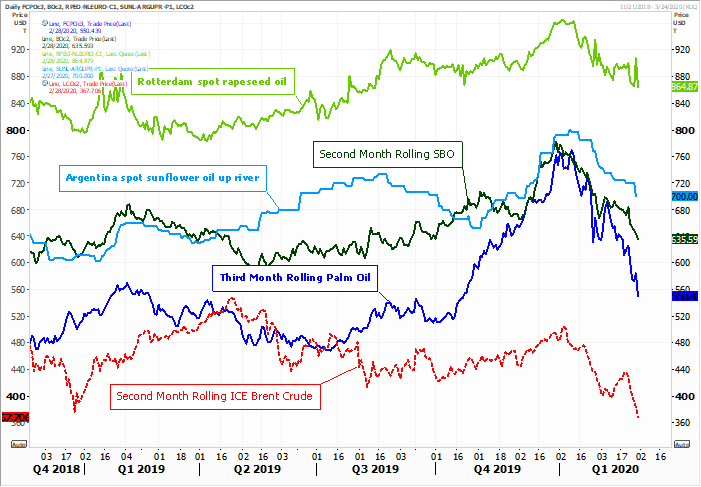 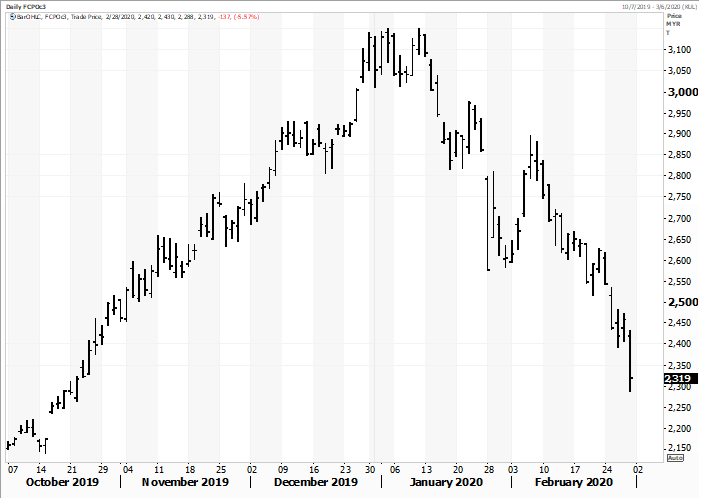 ·
French wheat crop ratings were 64 percent as of Feb 24, down one point from the previous week but well below 85 percent year ago.