Global vegetable oil markets were on the defensive. USDA set to release new-crop US crop estimates on Friday. We will see corn, soybean, and all-wheat US planted area projections on Thursday. 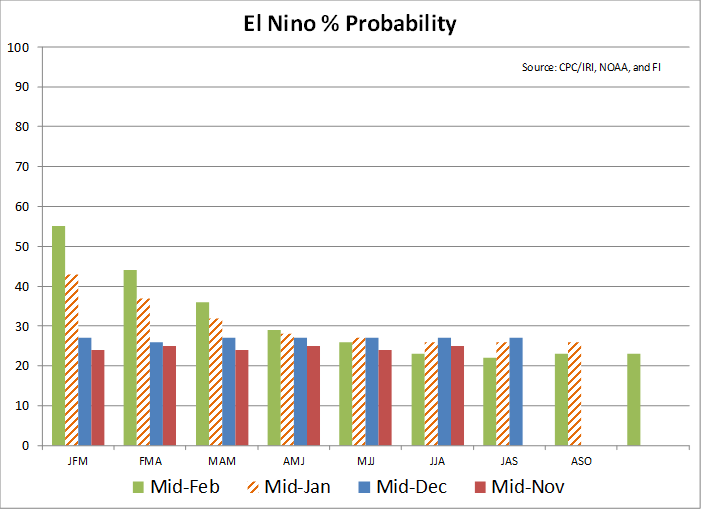 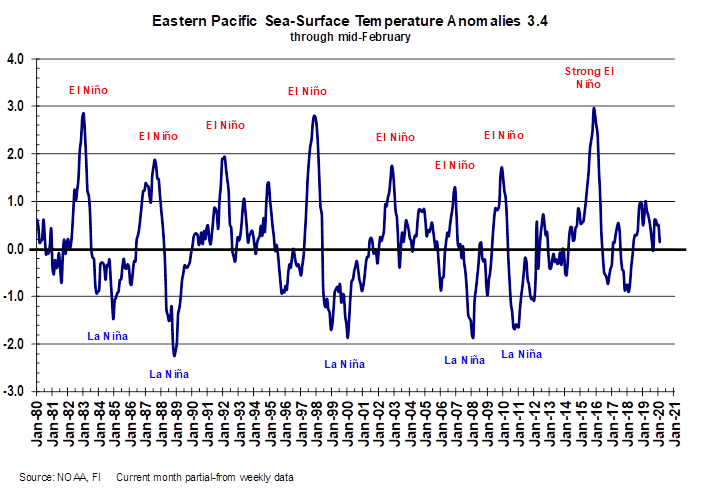 ·         Argentina will dry down over the next 5-6 days, but the country has plenty of soil moisture to allow conditions to remain favorable.

·         Flooding remains a serious issue across the far southern Delta and Southeast.

·         Snow and rain will develop in the southern U.S. Plains Wednesday and Thursday with accumulations of 1 to 4 inches.

·         A larger central U.S. storm is expected during mid- to late-week next week that will bring significant moisture to the upper Midwest, northern Plains and a part of the western Corn Belt.

Drying in Argentina over the next week to ten days will eventually grab the market’s attention, but today’s soil moisture is very good and crops will coast through this first week of net drying without much stress. Timely rain will be needed again later in March to ensure the best production potential.

South Africa will have its best summer grain and oilseed production year since 2017 with weather over the next two weeks maintaining that favorable outlook.

Southeast Asia palm oil weather remains quite favorable and little change will occur through the next two weeks.

Europe weather is mostly good and winter crops will need timely rainfall to support normal development this spring especially in Spain where the greatest drying has occurred recently.

Concern is rising over early season corn planting delays in the U.S. Delta and interior southeastern states because of too much rain. The problem of moisture excesses will continue into March delay will be realized.

North Africa, Spain and Portugal are drying down and significant rain will soon be needed in unirrigated areas to ensure the best production potential. Some yield cuts have already occurred in southwestern Morocco, but losses elsewhere have not been as significant. Rain must fall soon, however, since reproduction is getting under way in North Africa and will soon occur in the Iberian Peninsula and without rain and good soil moisture yields will come crashing downward.

Limited winterkill around the world this year has kept production potentials mostly good, although winter crops were not well established in the U.S., Southeastern Europe, southern Russia, Kazakhstan or China. With that said most of these areas have received good amounts of moisture during the winter which should translate into improving crop development potential early in the spring so that production potentials are favorably restored.

India is still expecting a large crop even though there is not much precipitation expected in key wheat areas for a while. Some showers will occur in eastern and far northern parts of the nation in this coming week which will support some reproduction. 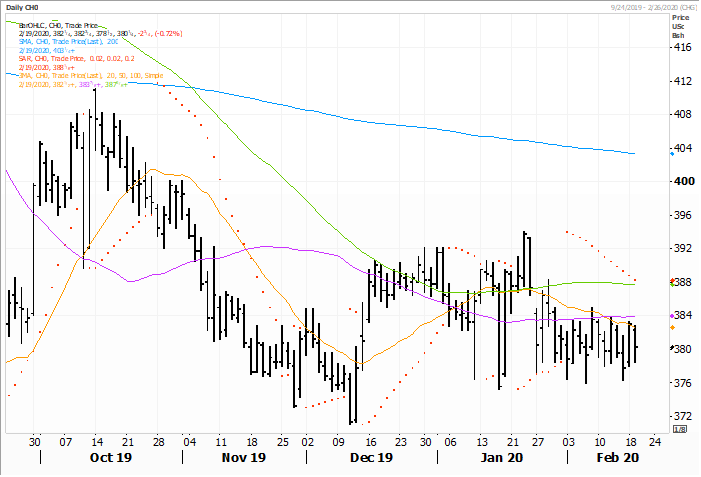 We heard there was pricing today in SBO/HO 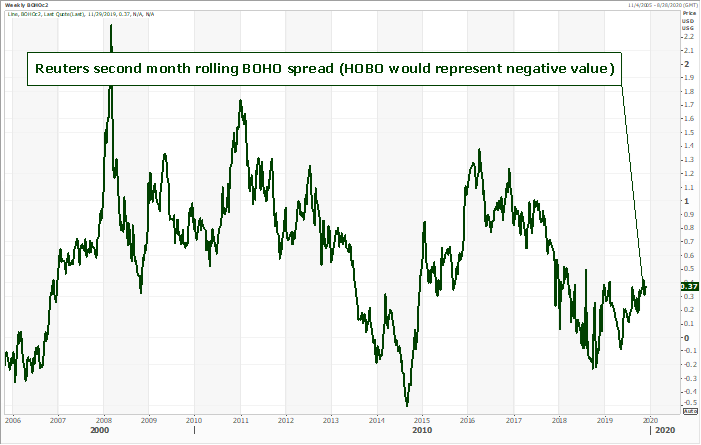 ·         US wheat traded lower on profit taking but ended well off their session lows.  Texas crop rating improved 11 points to 35 percent G/E.  Traders should monitor the wheat import tenders by Taiwan and Morocco (in for US) through March 5.

·         Egypt said they have enough wheat for reserves for 4.7 months and sugar for 5.3 months.  Egypt also aims to buy 4 million tons of wheat starting April 15.  They may be in soon for an import tender but as of 3:00 CT, there were no announcements. Maybe Thursday.