Global tenders increased especially in soybean meal and corn.  The pace of the coronavirus spread is slowing but deaths continue to rise. China officials are asking local crushers to resume operations, if they have not already.

Favorable soil moisture is present in Argentina, Brazil, South Africa, India and some eastern Australia locations which should support crop development.  There is still some concern over harvest conditions in early season soybean areas of Brazil which may lead to more delay in second season corn planting.

More rain will fall this week in northern and eastern Europe and from there to Ukraine and that will improve early season crop development potentials for areas that were too dry last autumn.

China’s winter crops are still rated favorably with a big potential for improving rapeseed conditions in the early weeks of spring after recent weeks of rain.

India’s winter crops are still poised to perform quite favorably, despite a drier biased outlook for the next ten days.

Eastern Australia sorghum conditions have improved, but drought remains in key production areas and much more rain will be needed before winter planting of canola begins in late April. Summer crop development has improved, but it will still be a very small crop.

South Africa crop conditions are still rated quite favorably with little change likely, despite some net drying for a while.

Today’s weather will have a mixed influence on market mentality.

Many of the winter crop areas in the world that experienced poor crop establishment because of dryness last autumn have seen some timely precipitation in recent weeks. The moisture should help improve winter crop establishment prior to reproduction this spring. There has also been very little winterkill this year and that should be supporting larger crops.

The biggest dry concern today is in North Africa and in particular southwestern Morocco where durum wheat and barley production has been cut. There is potential for larger small grain losses from North Africa if improved rainfall does not occur soon. Spain and Portugal are also drying out, but have adequate subsoil moisture for now.

Overall, despite market performance of late, there is still no good weather related reason for futures price appreciation and some caution is warranted there.

Today’s weather will maintain a low impact on market mentality. 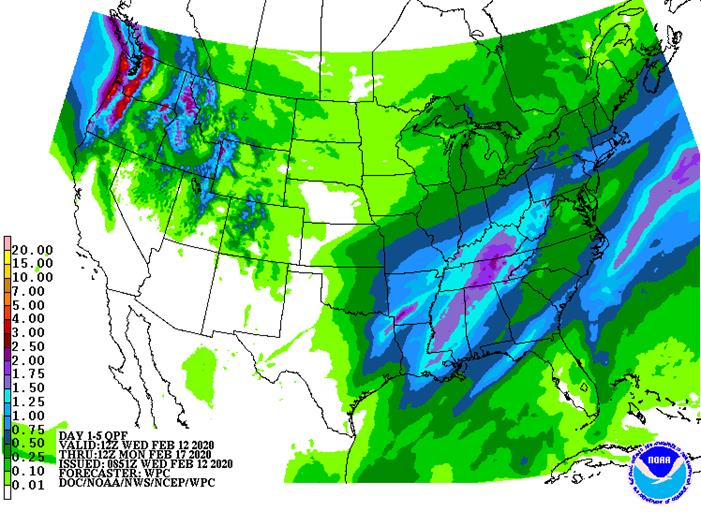 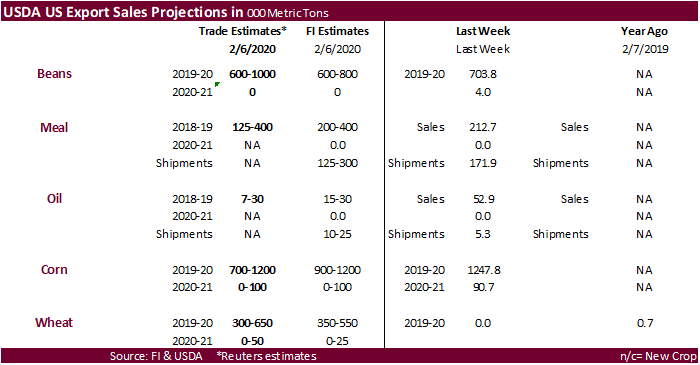 ·         Corn futures started the day lower on follow through selling and lower wheat, despite a spike in South Korean import business.  But then turned higher after Chicago wheat rebounded.  Bull spreading was a feature.

·         South Korea bought at least 261,000 tons of corn overnight.  One source noted SK bought up to 330,000 tons.  They were also thought to have picked up a cargo of feed wheat.  Much of the corn was also said to be sourced from origins other than US PNW due to quality problems. 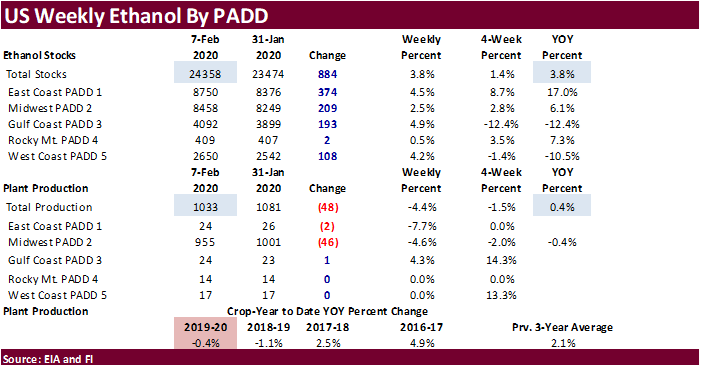 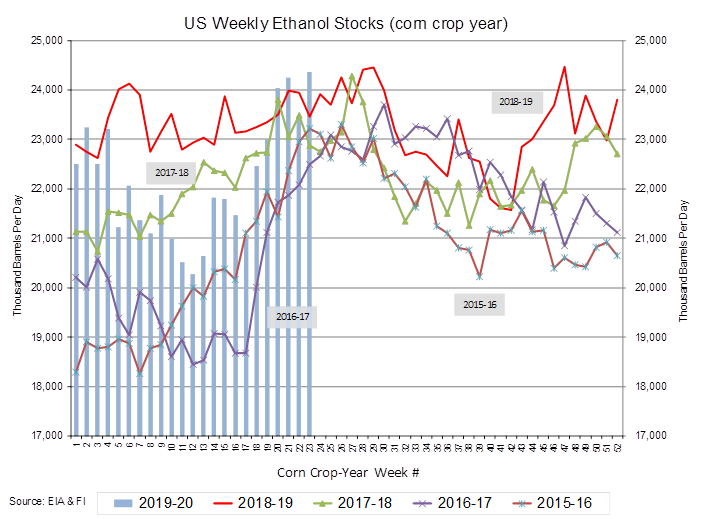 ·         Soybeans turned higher led by bull spreading on lack of US producer selling and good US domestic demand for crush.  We heard there was selling out of Brazil today. 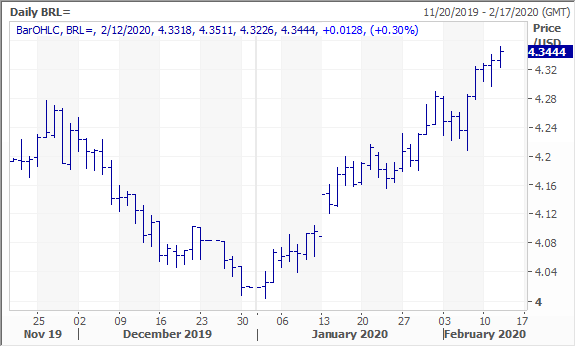 ·         Front month March Chicago wheat closed up 5.50 cents today while May appreciated 4.50 cents and July up by 4.25 cents.  Easing concerns over coronavirus, short covering, and heavy rains forecast for the US Southeast thought to threaten the quality of the winter wheat crop all supported prices.  KC ended higher but Minn was on the defensive on improving global weather.