We
heard China’s Sinograin bought up to 12 cargoes of US beans out of the US Gulf and PNW for shipments between December and January.  China imported 8.18 million tons of Brazilian soybeans in July out of the 10.09-million-ton total.  Malaysian palm oil fell
to a 4-week low. 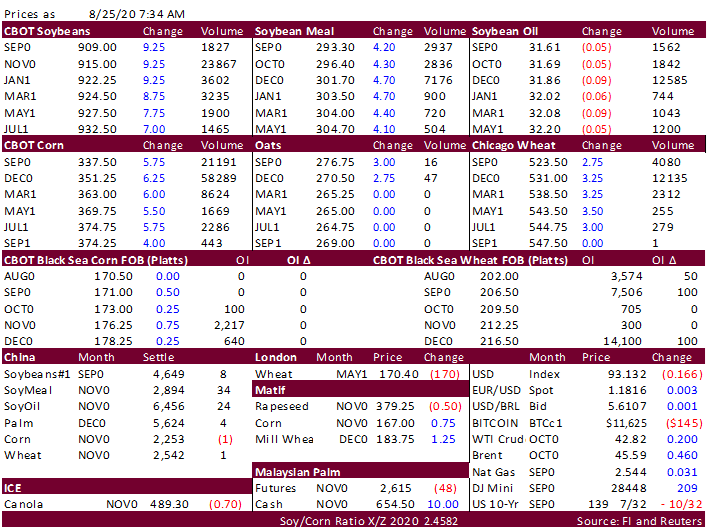 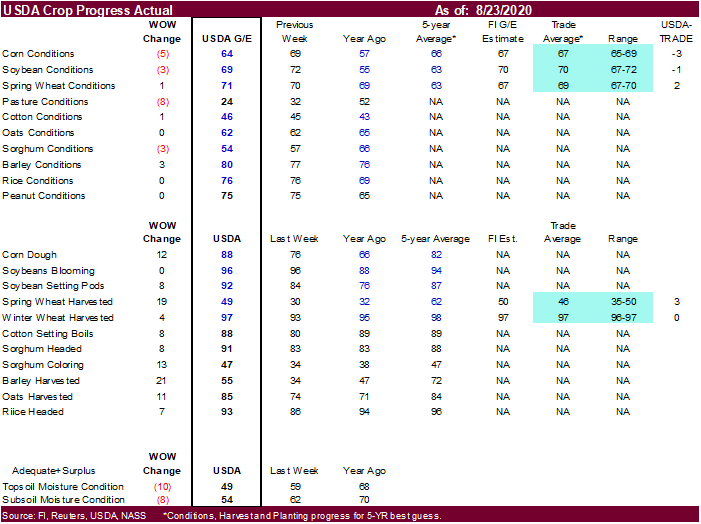 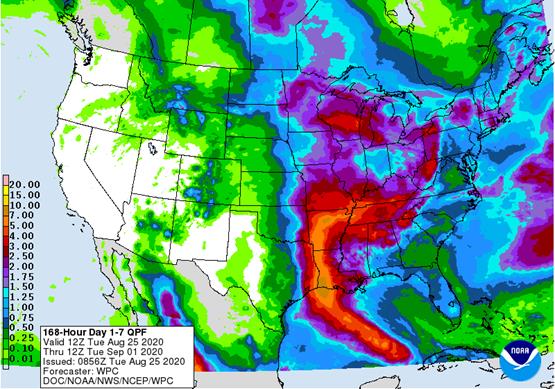 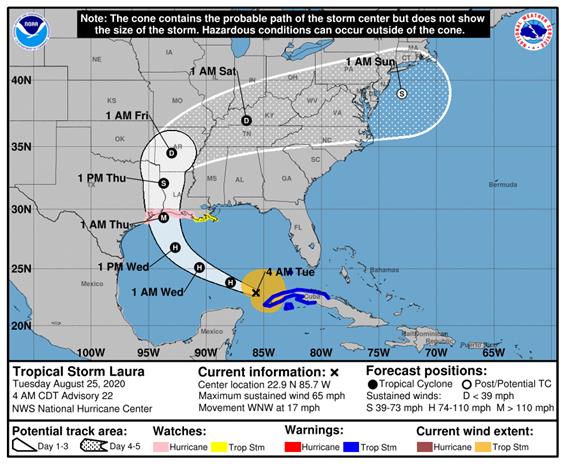 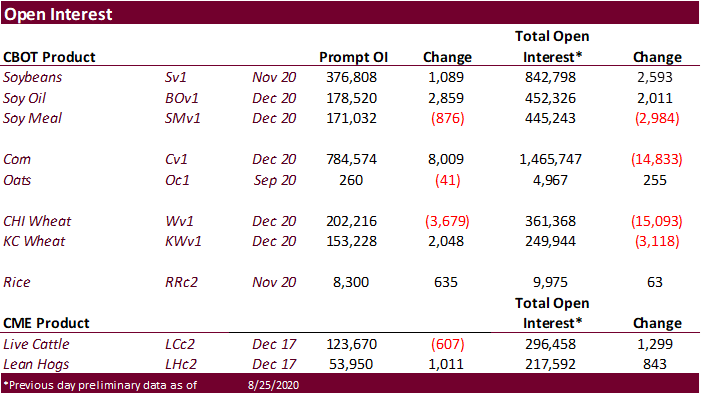 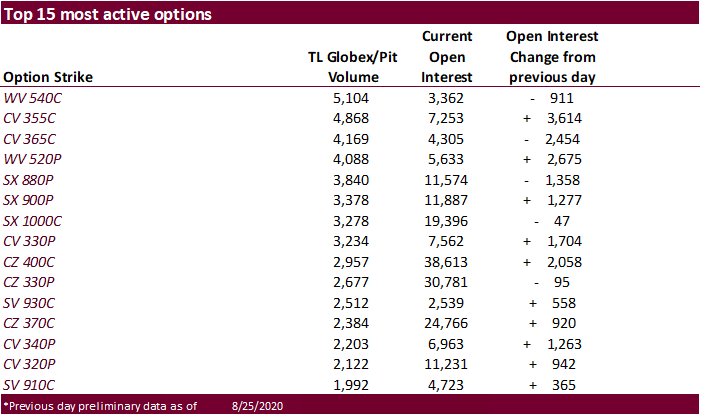 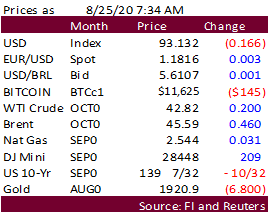