Resenting with basis and prices

Corn
futures traded near their respected 14-month high overnight but lower wheat weighed on prices.  Losses were limited after it was announced by the CBOT that there were 1600 November 420 calls exercised on Friday.  Soybeans traded two-sided but remained at more
than a 4-year high.  US wheat futures traded lower on improving weather across Russia and US Great Plains. 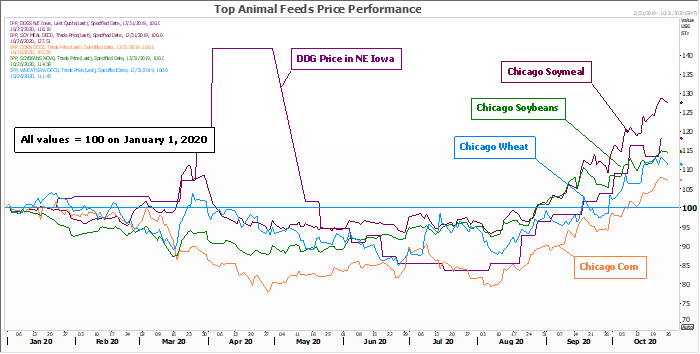 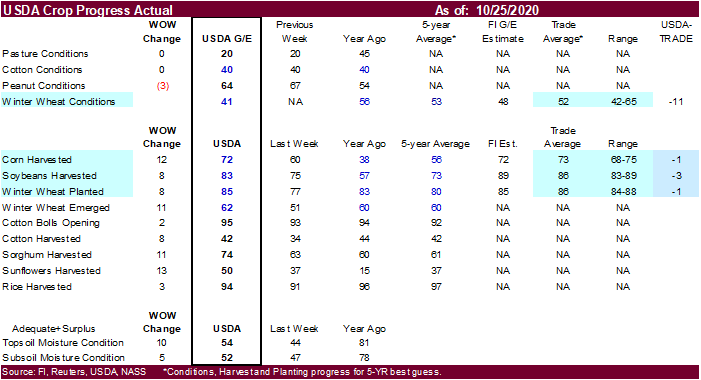 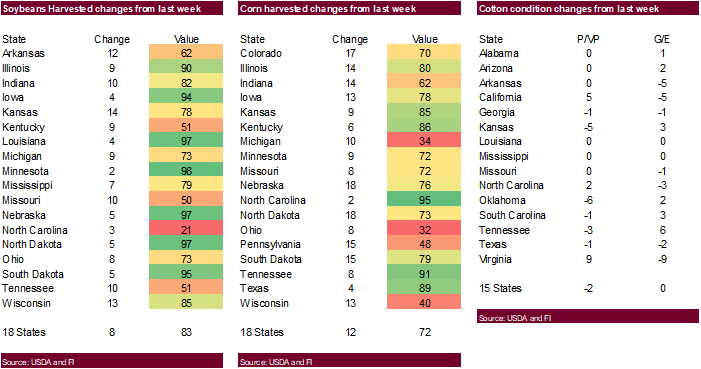 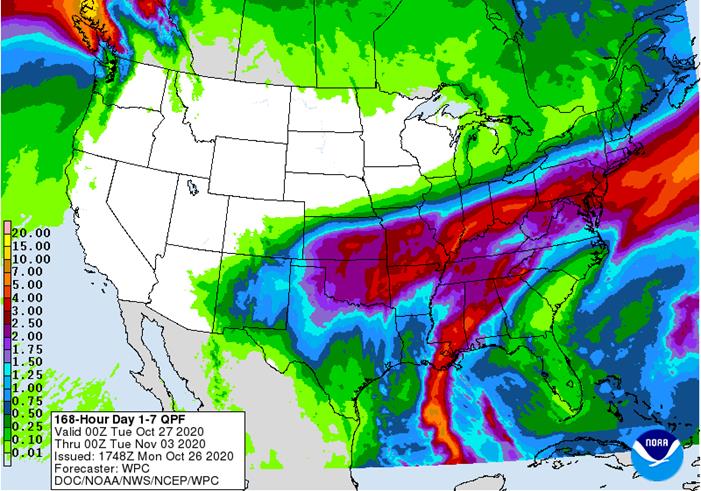 Overall,
Argentina will see a tremendous change in crop conditions, but there is still need for more rain from northern Cordoba to Santiago del Estero and in northwestern Santa Fe as well as in a few La Pampa locations. Weather conditions will be favorably mixed for
the next two weeks, despite the ongoing need for greater rain in the drier areas noted above.

Improvement
is expected to Russia’s Southern Region.  The moisture will help induce improved crop and field conditions, although it comes rather late in the autumn season.  Winter crops will still need more moisture and there will continue to be need for a close watch
on snow cover and bitter cold periods this winter because some of the winter crops may not be well established.

Spring
and summer planting will advance well in eastern Australia while winter crops in the south continue to fill and mature. Harvesting in northern areas will advance around scattered shower s and thunderstorms with the need for drier weather greatest in northern
New South Wales wheat, barley and canola areas.

Note
there were no estimates provided by Reuters 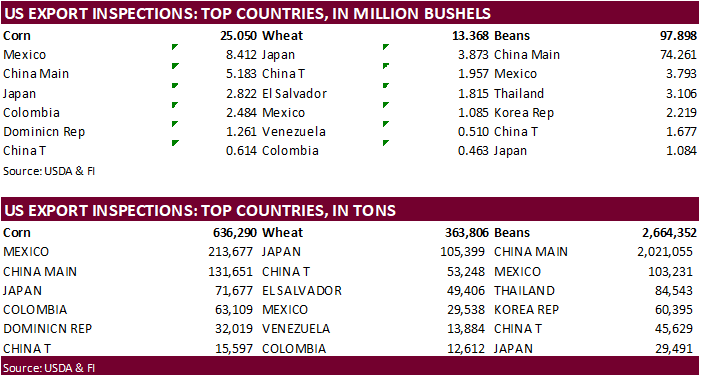 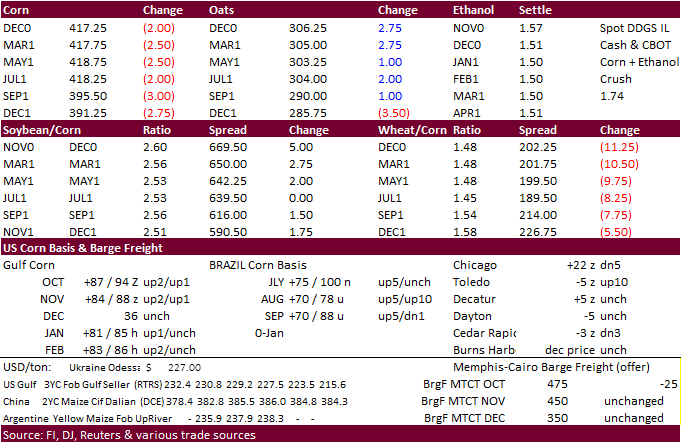 ·
Under the 24-hour announcement system, private exporters reported to the U.S. Department of Agriculture:

–Export
sales of 120,700 tons of soybeans for delivery to unknown destinations during the 2020/2021 marketing year. 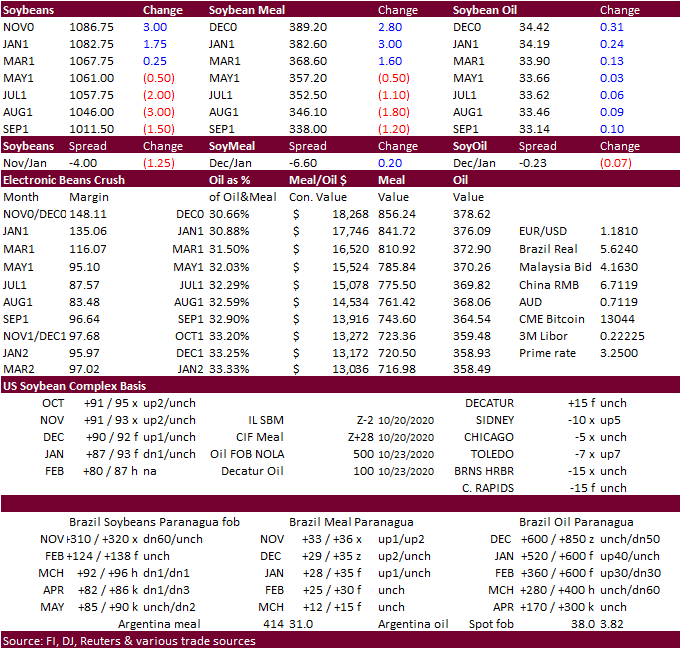 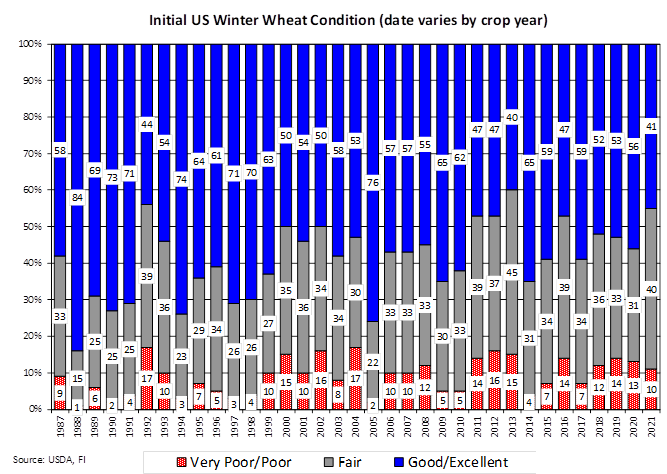