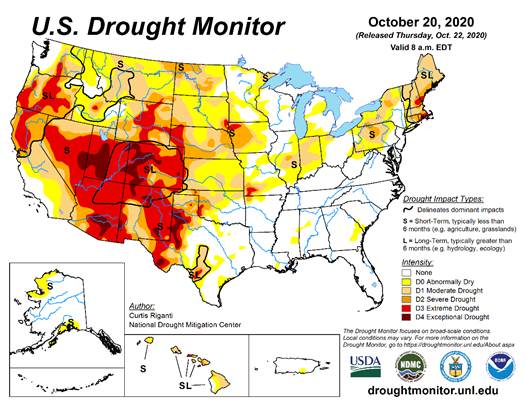 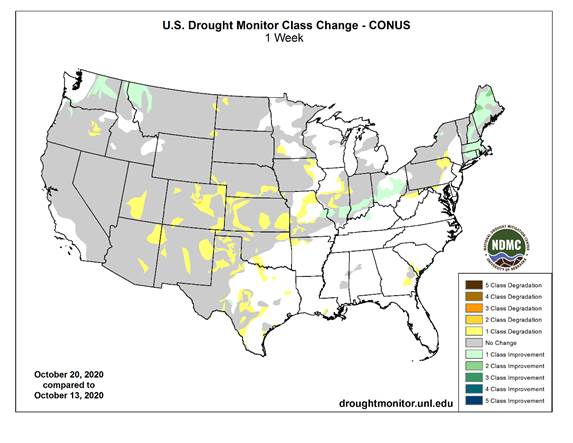 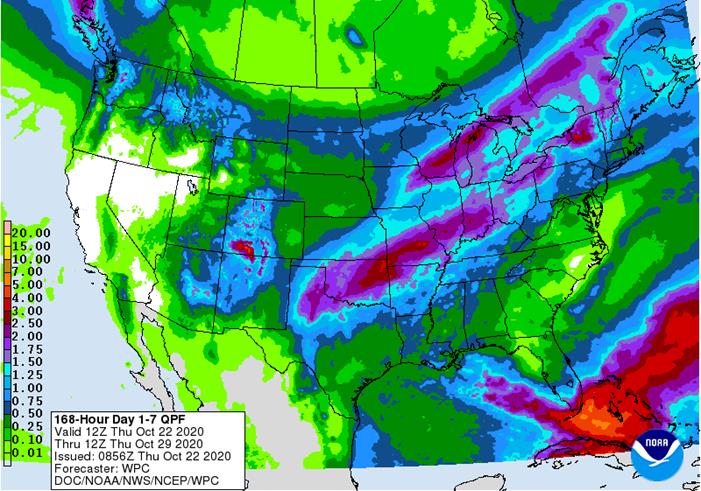 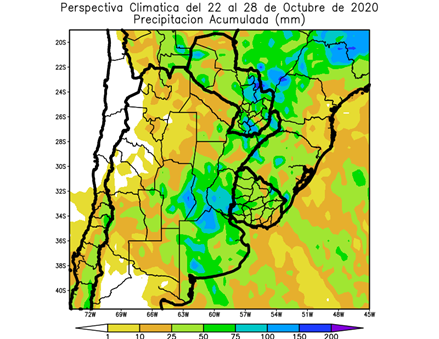 ·
Pork sales were 26,800 tons, unchanged from the previous week.

·
All-wheat export sales were 367,500 tons, within expectations.  Mexico and Nigeria were the largest buyers. 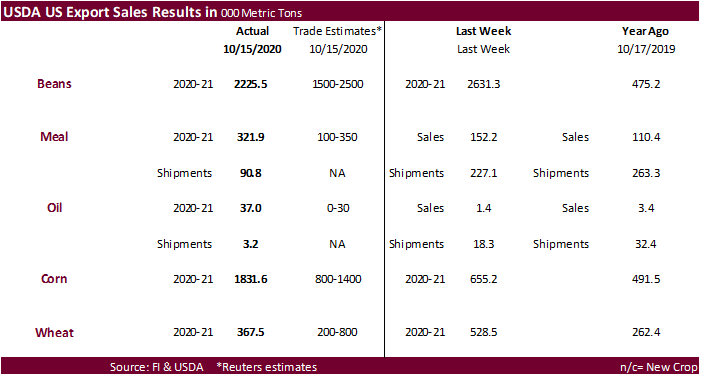 ·
Pork sales were 26,800 tons, unchanged from the previous week. 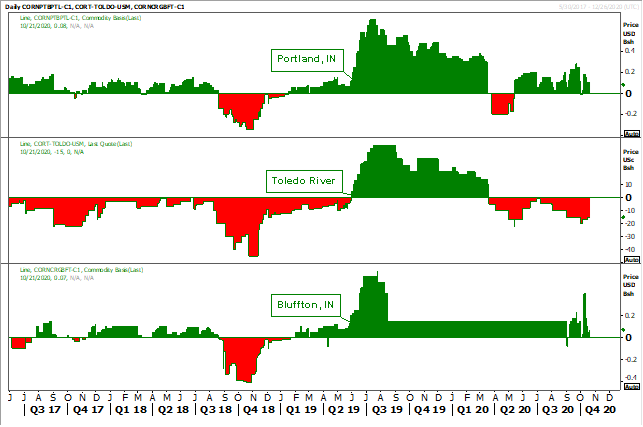 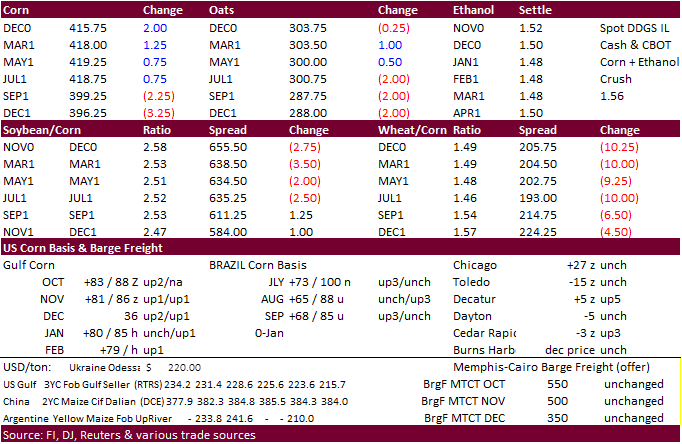 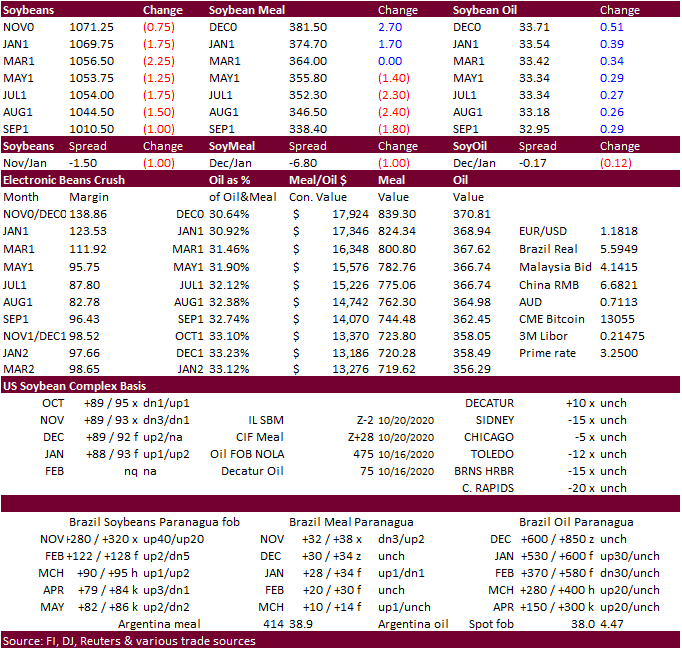 ·
All-wheat export sales were 367,500 tons, within expectations.  Mexico and Nigeria were the largest buyers. 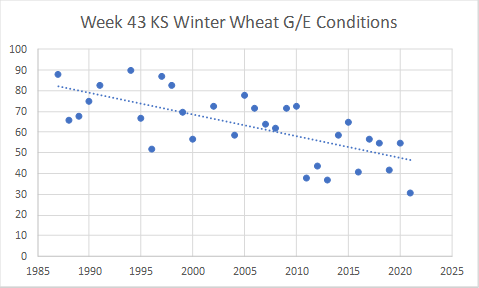 We
estimate the initial US winter wheat rating at 48 percent for the combined good and excellent categories, compared to 64 percent last year and 51 percent average. 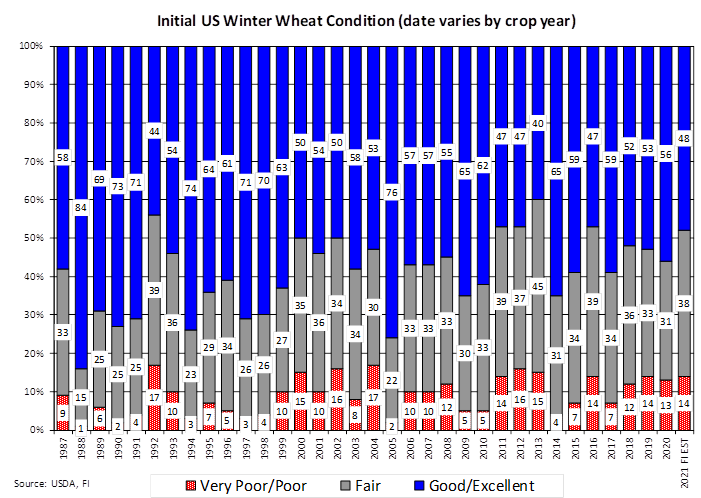 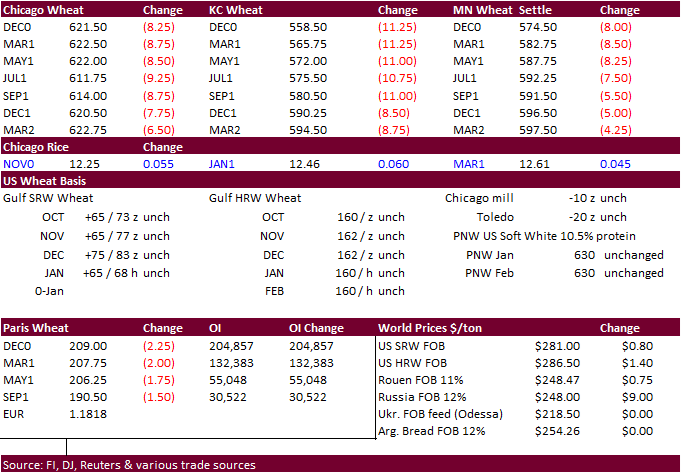 This
summary is based on reports from exporters for the period October 9-15, 2020.

Barley:
No net sales were reported for the week.  Exports of 200 MT were to South Korea.