Rain
will increase in Brazil but there is now talk too much frequent rain could delay soybean plantings for some areas.  Brazil rainfall will slowly increase over the next two weeks in center west and center south crop areas improving soybean planting and establishment
conditions.  Argentina will see additional rainfall Friday through Sunday of another 0.50 to 2.00 inches.  Northern US Great Plains saw snow over the past day, delaying fieldwork activity.  Eastern Ukraine and Kazakhstan will see limited rainfall for a while. 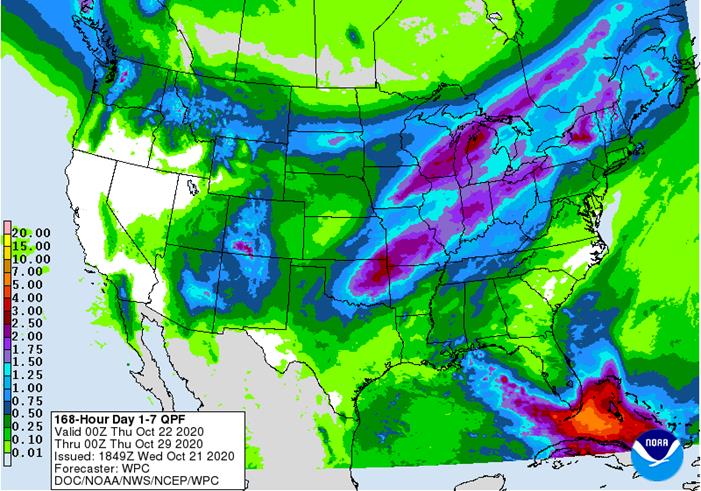 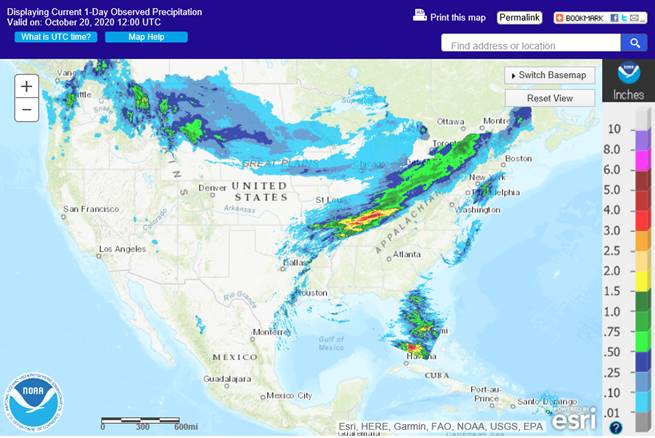 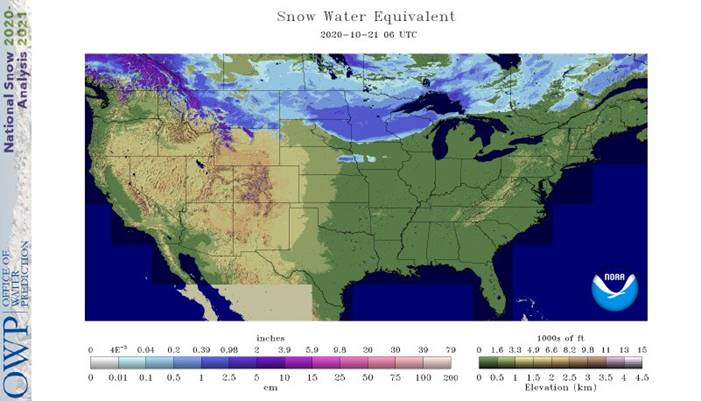 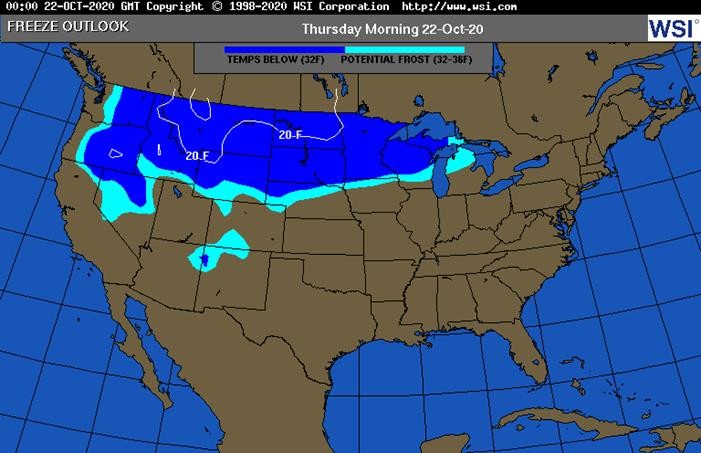 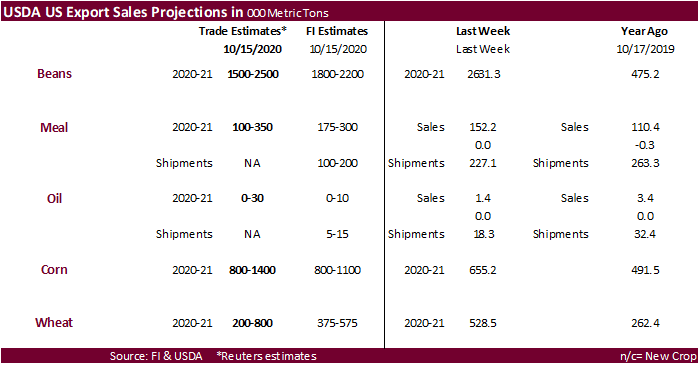 Weekly
US ethanol production fell 24,000 to 913,000 barrels from the previous week, which was unexpected as a Bloomberg poll called for a 7,000 increase.   Ethanol stocks declined 287,000 barrels to 19.721 million.   Traders were looking for stocks to increase 224,000
barrels.  Early September to date ethanol production is running 6.4 percent below the same period a year earlier.  Ethanol stocks are down 8.3 percent
from this time last year.  US gasoline stocks of 227 million barrels are up 1.9 million from the previous week.  Ethanol percent blended to conventional gasoline was 92.5%, up from 93.4% previous week. 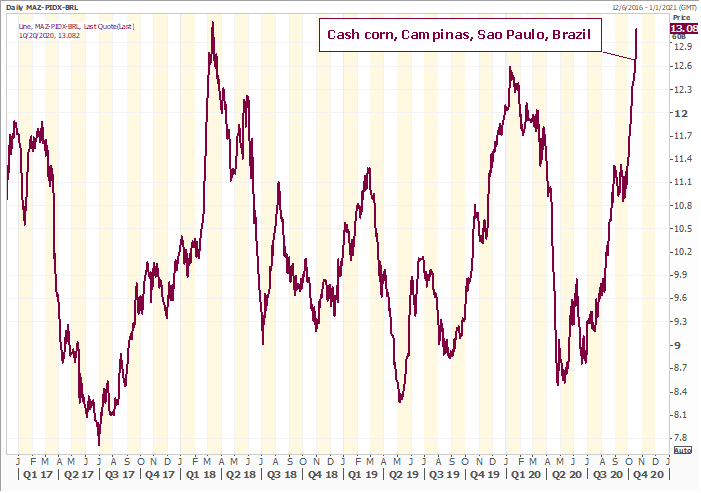 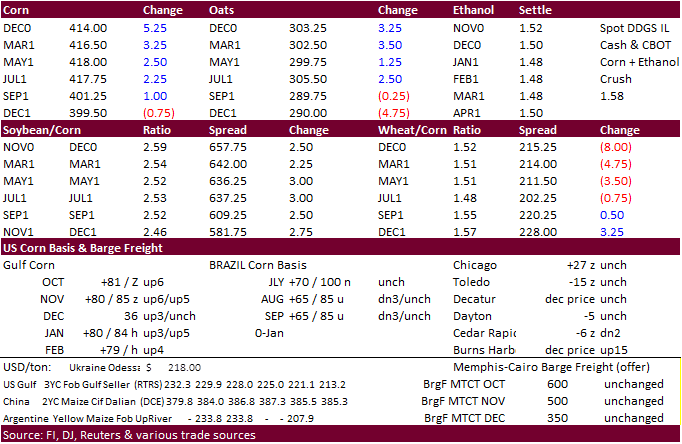 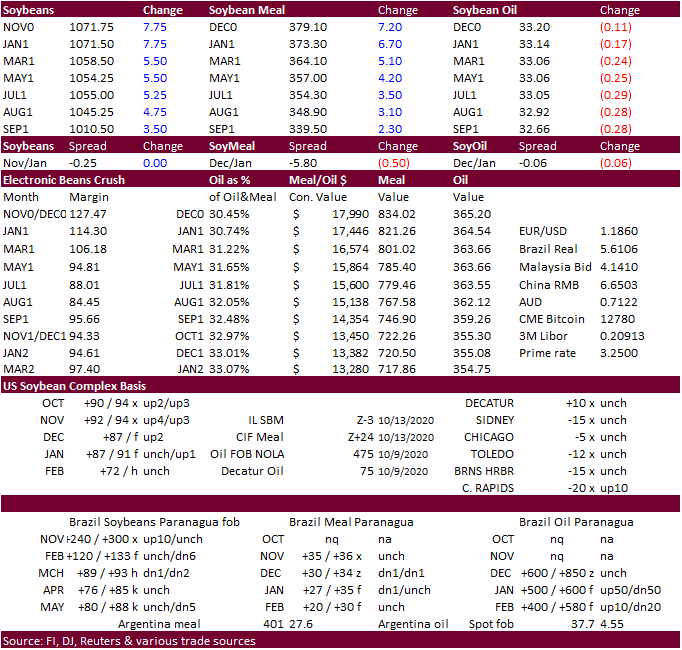 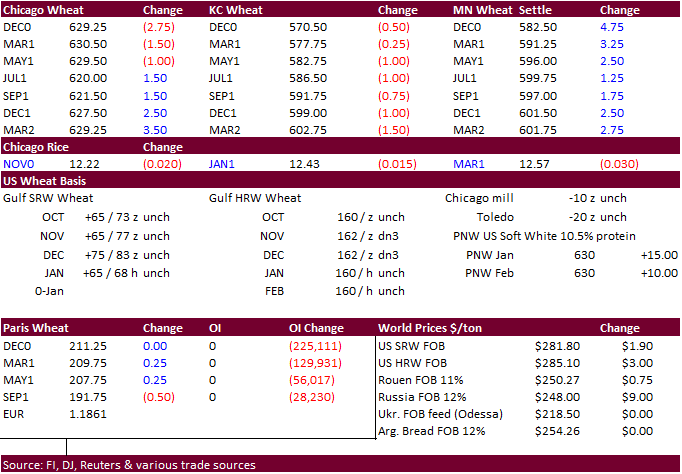