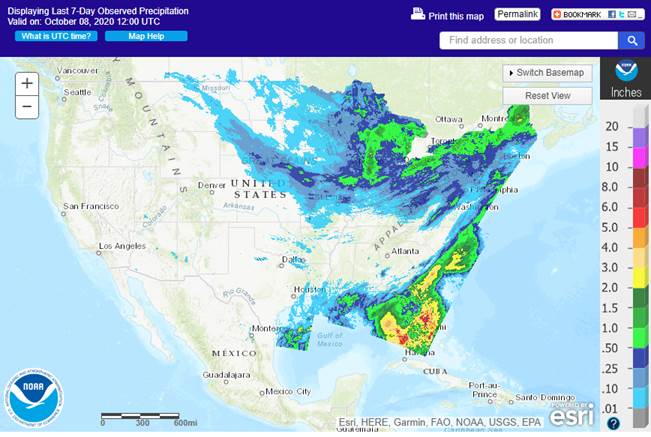 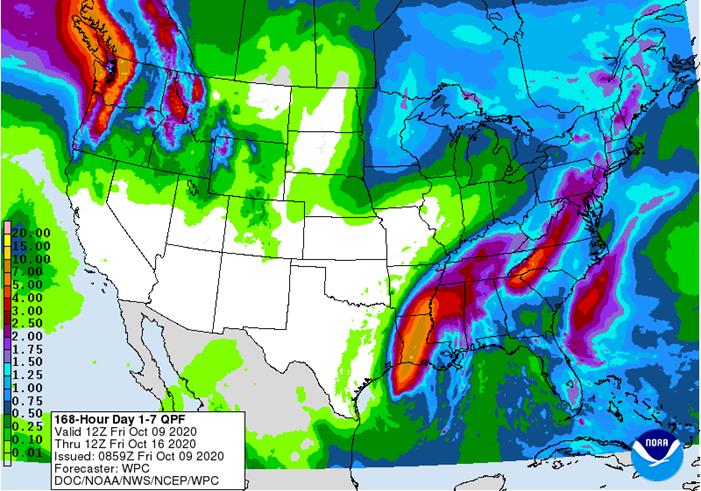 The
00z GFS model run was too wet in the central and southern Plains. The drier 06z and especially the European model runs are preferred.

The
generalities of the South America outlook have not changed much today relative to the previous model run or the overall outlook suggested Tuesday. Argentina is not likely to see much rain until October 18 except in Buenos Aires where some rain will fall this
weekend. The potential for at least some dryness relief is improving for the Oct. 18-21 period, but confidence in its significance is still low. In Brazil, a period of beneficial moisture will impact center west and center south crop areas next week and the
following weekend; although portions of Mato Grosso do Sul and western and northern Parana as well as western Sao Paulo may not get much rain and will need more soon.

The
advertised potential rain events in southwestern Australia and Queensland during the second week of the forecast today has been showing up in the model data a little more routinely recently, but the systems advertised are not quite right and additional adjustments
will occur during the weekend and we will be watching these areas closely for Sunday’s weather update. 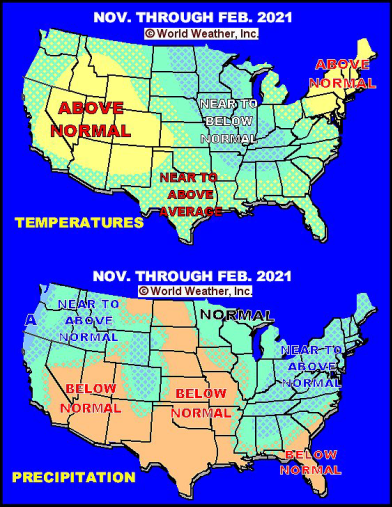 Traders
missed the long positions for all 5 commodities in this weeks CFTC COT report. 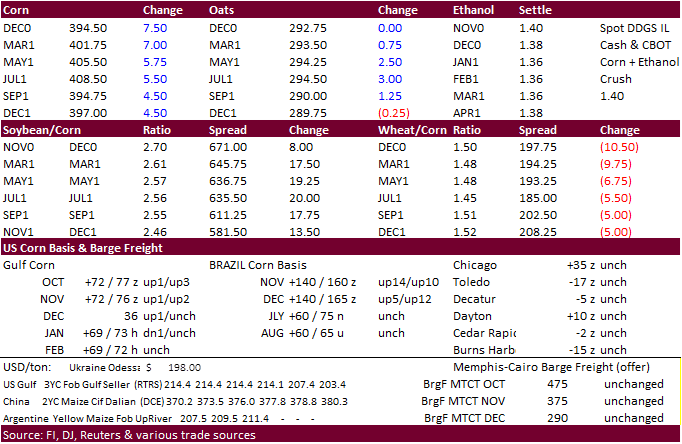